London, UK; Singapore – 6 October 2020 – WildBrain Spark, the premium kids and family AVOD network and studio, has signed a deal with leading India- and Singapore-based animation studio, Cosmos-Maya, to grow the hit non-dialogue comedy series Eena Meena Deeka on YouTube and other AVOD platforms. Under the deal, WildBrain Spark and Cosmos-Maya will co-finance season three of the 2D animated kids’ series, to be produced by Cosmos-Maya with delivery commencing December 2020. The new season will roll out alongside season one of the series on the first-ever exclusive YouTube channel for Eena Meena Deeka, which WildBrain Spark will launch and manage on their network.

A crossover project in the truest sense, this will be one of the first times an Indian animation series has been co-financed with an international partner. Eena Meena Deeka is a show originally created by Cosmos-Maya, who handled the production and distribution of the first two seasons worldwide and witnessed success with engaged audiences in over 100 countries, especially in Europe and Latin America. WildBrain Spark will hold AVOD and other distribution rights for seasons one and three of the show, outside India and the Indian subcontinent, and will also spearhead ad sales for Eena Meena Deeka on AVOD platforms in the same territories. Cosmos-Maya retains global linear television rights for the series. Worldwide rights for season two are held by Netflix. 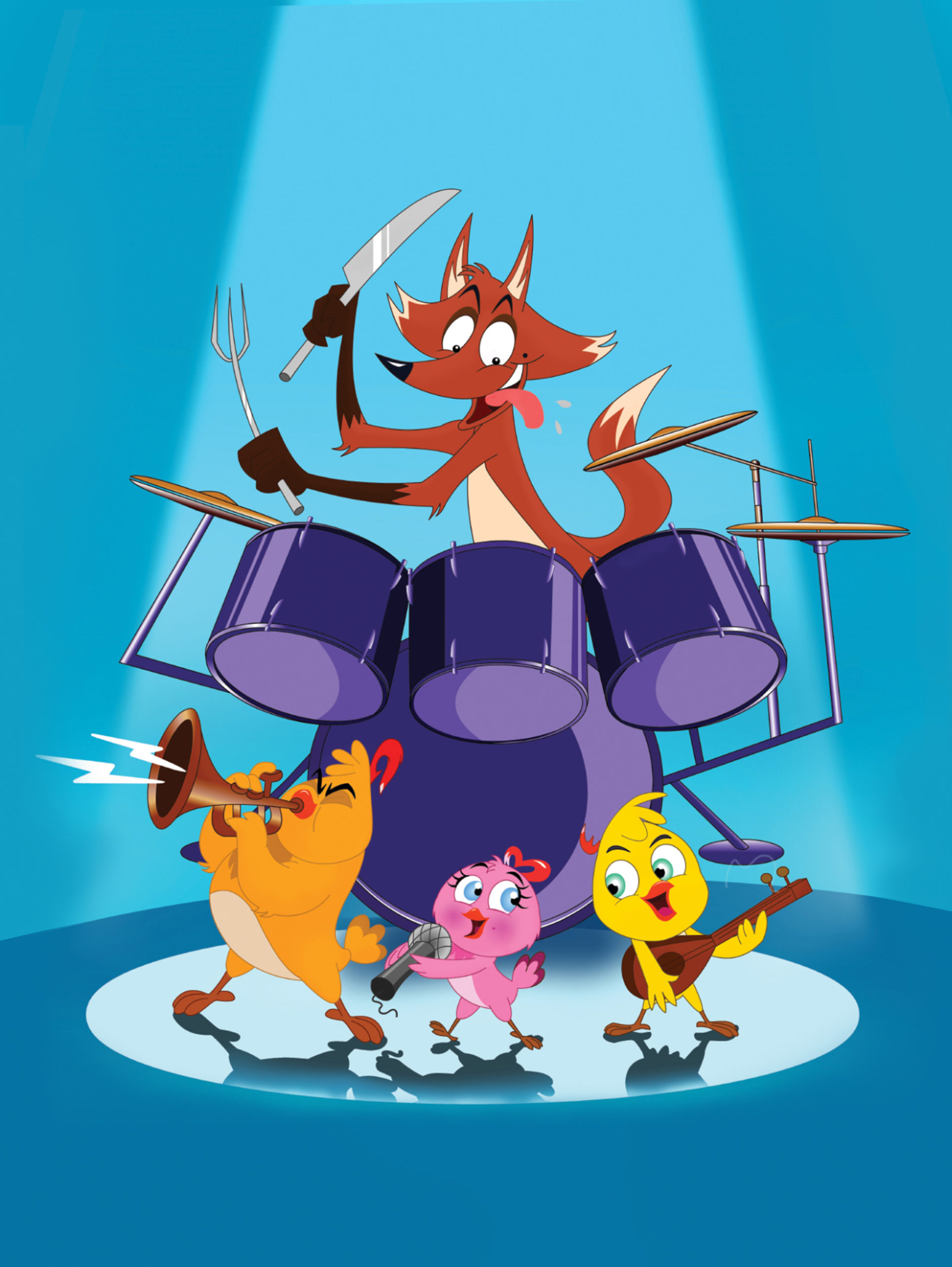 Jon Gisby, EVP and Managing Director at WildBrain Spark, said: “Season one of Eena Meena Deeka has been a top perfomer on WildBrain Spark’s hub channels, and we know from our data that its humour and non-dialogue format keep audiences engaged around the world. This hilarious original IP from Cosmos-Maya represents an ideal opportunity to leverage WildBrain Spark’s expertise in reaching kids and families through YouTube channel management, digital IP strategies and direct ad sales. We look forward to working with Cosmos-Maya to grow Eena Meena Deeka as we extend the brand’s reach with an official channel and new original content.”

Anish Mehta, CEO of Cosmos-Maya, said: “This is a huge leap for brand Eena Meena Deeka. Our belief in the brand’s universal storytelling has been proven by its global digital success to date and WildBrain’s digital distribution enabled it to expand much further. There are also more 360-degree initiatives in the offing from Cosmos-Maya.”

Devdatta Potnis, SVP – Revenue and Strategy for Cosmos-Maya, added: “It is fair to say that we are moving towards a media-agnostic space. Eena Meena Deeka has proven that content today transcends borders and languages much faster than previous times allowed. We can attribute a lot of this to sweeping technological changes and consumer behaviours, which have led producers to recognize the need for creative deal structures that can facilitate good content with the potential to reach maximum audiences globally, and also mutually benefit all business entities involved. WildBrain Spark shares our belief and we have immense confidence in them and in the potential the third season of Eena Meena Deeka holds.”

Eena Meena Deeka is a slapstick action comedy series full of gags, which tells the story of a constant chase between a cunning fox and three chicks – Eena, Meena and Deeka. The perennially hungry fox is forever on the prowl for these chicks who are always at the ready to foil his plan and out-fox him. Every failure goads the angry but determined fox to devise even more elaborate plans to outwit them in each passing episode, which usually ends up being a wild chick chase. Season one of Eena Meena Deeka has previously been available in a non-exclusive deal via WildBrain Spark’s Hub channel, where it is one of the top-performing third-party brands, having captured over five-billion minutes of watch time, representing over 874 million views since 2016.

The company primarily focuses on creating IP in the kids’ animation space and is presently working on multiple Indian animation TV series with all the major linear & non-linear broadcasters in the territory. As a leading producer with a track record of successful shows, the studio presently has 18 shows on air and 10 in production, including four finished European co-productions, and the fifth and latest one being ‘Galactic Agency’, a co-production with Studio 100. The studio has also stepped into the International Animation Feature Film domain and is co-producing the full-length feature Film ‘Dogtanian and the Three Muskehounds’.

Cosmos-Maya has a solid reputation for consistent delivery of popular Indian animated content and has produced an unprecedented 40000 minutes of original animation in the last five years, comprising over 2000 half hour episodes. Cosmos-Maya’s IPs air in more than 150 countries today.