Halifax, NS – 9 November 2018 – DHX Media (or the “Company”) (TSX: DHX, NASDAQ: DHXM), a global children’s content and brands company, is pleased to announce that seasons 1 and 2 of Waffle the Wonderdog have been picked up by ZDF to transmit on their main channel and on KiKA, and also by 12 other networks internationally. Recently greenlit for a second season by CBeebies, Waffle the Wonderdog is a live action preschool series about a family that adopts an adorable talking dog. The show is produced by Darrall Macqueen and distributed internationally by DHX Media. KiKA channel will begin airing the series on December 3rd 2018, followed by ZDF on 2 February 2nd 2019. ZDF and KiKA are Germany’s national public broadcasters. 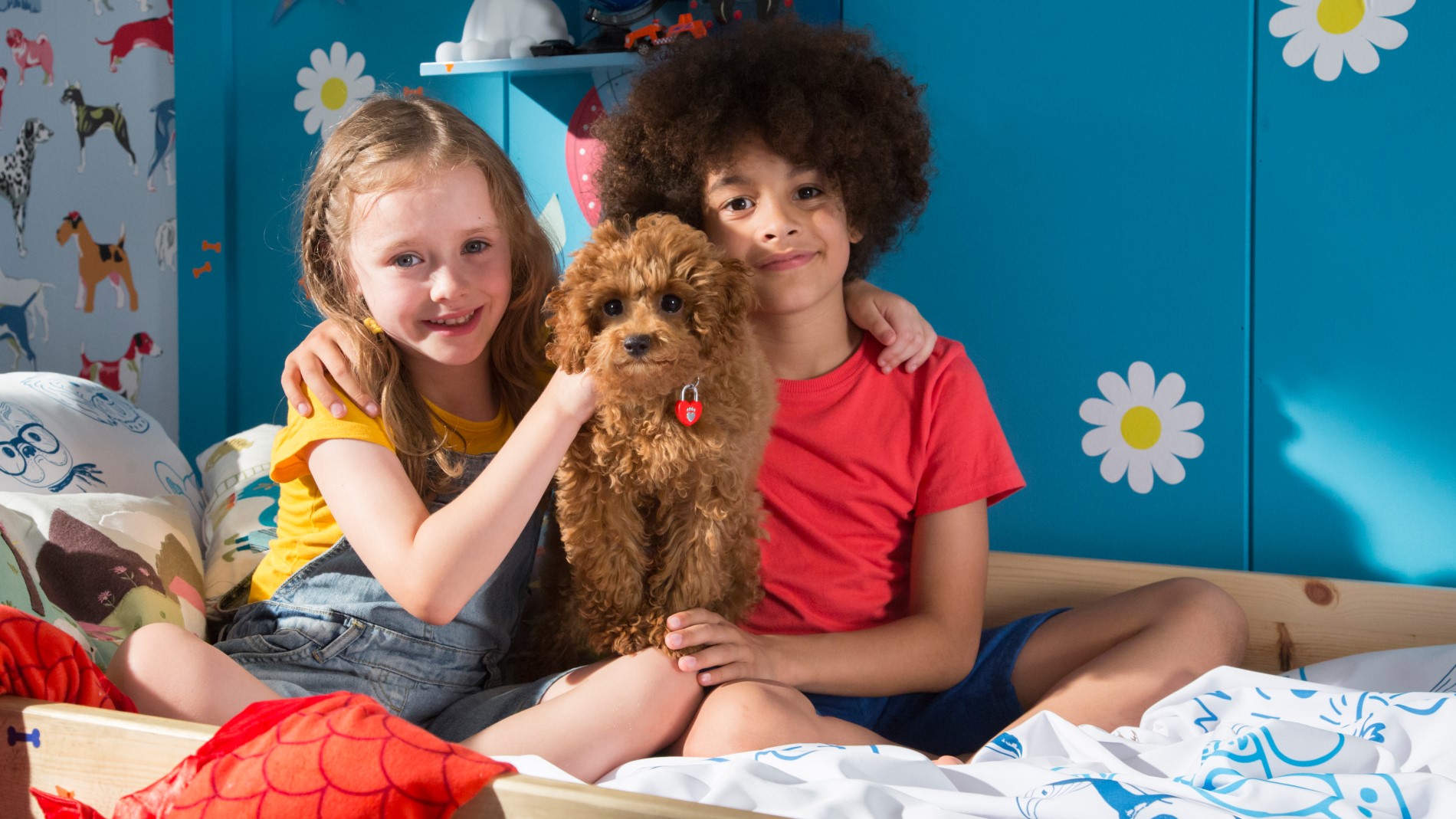 “We’re really happy that broadcasters are rolling out Waffle the Wonder Dog for viewers, worldwide,” said Jerry Diaz, VP Distribution, DHX Media. “Darrall Macqueen has produced a terrific, heart-warming and funny show for families to enjoy. With a second season already in production, we’re confident the little talking pooch, Waffle, will continue to win the hearts of viewers around the world.”

Billy Macqueen, Co-Founder of Darrall Macqueen, adds: “The adventures of Waffle the Wonder Dog are full of fun and emotion with stories that will resonate with a global audience. We are thrilled by the success of the series on CBeebies in the UK and are super happy the show will now have a huge international fan base.”

About Waffle the Wonder Dog

Waffle the Wonder Dog (60 x 11’) is a charming, original comedy drama series for children aged 4 – 7 and their families.

When the Brooklyn-Bells start living together as a newly blended family, they don’t expect to take on a pet too – until, that is, they find an adorable, little, lost puppy hiding in their house. This is Waffle, who woofs and wags his way into the family’s hearts with comedy, chaos and huge slobbery doggy kisses of cuteness.

Life is never the same again for this family as Waffle is a very unique, magical dog. Not only does he have an undying desire to befriend next door’s cat and the cat’s dog-hating owner – but, as the family soon discovers, Waffle can talk!

Darrall Macqueen is a multi-award-winning UK indie producing high-quality and innovative children’s and pre-school entertainment for major broadcasters around the world.  Formed in 2000 by former Disney execs Maddy Darrall and Billy Macqueen, the company has a proven track record of devising and producing returning live action and animated series and has championed long-running serialised storytelling for under 7s, including BAFTA award-winning live action drama Topsy and Tim and the 2018 BAFTA nominated CBeebies comedy drama, Waffle the Wonder Dog.

This press release contains “forward-looking statements” under applicable securities laws with respect to DHX Media including, without limitation, statements regarding DHX Media’s distribution and the broadcast of Waffle the Wonder Dog and the business strategies and operational activities of DHX Media. Although DHX Media believes that the expectations reflected in such forward-looking statements are reasonable, such statements involve risks and uncertainties and are based on information currently available to the DHX Media. Actual results or events may differ materially from those expressed or implied by such forward-looking statements. Factors that could cause actual results or events to differ materially from current expectations, among other things, include risk related to the ability of DHX Media to execute on distribution arrangements and other factors discussed in materials filed with applicable securities regulatory authorities from time to time including matters discussed under “Risk Factors” in DHX Media’s most recent Annual Information Form and annual Management Discussion and Analysis, which also form part of DHX Media’s annual report on Form 40-F filed with the U.S. Securities and Exchange Commission. These forward-looking statements are made as of the date hereof, and DHX Media assumes no obligation to update or revise them to reflect new events or circumstances, except as required by law.