Toronto, 11 November 2016 – Cardinal Point Music, a Toronto-based record label committed to launching the careers of talented young artists, is pleased to announce singer/songwriter Josh Bogert will be releasing his debut EP today on iTunes, Google Play and Spotify. The self-titled four track EP features the summer single “Run 2 You” which has garnered a large audience on YouTube since its release this past May, plus three brand new original tracks. In conjunction with the EP’s launch, the music video for Bogert’s newest single “Drowning in the Dark” will be unveiled tonight, debuting exclusively on Family Channel in Canada at 7:25 p.m. ET/PT, followed by the worldwide premiere on YouTube at 8 p.m. ET. 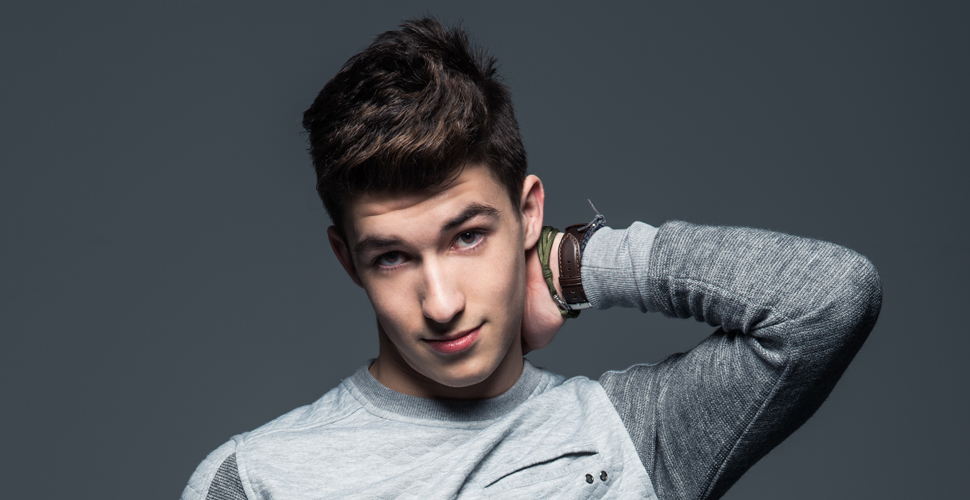 
From first crushes to falling in love, to breaking up and making up again, Josh says his debut EP is relatable to just about everyone. “It’s all about relationships. My first single, “Run 2 You” is about being there for someone you really care about, while “Drowning in the Dark” looks at how being with that special someone makes you a better person. “Best Part of Me” is a bit slower. It’s about the regret felt after a breakup when you realize what you’ve lost, and “Far Away” talks about how no matter the distance, if you love someone you can make it work.” Josh says that his goal is to make the listener feel something. ”I want each listener to relate to my songs in their own way by finding their own meaning and relating my lyrics to their own experiences.”

Getting his start in classical and jazz, Josh draws his influences from a number of musical styles ranging from classical to pop and is a natural when it comes to creating and producing upbeat and sophisticated guitar-pop arrangements. After picking up the violin at the age of four, Josh developed a passion for music, training not only his voice, but learning to play the guitar, saxophone, drums, bass, piano and mandolin. His multitude of musical accomplishments includes more than 80 public performances over the past year – with a gig at New York City’s legendary Carnegie Hall. Most recently, Josh toured seven cities across Canada performing on Family Channel’s Big Ticket Summer Concert bill and can be seen starring as “Miles Lennox” in the hit series Backstage airing on Family Channel in Canada and Disney Channels worldwide. Landing the role exposed Josh to an international fan-base and since the series premiered, he has more than quadrupled his social media followers.

Josh Bogert signed with Cardinal Point Music in November 2015. His summer single “Run 2 You” debuted in May and has racked up more than 170,000 hits on YouTube. Since then, Josh has performed the track live for fans across Canada including appearing on the Global Morning Show and performing on Family Channel’s Backstage Pop-up Studio Tour and Big Ticket Summer Concert Tour.