Modern suburbia mixes it up with the Middle Ages as ordinary teen Dwight accidentally awakens an extraordinary sword-wielding, armor-clad princess from a thousand-year sleep

Double-episode premiere event starts at 7pm ET/PT on March 1, immediately following a new episode of The Next Step

Toronto, ON – February 25, 2021 – Make your home your castle this March and bring spellbinding magic to your living room with the exclusive English Canadian premiere of live-action fantasy series Dwight in Shining Armor on Family Channel. Modern suburbia mixes it up with the Middle Ages in this comical adventure, which makes its highly anticipated English Canadian debut with a double episode event on Monday, March 1 at 7pm ET/PT, immediately following a new episode of The Next Step. 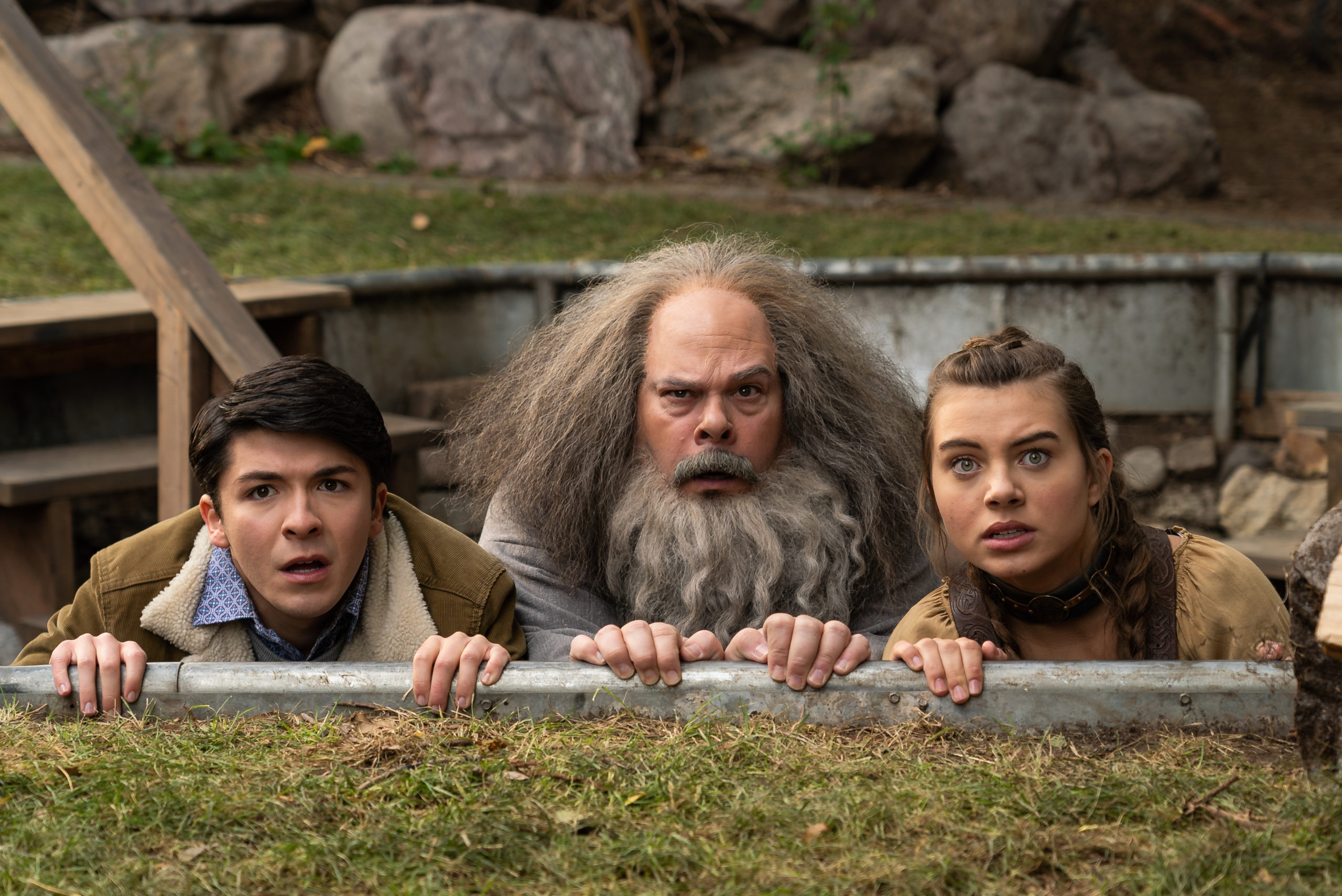 In the premiere of Dwight in Shining Armor, unassuming modern-day teen, Dwight (Sloane Morgan Siegel), falls into an ancient, underground cavern landing lip-to-lip with Gretta (Caitlin Carmichael), a gothic princess who has been magically asleep for a thousand years. Dwight’s “kiss” breaks the spell, not only awakening Gretta and her bombastic court magician, Baldric (Joel McCrary), but also binding Dwight to Gretta as her champion. But as Dwight quickly learns, the fearless, sword-wielding and armor-clad Gretta is no damsel in distress. Still, he must guide these medieval fish out of water through today’s world, even as he helps Gretta thwart a horde of witches, warlocks, warriors and other enemies most foul who have pursued her into the 21st century.

In the second episode, Jacopo the Troubadour (Josh Breslow) appears to demand that Gretta relinquishes her throne, using his magical lute to entrance the citizens of Woodside to do his bidding in his quest. Following the premiere event, catch new episodes of Dwight in Shining Armor on Mondays at 7pm ET/PT on Family Channel.

Katie Wilson, VP Channels and Curation at WildBrain Television, said: “We’re so excited to bring English Canadian families the exclusive premiere of Dwight in Shining Armor. Gretta’s plucky nerve and Dwight’s reluctant heroism set the stage for a note-perfect comedic journey through a suburban landscape that’s fraught with magical medieval peril. This refreshing, original series is the perfect answer to any family jousting over what to watch this March.”

Dwight in Shining Armor is being licensed from ViacomCBS Global Distribution Group, the leading distributor of premium content across multiple media platforms throughout the global marketplace.

The fun continues for the rest of the month with new episodes of Dorg Van Dango, Just Add Magic: Mystery City and The Next Step! Also, beginning Monday, March 15, fans of Miraculous: Tales of Lady Bug and Cat Noir can immerse themselves in the action and adventure of seasons two and three with a week-long “Miraculous Takeover” airing daily from 10am to 12pm and 5pm to 7pm ET/PT. Plus, families can gather around to enjoy great movies all month long, including such favourites as Lemony Snicket’s A Series of Unfortunate Events, 17 Again, Daphne & Velma, Men in Black 3 and a special week of movie nights  beginning March 15 with: