GET PLUGGED IN WITH FAMILY CHRGD THIS HOLIDAY SEASON 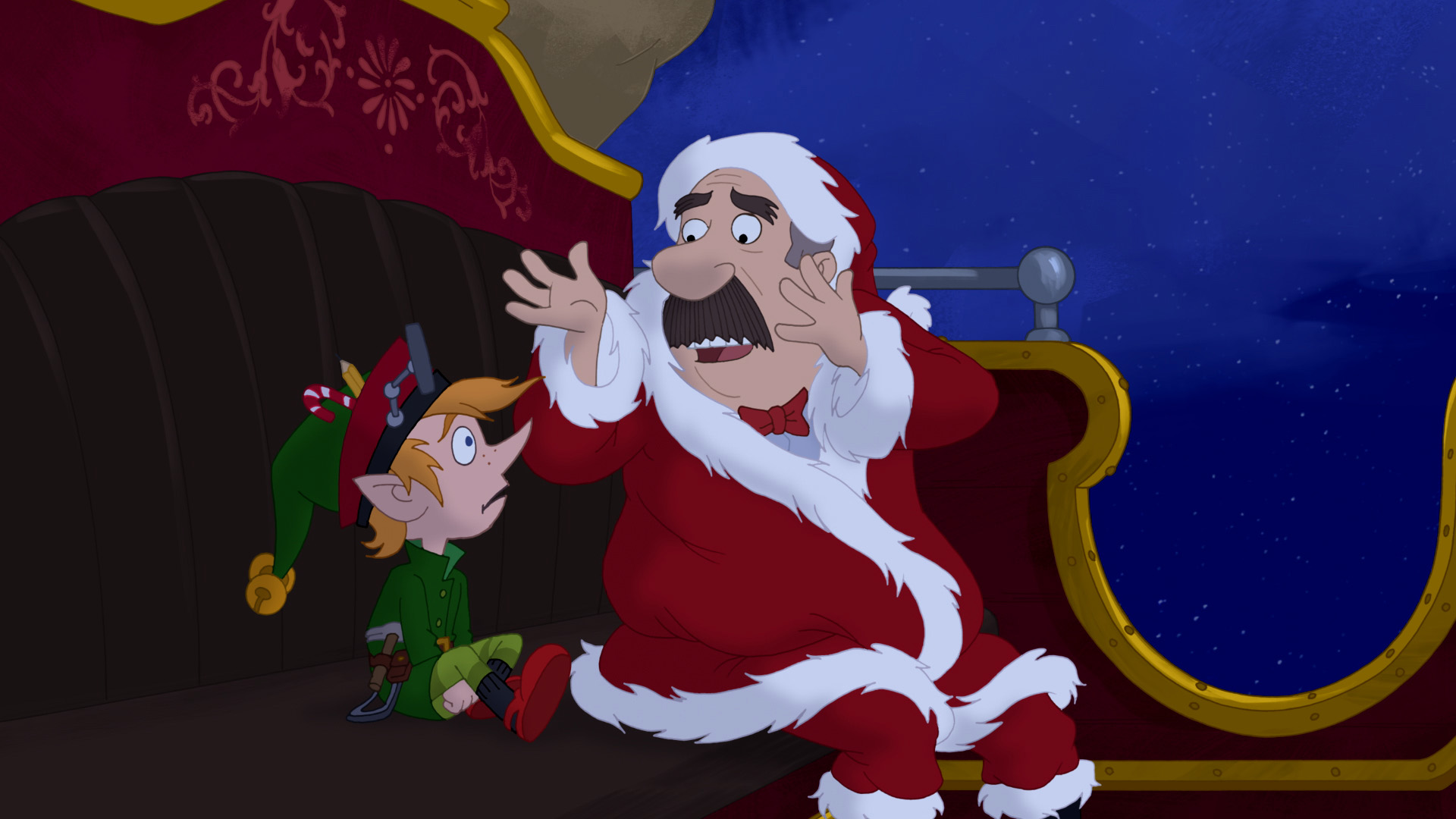 Starting in December and all the way through to the New Year, Family CHRGD is offering a flurry of the craziest, goofiest, most hilarious holiday specials to keep kids laughing well into winter. With wacky winter movies like Home Alone 3 and Bob’s Broken Sleigh and zany Santa specials from Gaming Show (In My Parents’ Garage) and Pac-Man and the Ghostly Adventures, there’s tons of surprises for fans to unwrap this holiday season. Plus, with Family CHRGD currently available on Free Preview, even more viewers will have access to this collection of comedic family specials.

Below is a chronological listing of detailed holiday highlights for December. Select programming will be made available to viewers via Family CHRGD OnDemand beginning December 4. All programming is subject to change. For a complete schedule and holiday games, please visit CHRGD.ca. All times ET.

Saturday, December 5
Elf – Feature Film – 5 p.m.
After accidentally wreaking havoc on the elf community due to his ungainly size, a man raised as an elf (Will Ferrell, Anchorman 2: The Legend Continues) at the North Pole is sent to the U.S. in search of his true identity.

Sunday, December 6
How Murray Saved Christmas – One-Hour Holiday Special – 5:30 p.m.
Based on the best-selling children’s book of the same name, this animated musical special centres on cranky deli owner Murray Weiner (Jerry Stiller, The King of Queens), who is forced to fill in for Santa (Kevin Michael Richardson, Family Guy) one Christmas and does a weirdly wonderful job.

Saturday, December 12
Bob’s Broken Sleigh – New Holiday Movie – 10 a.m.
On Christmas, a young elf named Bob finds himself on a wild sleigh ride after being ambushed by the evil puffin Fishface. Stranded in the middle of a magical forest, it’s up to him and the friends he makes along the way to bring the sleigh back home in time for Christmas.

Home Alone 2: Lost in New York – Feature Film – 5 p.m.
One year after Kevin McCallister (Macaulay Culkin, Robot Chicken) was left home alone and had to defeat a pair of bumbling burglars, he accidentally finds himself in New York City, and the same criminals are not far behind.

Sunday, December 13
Phineas and Ferb – “Phineas and Ferb Family Christmas” – Holiday Favourite – 5 p.m.
The boys decide to put together a traditional Christmas special featuring their family, friends and a few very special guests including Kelly Clarkson (as herself). The episode features three holiday songs – Isabella’s “Let it Snow,” Buford and Baljeet’s rendition of “Good King Wenceslas” and the whole gang singing “We Wish You a Merry Christmas.”

Randy Cunningham: 9th Grade Ninja – “Silent Punch, Deadly Punch” – Holiday Favourite – 5:30 p.m.
Randy travels to the forest to retrieve sap from a sacred tree in order to restock his Ninja gadgets, but McFist beats him there and snags the tree for his holiday party. Randy poses as a Ninja Santa to get in to the party and winds up defending himself against a robot snowman and his team of elves.

Xiaolin Chronicles – “Omi Saves the Holidays” – New Episode – 6 p.m.
The Monks must save Christmas by going into the calendar and fighting Jack Spicer, who has taken over the holiday and turned it into his own “Jackmas.”

Pac-Man and the Ghostly Adventures – “Happy Holidays and a Merry Berry Day” – Holiday Favourite – 6:30 p.m.
As the holidays approach, Pac gets a surprise visit from his parents, who are on a “top-secret mission.” After trying to hide them from even his closest friends, Pac’s pals become increasingly suspicious something is very wrong… and they may be very right.

Pac-Man and the Ghostly Adventures – “Santa Pac” – New Episode – 7 p.m.
Betrayus plans to put an end to PacWorld’s most festive holiday by getting rid of the holiday’s icon, Santa Pac.

Home Alone 3 – Feature Film – Network Premiere – 8 p.m.
Home alone with the chicken pox, nine-year old Alex Pruitt must fend off thieves in search of a top-secret chip which has accidentally been placed in his toy car.

Sunday, December 20
Pair of Kings – “Pair of Santas” – Holiday Favourite – 5 p.m.
In an effort to bring their holiday traditions to Kinkow, the kings promise the islanders a Super Christmas and enlist the island elves to make the toys. When the elves revolt, Boomer and Brady must figure out how to save Christmas.

Kickin’ It – “Oh, Christmas Nuts” – Holiday Favourite – 5:30 p.m.
To teach the gang about the spirit of Christmas, Rudy volunteers Jack, Jerry and Milton to work at Santa’s village. However, their good intentions backfire when the lead elf gets them banned from the mall, forcing them to become “the kids who stole Christmas.”

Horrible Histories – “Episode 8” – New Episode – 6 p.m.
The Saxons exchange disgusting Christmas presents, a caveman goes on a TV cooking show, and we discover the bizarre causes of World War I.

Gaming Show (In My Parents’ Garage) – “All Gamers Day” – New Episode – 6:30 p.m.
The gang decides to create their own video game themed holiday called “All Gamers Day,” and have fun shooting their very own holiday special. Vocal quartet The Tenors make a special appearance.

Saturday, December 26
I, Robot – Feature Film – Network Premiere – 5 p.m.
In 2035 a technophobic cop (Will Smith, Focus) investigates a crime that may have been perpetrated by a robot, which leads to a larger threat to humanity.

Sunday, December 27
Phineas and Ferb – “The Magnificent Few/S’Winter” – Holiday Favourite – 4:30 p.m.
Phineas and Ferb become cowboys and drive a herd of stampeding cattle. Then, the boys create a winter paradise during the middle of summer.

Be the Creature – “Expedition Japanese Macaque” – Holiday Favourite – 5 p.m.
The Kratt brothers roam Japan’s snowy mountains in the north and its coastal beaches in the south, experiencing the life of the world’s northernmost non-human primate, the Japanese macaque.

Mighty Med – “Do You Want to Build A Lava-Man?” – Holiday Favourite – 6 p.m.
Oliver and Kaz travel to Skylar’s home planet, Caldera, to search for the Annihilator’s former mentor, Hapax the Elder.

Mighty Med – “Storm’s End” – Holiday Favourite – 6:30 p.m.
Skylar realizes her powers are greater than the Annihilator’s and no longer wants to take orders from him.