KIDS CAN ENTER TO WIN A STAND UP! RALLY FOR THEIR SCHOOL AT FAMILY.CA

Toronto, 4 September 2018 – Family Channel empowers kids to make a positive change in their communities with the launch of its annual Bullying Awareness Week campaign, promoting the message to Stand UP!, not stand by when you see bullying happen. With such an important issue affecting kids globally, the network is raising awareness with an extensive social media campaign running from Sunday, November 18 – Saturday, November 24. Family will also recognize schools that take a stand against bullying with Stand UP! rallies hosted by The Next Step’s Alexandra Chaves and Backstage’s Josh Bogert. Beginning today, Family.ca is stocked with downloadable resources and activities for kids and teachers, and students can enter for the chance to win a Stand UP! Rally at their school. 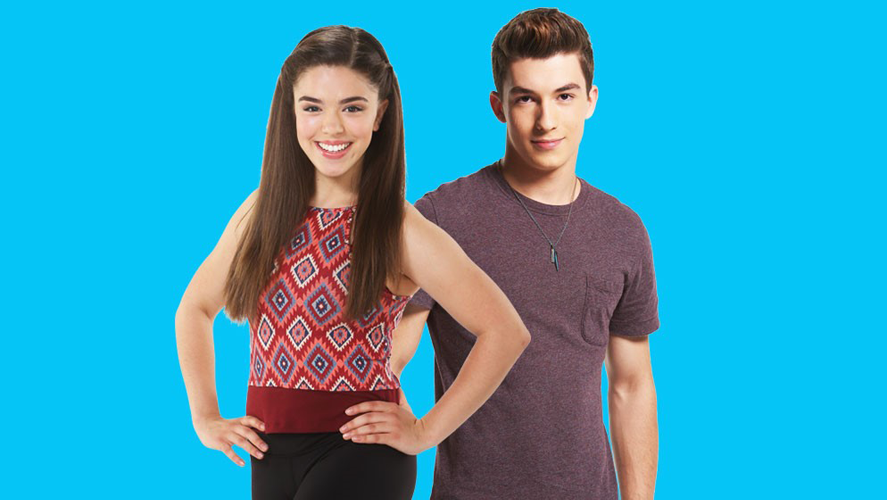 “Bullying remains a prevalent issue for kids across Canada which is why we continue to highlight the problem through programming events on our network and by having our Family Channel stars share their own experiences with our viewers,” said Joe Tedesco, Executive Vice President and General Manager, DHX Television. “We know from our research partners at PREVNet that bullying continues to adapt and by building on last year’s social media campaign that put cyberbullying in the spotlight, we continue to promote positivity and awareness by reaching kids and tweens on platforms where bullying happens.”

An integral part of the Bullying Awareness Week campaign, Family Channel is taking the message of bullying prevention directly to students, bringing Stand UP! rallies to selected schools across Canada. The events will be hosted by The Next Step’s Alexandra Chaves (Piper) and Backstage’s Josh Bogert (Miles), and will include: a collaborative activity led by Family’s research partner PREVNet about promoting positivity by spreading kindness; and a special presentation on leadership by Recess Guardians, who are joining the rally tour for the first time. Recess Guardians is a charitable organization dedicated to bringing play back into recess by building kids’ leadership abilities while encouraging healthy lifestyles. Kids can enter to win one of three rallies by visiting Family.ca and explaining how their school stands up to bullying. The contest is currently open and runs until 5 p.m. ET on Monday, October 15.

Those interested in learning more about Family Channel’s annual Bullying Awareness Week campaign can visit Family.ca/StandUp. In addition to contest details, the webpage offers bullying prevention-themed downloadable resources including tip sheets and activities for students and teachers, prepared by PREVNet in both French and English. During Bullying Awareness Week in November, Family will air bullying prevention-themed programming and special messages from network stars speaking about their personal experiences with the issue.

About PREVNet
Promoting Relationships and Eliminating Violence Network (PREVNet) is a national network comprised of 130 leading Canadian research scientists and their students from 27 universities, and 61 national youth-serving organizations. Launched in 2006 with the Networks of Centres of Excellence, PREVNet’s mission is to stop bullying in Canada and to promote safe and healthy relationships for all Canadian children and youth. Led by Scientific Co-Directors, Dr. Debra Pepler of York University and Dr. Wendy Craig of Queen’s University, this national knowledge mobilization network is the first of its kind in Canada, providing an unprecedented opportunity for social-cultural change. For more information, please visit www.prevnet.ca.