Universal Kids picks up Seasons 1 & 2, to begin airing this summer

Halifax, NS – 13 June 2019 – DHX Media (or the “Company”) (TSX: DHX, NASDAQ: DHXM) and Mattel are pleased to announce that they have greenlit a 26-episode second season of Polly Pocket, the animated series based on Mattel’s original micro-scale doll brand. In addition, Universal Kids, part of NBCUniversal’s Entertainment and Lifestyle Group, has pocketed both seasons, and will begin airing season one in the U.S. this summer. 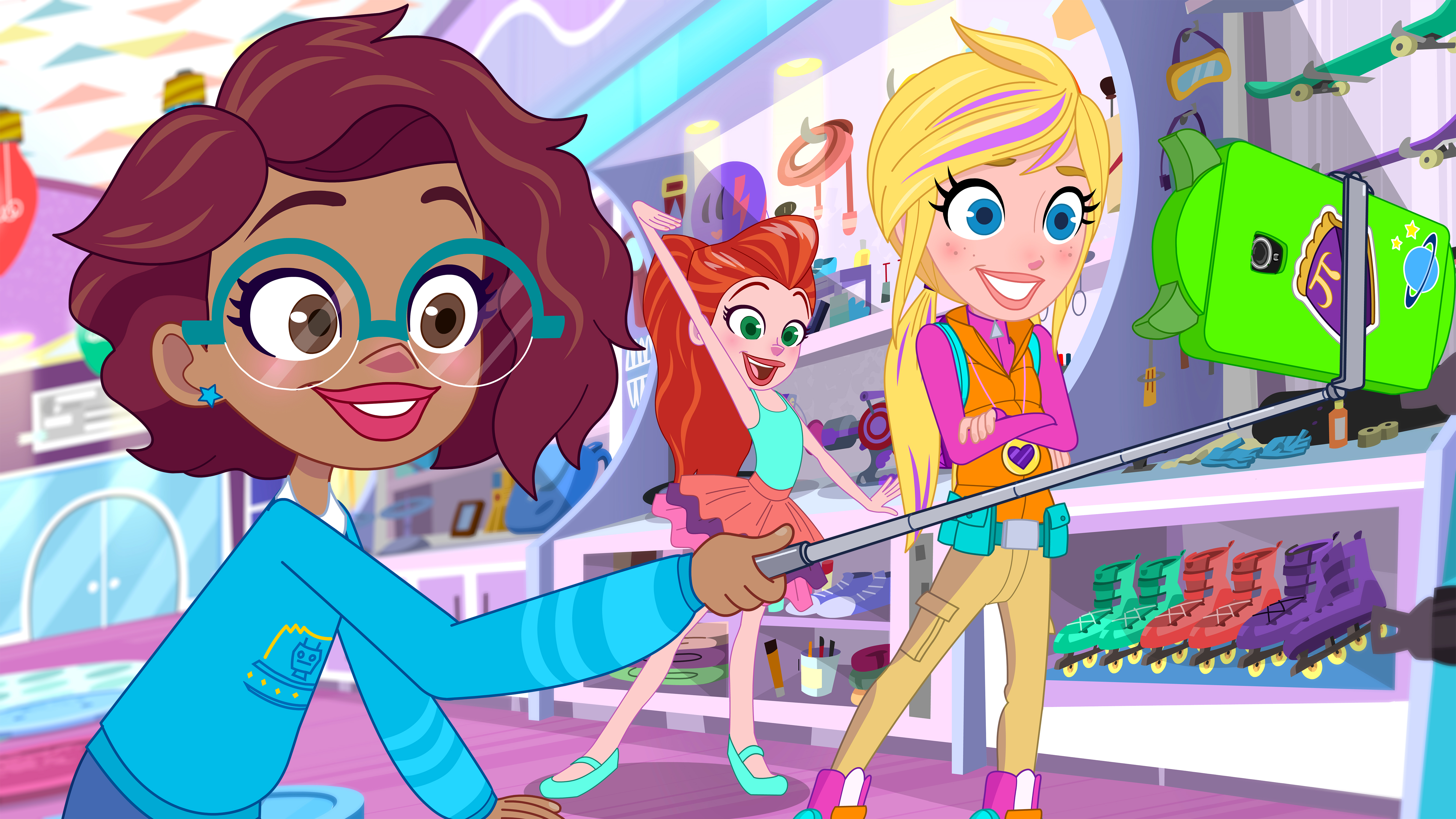 “This sale to Universal Kids builds on the big success we’ve seen from little Polly Pocket, with over twenty broadcasters and streamers worldwide picking up season one to date,” said Josh Scherba, President, DHX Media. “The series is introducing a new generation of kids around the world to this much-loved Mattel brand, and the creative teams at our Vancouver studio are excited to delight fans further with more magical adventures from Polly and her friends in season two.”

“Polly Pocket is an iconic heritage IP from Mattel that resonates with both kids and their parents,” said Fred Soulie, SVP Content Distribution and Business Development, Mattel. “The brand delivers strong results on shelf and on screens, and we are delighted with the reception from our best-in-class broadcast partners globally, which makes the greenlight of the second series very exciting.”

In the new Polly Pocket series, Polly inherits a magic locket that gives her the power to shrink to four inches tall. Now equipped with Tiny Power, Polly leads her friends Shani and Lila on tiny adventures that lead to big fun! Season 2 brings a brand-new format (26 x 11’) where like Polly

herself, shorter stories are packed full of even BIGGER laughs as Polly takes Tiny Power and her newfound even tinier Micro Power to the next level. With her best friends at her side and Grandma Pocket in on their secret, there’s no dream too big, no adventure too small for Polly Pocket! Polly Pocket is produced at DHX Media’s Vancouver studio with Shea Fontana (DC Super Hero Girls, Doc McStuffins) as story editor.

In 2018, Mattel relaunched Polly Pocket toys, featuring the original micro-scale size and compacts that made Polly a phenomenon in the 1990s. The beloved brand has sold more than 10 million compacts throughout the years, and the new product line nods to the brand’s heritage and surprise factor, while reflecting the updated look of the characters and animated series.

Universal Kids is the TV Network that playfully celebrates kids’ everyday adventures. The programming activates fun and creativity in every kid, every day with a fresh mix of content including animation, DreamWorks’ exclusives like Where’s Waldo?, scripted and unscripted hits like Top Chef Junior, The Voice Kids, and American Ninja Warrior Junior. Launched in 2017 and available in 56 million homes, Universal Kids is part of NBCUniversal’s Entertainment & Lifestyle group, a division of NBCUniversal, one of the world’s leading media and entertainment companies in the development, production, and marketing of entertainment, news, and information to a global audience. Universal Kids is available for kids and families across all platforms, including on air, online, On Demand and via mobile with the Universal Kids app.

Mattel is a leading global children’s entertainment company that specializes in design and production of quality toys and consumer products. We create innovative products and experiences that inspire, entertain and develop children through play. We engage consumers through our portfolio of iconic franchises, including Barbie®, Hot Wheels®, American Girl®, Fisher-Price®, Thomas & Friends® and MEGA®, as well as other popular brands that we own or license in partnership with global entertainment companies. Our offerings include film and television content, gaming, music and live events. We operate in 40 locations and sell products in more than 150 countries in collaboration with the world’s leading retail and technology companies. Since its founding in 1945, Mattel is proud to be a trusted partner in exploring the wonder of childhood and empowering kids to reach their full potential. Visit us online at www.mattel.com.