London – 28th May 2022 – Icons of British popular culture and the original disruptors of children’s television, the Teletubbies, took to the stage to audition for ITV’s annual primetime talent show, Britain’s Got Talent, as part of their 25th anniversary celebrations. They made their global broadcast debut on BBC Two on 31 March 1997. 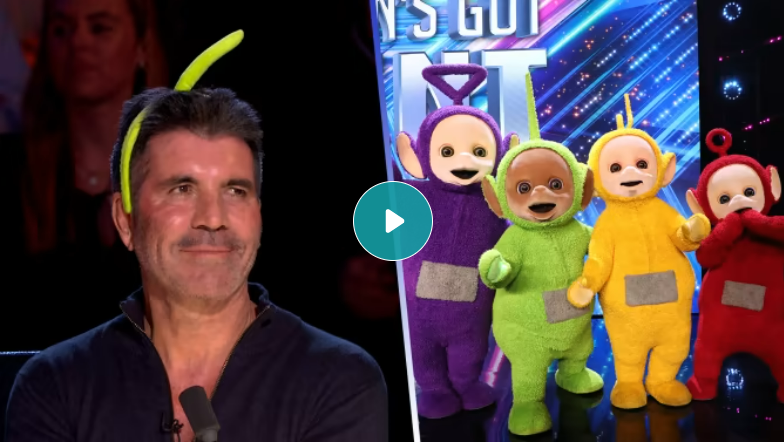 Tinky Winky, Dipsy, Laa-Laa and Po surprised the judges at the London Palladium with a dynamic dance routine that sparked nostalgia, joy and happiness for the live audience. Tracks included “Lets do the Tubby” from their lastest album Ready, Steady, Go!,  “Single Ladies” by Beyonce, and “Best Song Ever” by One Direction.

The audition saw Simon Cowell reunite with the colourful quartet, who were one of his first artist signings back in 1997, when they worked together on their No. 1 hit “Teletubbies Say ‘Eh-oh!’” which shifted over one million copies and stayed in the top 75 for 29 weeks. 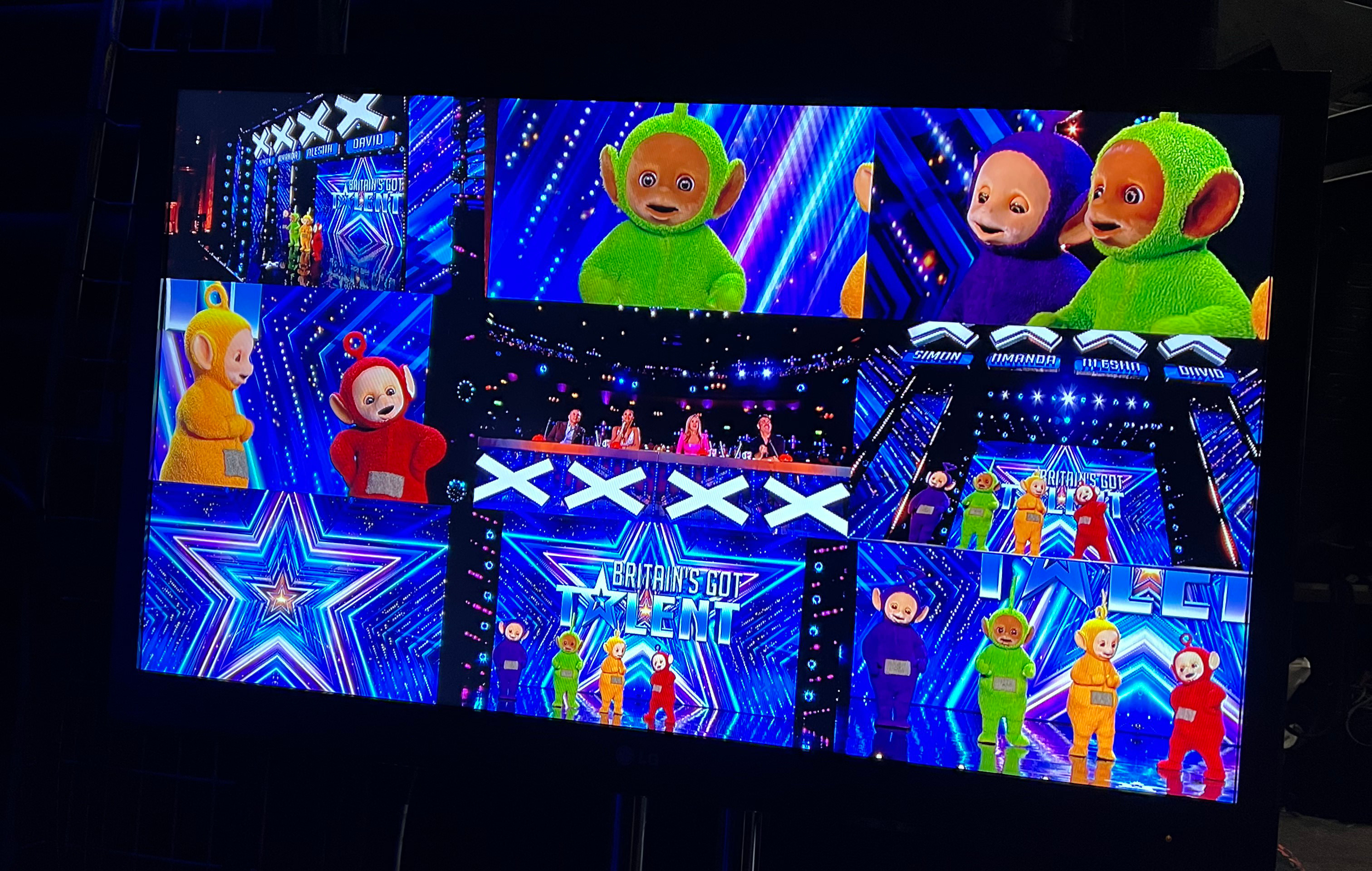 A tubbytastic celebration ensued as the audience donned their party hats whilst Simon and the rest of the Judges—David Walliams, Alesha Dixon and Amanda Holden—joined in the fun with their very own Teletubbies antennas. Presenters Ant and Dec led the confetti-canon ending as the crowd went wild in support of this British pop culture institution. The Teletubbies received a unanimous ‘yes’ vote from all four judges!

This iconic appearance from the Teletubbies is one of many activations in a year-long celebration across the globe as they continue to charm audiences with big hugs and exciting key moments, encompassing fashion, art and music, all reflecting the unique brand DNA of unexpected joy, childhood development and diversity, whilst engaging fans both young and young-at-heart.

For 25 years, WildBrain’s Teletubbies have been engaging and entertaining audiences across multiple generations. Seen and heard on broadcasters and streaming platforms around the world – including 29 highly popular YouTube channels on the WildBrain Spark network – the Teletubbies offer hours of video and music content for fans of every age. Through their exuberance and curiosity, Tinky Winky, Dipsy, Laa-Laa and Po foster the developing imaginations of preschoolers in a delightful world filled with joyous exploration, visual anticipation and silly surprises. Extensive social media touch points have also seen the Teletubbies become beloved pop culture icons for older fans, adored by celebrities and culture setters around the world. As a lifestyle brand, Teletubbies continues to captivate audiences by participating in pop culture conversations. The Teletubbies are owned by WildBrain, a global leader in kids’ and family entertainment. Follow the Teletubbies on Twitter and Instagram via @TeletubbiesHQ.

At WildBrain we inspire imaginations to run wild, engaging kids and families everywhere with great content across all media. With approximately 13,000 half-hours of filmed entertainment in our library – one of the world’s most extensive – we are home to such brands as Peanuts, Teletubbies, Strawberry Shortcake, Yo Gabba Gabba!, Caillou, Inspector Gadget, Johnny Test and Degrassi. At our 75,000-square-foot state-of-the-art animation studio in Vancouver, BC, we produce such fan-favourite series as The Snoopy Show, Snoopy in Space, Chip and Potato, Carmen Sandiego, Go, Dog. Go! and more. Our shows are enjoyed worldwide in more than 150 countries on over 500 streaming platforms and telecasters, and our AVOD business – WildBrain Spark – offers one of the largest networks of kids’ channels on YouTube, garnering billions of views per month from over 245 million subscribers. Through our leading agency, WildBrain CPLG, we also license consumer products and location-based entertainment in every major territory for our own properties as well as for our clients and content partners. Our television group owns and operates four family entertainment channels that are among the most viewed in Canada. WildBrain is headquartered in Canada with offices worldwide and trades on the Toronto Stock Exchange (TSX: WILD). Visit us at wildbrain.com.