London, UK – 31 January 2019 – WildBrain, a leading digital kids’ network and studio, has been appointed by IMPS (International Merchandising, Promotion and Services) to be the YouTube manager of the iconic Smurfs brand on an exclusive worldwide basis. Under the agreement, WildBrain will assume management of 41 existing localised Smurfs channels for IMPS and implement a global strategy to grow The Smurfs’ audience on YouTube and YouTube Kids, including optimizing distribution of The Smurfs’ content catalogue, beginning with The Smurfs TV series. 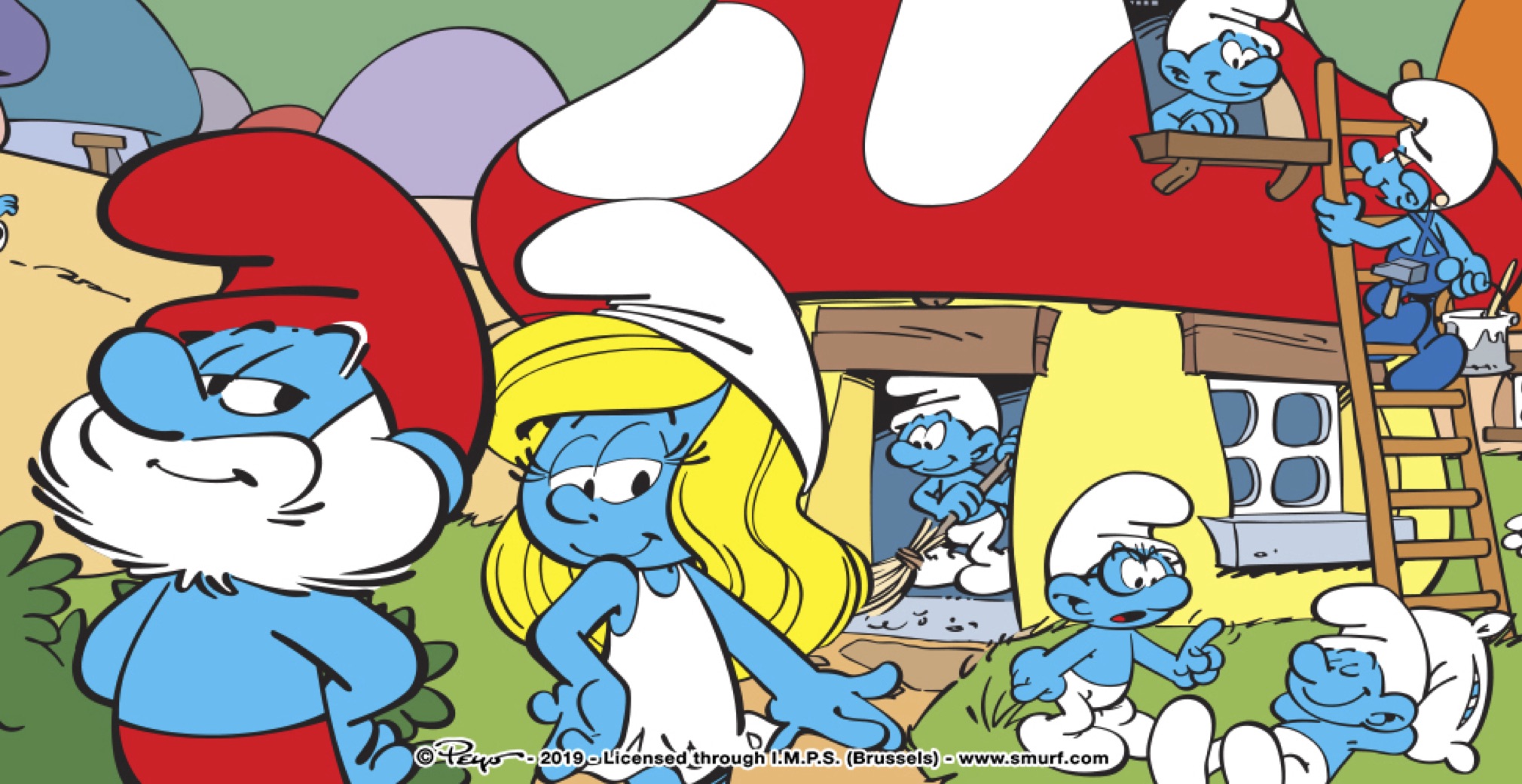 The Smurfs were created in 1958 by Pierre Culliford, better known as Peyo

“The Smurfs is a wonderful brand, with humour and characters perennially loved by kids and families across generations,” said Jon Gisby, Managing Director at WildBrain. “Using our experience and expertise in igniting such classic brands through the WildBrain network, we look forward to building on the success achieved by IMPS, to reach even greater global audiences for The Smurfs.”

“As licensor of The Smurfs, one of our main goals is to bring our beloved characters to children, their parents and longtime fans all around the globe, across all cultures and generations, and spread crucial fun, positive and respectful values,” explained Véronique Culliford, founder and CEO at IMPS. “We are confident that this collaboration with WildBrain will give our brand the boost it needs to reach new heights and strengthen our presence on YouTube.”

The Smurfs began life in 1958 as comic book characters created by Pierre Culliford, better known under his pseudonym, Peyo, in the series “Johan and Peewit”. The little blue characters’ appearance was met with such success that they went on their own adventures in a dedicated comic book series, which is still ongoing. In 1981, The Smurf stories were adapted for television by Hanna-Barbera, a run that lasted for nine seasons and almost 300 episodes. After the first showing on NBC, a worldwide roll-out of the classic cartoon series made The Smurfs famous all over the globe. With three blockbuster animated movies produced by Sony Pictures, as well as over 120 publishers and 100 broadcasters in more than 100 territories worldwide, 700 active licenses and five theme parks, The Smurfs brand is stronger than ever as they celebrated their 60th anniversary in 2018 and head into 2019 as proud ambassadors of the UN Sustainable Development Goals. And there’s more to come with a new 3D-CGI Smurfs series now in production by Peyo Productions and its co-production partner Dupuis Édition & Audiovisuel.

WildBrain is an industry leader in the management and creation of preschool and children’s entertainment content on platforms such as YouTube, Roku, Apple TV, Amazon Fire and others. WildBrain’s branded YouTube network is one of the largest of its kind, featuring more than 145,000 videos for over 600 kids’ brands in up to 22 languages. One in three kids worldwide with access to YouTube watch video on the WildBrain network, which has over 75 million subscribers, and generated over 161 billion minutes of watch time across 32 billion views in 2018. Connecting kids’ content owners with advertisers in the Advertising Video-on-Demand (AVOD) space, the WildBrain network features popular third-party brands such as Fireman Sam, Woody Woodpecker, Popeye, Shopkins, Irish Fairy Doors and Ben 10; original brands Kiddyzuzaa and Ellie Sparkles; and much of DHX Media’s world-renowned library of 13,000 half-hours of kids’ and family content, including Peanuts, Teletubbies, Strawberry Shortcake, Caillou, Inspector Gadget, Degrassi, Yo Gabba Gabba! and many others. WildBrain Studios also specializes in the creation of new, original content for its network, such as animated and live-action shorts; toy-play and stop-motion videos. WildBrain is a wholly owned subsidiary of DHX Media (TSX: DHX; NASDAQ: DHXM).

IMPS, together with LAFIG Belgium, are the official licensors of the little blue-skinned characters, The Smurfs, and manage the rights of their universe and the other characters created by Pierre Culliford, aka Peyo. Founded in 1984 by Véronique Culliford, Peyo’s daughter, and based in Genval, Belgium, the company today has 30+ employees who are busy developing the brand throughout the world. With the support of the dedicated in-house studio that keeps Peyo’s work alive with new drawings and designs, IMPS operates the commercial activity of the brand through distribution of audiovisual productions and rights licensing for book publishing, merchandising, promotions, exhibitions, theme parks and live shows. All of which have secured the everlasting success of The Smurfs for over 60 years.

This press release contains “forward-looking statements” under applicable securities laws with respect to DHX Media including, without limitation, statements regarding expected activities of WildBrain under its agreement with IMPS and results therefrom and the business strategies and operational activities of DHX Media and results therefrom. Although DHX Media believes that the expectations reflected in such forward-looking statements are reasonable, such statements involve risks and uncertainties and are based on information currently available to DHX Media. Actual results or events may differ materially from those expressed or implied by such forward-looking statements. Factors that could cause actual results or events to differ materially from current expectations, among other things, include consumer preferences, market factors, the ability of DHX Media to execute on license and other agreements, and other factors discussed in materials filed with applicable securities regulatory authorities from time to time including matters discussed under “Risk Factors” in DHX Media’s most recent Annual Information Form and annual Management Discussion and Analysis, which also form part of DHX Media’s annual report on Form 40-F filed with the U.S. Securities and Exchange Commission. These forward-looking statements are made as of the date hereof, and DHX Media assumes no obligation to update or revise them to reflect new events or circumstances, except as required by law.