Life with Luca­, the new movie based on beloved series Life with Derek, sees Michael Seater and Ashley Leggat reprise their roles, now as 35-year-old parents

Slugterra: Ascension welcomes the return of Eli, Trixie and the slugs for the first time in six years

Toronto, ON – August 31, 2022 – WildBrain Television, one of Canada’s most-loved kids’ and family broadcast networks, announces that Family Channel, its flagship broadcast network, has greenlit three new content projects across live-action and animation, in partnership with independent Canadian producers. Exclusive to WildBrain Television in Canada, the new content will begin rolling out across the company’s broadcast and digital channels this September, continuing into 2023. WildBrain has also acquired global distribution rights for all three properties.

Heading up the live-action slate is Life with Luca, the 90-minute spin-off feature film of the beloved franchise, Life with Derek. Produced by Shaftesbury as an original commission by WildBrain’s Family Channel, the movie recently wrapped filming in Southern Ontario and will premiere on the network in early 2023. WildBrain is also now the exclusive worldwide distributor of the classic Life with Derek library (70×22’) and an earlier spin-off film, Vacation with Derek (1×90’).

WildBrain Television’s animation lineup features Slugterra: Ascension, produced in partnership with Epic Story Media. The shorts will premiere exclusively on WildBrainTV in Canada in a sneak peek on September 5 at 2:50 p.m. ET, with new episodes beginning September 18 at 11:50 a.m. ET, before rolling out globally across WildBrain Spark’s Slugterra YouTube channels. Also newly greenlit is an expanded order of five half-hours to the popular new series Summer Memories, produced in partnership with A&N Productions, Aircraft Pictures and Yeti Farm Creative. Summer Memories debuted on Family Channel this summer, and the new stories will begin airing on Family Channel in 2023.

Deirdre Brennan, WildBrain COO, stated: “We’re proud to further support Canadian independent producers with these original commissions. Family Channel, and WildBrain Television as a whole, play an integral role in our strategy to drive distinct Canadian content and stories that resonates globally. These shows have universal appeal, and we look forward to sharing them not only with our audience at home, but with kids and families worldwide.” 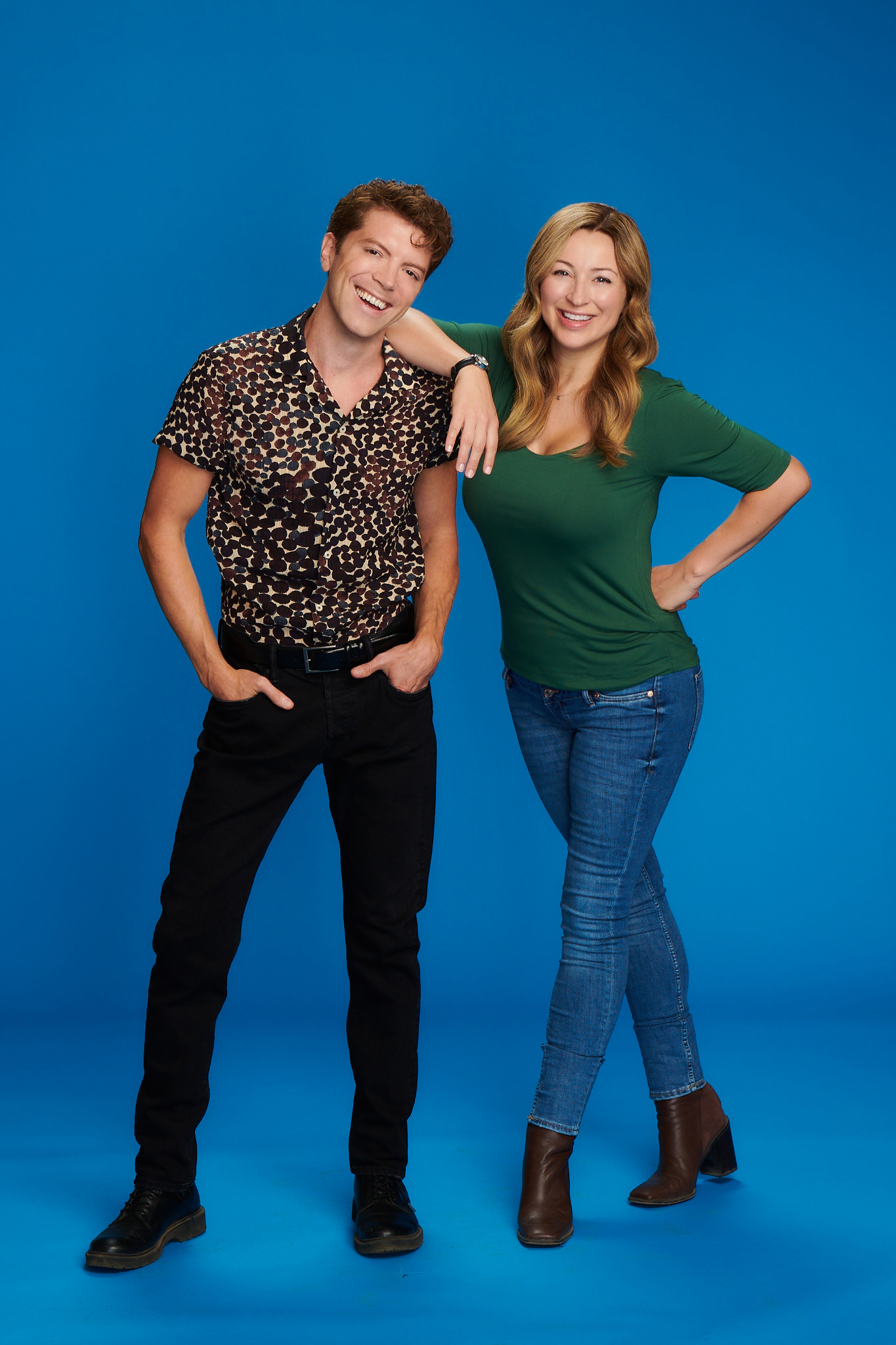 Life with Luca is the spin-off of the long-running, beloved franchise Life with Derek. The movie picks up fifteen years later and follows Derek (Michael Seater) and Casey (Ashley Leggat) as they each navigate parenthood and raise distinctly different teenagers. Derek is a successful musician in Paris and the single dad of a 14-year-old girl named Skyler (Isabel Rose Silva) who is smart, funny, and studious and who has recently been testing the boundaries set by her father. Casey is a lawyer and a married mother of three in Toronto and is quite comfortable setting limits, though her eldest, 14-year-old Luca (Marcus Cornwall)—lover of pranks, gaming, and skateboarding—is constantly crossing them. Both Derek and Casey spontaneously decide to surprise their own parents at their recently constructed ‘forever home’ in rural Ontario but encounter each other instead. Casey and Derek are happy to see each other, but the teenaged cousins—who have barely seen each other over the years (and never really liked what they saw)—don’t get along at all, uniting only to get into serious trouble.

The 90-minute live-action film is produced by Shaftesbury, with the participation of the Canada Media Fund and Shaw Rocket Fund, as an original commission by WildBrain’s Family Channel. The movie is set to debut on Family Channel in February 2023. 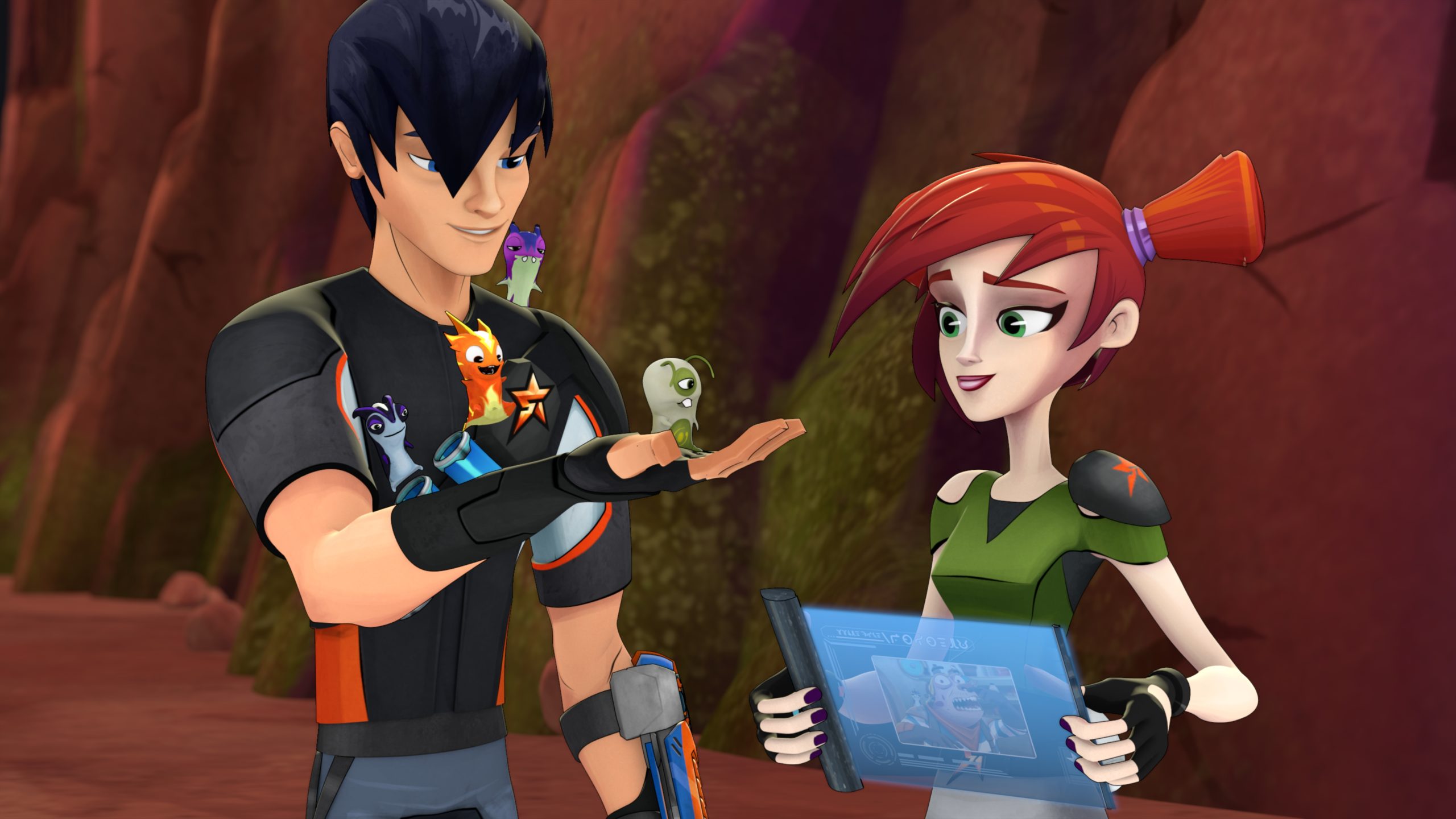 The wait is over! For the first time in six years Eli Shane, Trixie Sting, and the slugs are back with more comedy, action, and exciting escapades in Slugterra: Ascension. After a rockslide leaves them trapped alone with only a few of their slugs, Eli and Trixie have to be smart and strategic to outwit and outrun villainous twins Locke and Lode and their deadly gattler blasters—that is until they find the legendary Universal Slug! At first glance “Uni” looks like any derpy little flopper. But once transformed, this powerful creature can imitate any slug’s strongest move! Too bad it comes with a price Eli and Trixie won’t be happy about paying. The twenty brand-new four-minute CG-animated shorts will join the classic library of Slugterra episodes, the fan-favourite adventure series set deep underground where fierce opponents collect, train and battle it out with their arsenals of fantastical transforming slugs.

Slugterra was created by Asaph Fipke, and Slugterra: Ascension is produced in association with Epic Story Media’s Ken Faier, acting as executive producer, along with showrunner Nancy Lees. The new series was animated at Island of Misfits (IOM) in Halifax. Additional executive producers include WildBrain’s Josh Scherba, Stephanie Betts and Anne Loi, and IOM’s Meaghan Clark. The series was directed by IOM’s Don Urquhart and produced by Epic Story Media’s Christine Cote and Marlene Schmidt. 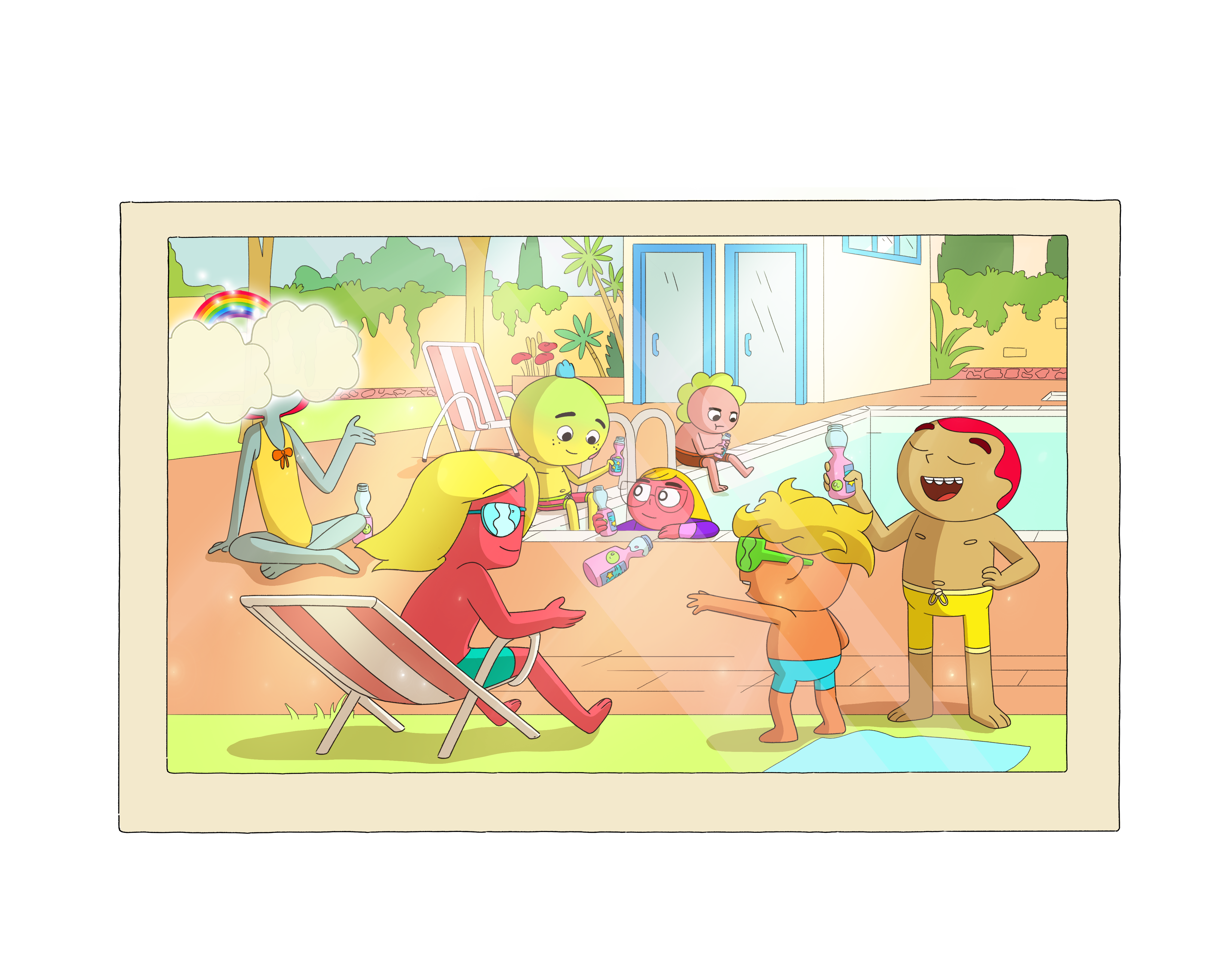 Summer Memories adds five half-hours to the popular new series Summer Memories which launched this summer on Family Channel. The new stories dive further into the world and characters, following the adventures of best friends Jason and Ronnie as Jason looks back on the most pivotal summer of his life (which was just a few weeks ago). This is Jason’s summer of change…and he fears change. Lucky for him, he has charismatic, life adventurer Ronnie at his side. Summer Memories transcends time, space and memory—the good and the bad—as it chronicles Jason and Ronnie’s sweet, fun-filled relationship.

Summer Memories was created by veteran animator/producer Adam Yaniv and produced by A&N Productions, Aircraft Pictures and Yeti Farm Creative, with the financial support of the Canada Media Fund and Shaw Rocket Fund.