Jan. 13, 2022­—Burbank, CA; Toronto, ON­—School is back in session at HBO Max as WarnerMedia Kids & Family announced today it has greenlit Degrassi, a brand-new version of WildBrain’s award-winning youth franchise of the same name. The new teen and family series helmed by showrunners Lara Azzopardi (Backstage, The Bold Type, Mary Kills People) and Julia Cohen (Riverdale, A Million Little Things, The Royals) will include 10 hour-long episodes and is expected to launch in the US exclusively on HBO Max in 2023. Additionally, HBO Max has picked up the U.S. rights for the entire 14-season library of the franchise’s longest running and most popular installment, Degrassi: The Next Generation which will become available on the platform this spring. Degrassi will also become available at a later date on Cartoon Network. 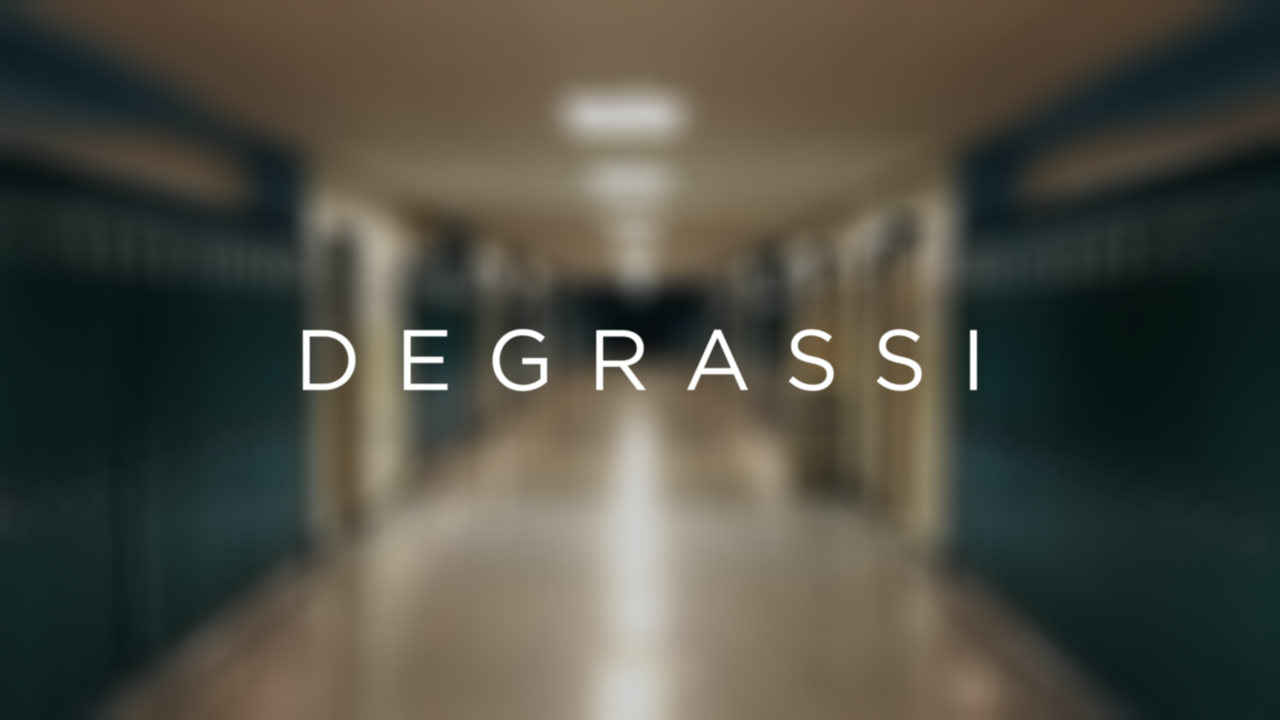 A reprise of the original teen drama, Degrassi is a character-driven series about the high school experience and the thrilling, often painful journey of self-discovery. Set in Toronto, the new series explores a group of teenagers and school faculty living in the shadow of events that both bind them together and tear them apart. The show travels deep into the hearts and homes of diverse, complicated characters, as they struggle to find their new normal, reaching for hope, redemption and love.

Eric Ellenbogen, CEO of WildBrain, said: “I’m delighted that our first-ever commission from HBO Max is for Degrassi, a truly venerable franchise with a highly devoted and passionate audience. This is yet another evergreen property from our vast IP library that we are reviving with a fresh vision and creative-first approach.”

Josh Scherba, President of WildBrain, said: “Now in its fourth decade, Degrassi is one of those beloved evergreen properties that demands to be refreshed for each new generation. Stephanie Betts, our Chief Content Officer, along with showrunners, Lara Azzopardi and Julia Cohen, have envisioned an evolution for Degrassi that, while staying true to the fundamental honesty, humanity and integrity of the brand, promises fans a journey into exciting new territory, both creatively and dramatically. We’re delighted to be partnering with HBO Max to deliver this new vision to fans and extend Degrassi’s legacy.”

Azzopardi and Cohen said: “What excites us maybe the most about reviving this beloved franchise is turning it into a truly serialized one-hour drama. We’re honored to be given the opportunity to lead this evolution and bring this iconic series back into people’s homes.”

Degrassi will be produced by WildBrain Studios and developed by Azzopardi and Cohen who also serve as executive producers. Filming will take place in Toronto during summer 2022. The series and Degrassi library are distributed worldwide by WildBrain.

Lara Azzopardi is a multi-nominated writer, producer and director. Her credits include the critically acclaimed show The Bold Type for Freeform and Hulu, plus 911, Mary Kills People and The LA Complex, among others. She created and show ran the CSA-nominated youth drama Backstage, for Family Channel and Disney Channel – which included 60 half-hour episodes. Azzopardi started her career in the Toronto theatre scene. She is a graduate of the Warner Bros. Television Writers’ Workshop, is Canadian/Maltese and a proud mother of three girls, all living in Los Angeles. Azzopardi is represented by 3 Arts Entertainment, Vanguarde Artists Management and Tara Kole.

Julia Cohen is a successful television writer and producer whose credits include such acclaimed series as A Million Little Things, Riverdale, Legion, Quantico and Dallas. A graduate of the Warner Bros. Writers’ Workshop and the WGA Showrunner Training Program, Cohen has a passion for character-driven, serialized drama and has a proven track record of helping to launch first-season shows onto multi-season runs. Hailing originally from Toronto and now based in Los Angeles, Cohen is a reformed high-school drama major turned TV writer. Cohen is represented by A3 Artists Agency, Vanguarde Artists Management and Tara Kole.

For over four decades, watching Degrassi has been a rite of passage for teenagers everywhere, providing a mirror into their passions, struggles and triumphs as they navigate the road to selfhood. Always at the vanguard of inspiration, education and entertainment, Degrassi is one of the most iconic brands in youth culture, unafraid to tackle even the most challenging stories. No issue has been too controversial or too real for Degrassi to explore, often breaking new ground on such subjects as teen pregnancy, racism, AIDS, eating disorders, child abuse, learning disabilities, gender identity, violence and more.

Owned by WildBrain, Degrassi was originally created by Linda Schuyler and Kit Hood in 1979 and has become a Canadian institution celebrated worldwide and recognized with dozens of awards across its six series, over 500 episodes and four TV movies, including two International Emmy Awards, two Teen Choice Awards and a Peabody. WildBrain’s newest series for the brand, titled Degrassi, is set to launch in the US with 10 one-hour episodes on HBO Max in 2023.

HBO Max™ is WarnerMedia’s direct-to-consumer streaming platform, offering best in class quality entertainment. HBO Max features the greatest array of storytelling for all audiences from the iconic brands of HBO, Warner Bros., DC, Cartoon Network, Adult Swim, Turner Classic Movies and more. The platform launched in the United States in May 2020 and introduced a lower priced, advertising-supported tier in June 2021. HBO Max began its global rollout launching in markets across Latin America and the Caribbean last summer, followed by its first European launches in the Nordics and Spain in the fall. Currently available in 46 countries, there are plans for continued expansion of HBO Max in 2022.

This press release contains “forward-looking statements” under applicable securities laws with respect to WildBrain including, without limitation, statements regarding WildBrain’s new Degrassi series and the business strategies and operational activities of WildBrain. Although WildBrain believes that the expectations reflected in such forward-looking statements are reasonable, such statements involve risks and uncertainties and are based on information currently available to WildBrain and assumptions that management believes are reasonable at the time they are made but may prove to be incorrect. Actual results or events may differ materially from those expressed or implied by such forward-looking statements. Factors that could cause actual results or events to differ materially from current expectations, among other things, include, epidemics, pandemics or other public health crises, including the current outbreak of COVID-19, the magnitude and length of economic disruption as a result of the worldwide COVID-19 outbreak, and risk factors discussed in materials filed with applicable securities regulatory authorities from time to time including matters discussed under “Risk Factors” in WildBrain’s most recent Annual Information Form and annual Management Discussion and Analysis. These forward-looking statements are made as of the date hereof, and WildBrain assumes no obligation to update or revise them to reflect new events or circumstances, except as required by law.