PEANUTS WORLDWIDE ANNOUNCES LAUNCH OF THE ARMSTRONG PROJECT, ESTABLISHING $200,000 IN ENDOWMENTS PLUS ADDITIONAL RESOURCES, AT HOWARD UNIVERSITY IN WASHINGTON, DC, AND HAMPTON UNIVERSITY IN VIRGINIA

Named in Honor of Charles Schulz’ Iconic Character Franklin Armstrong, the Endowments Will Include a Scholarship to Be Given Annually—Starting with the 2022-2023 School Year—to One Student at Each School Studying Arts, Communication, Animation, or Entertainment

Peanuts Worldwide today announced the launch of “The Armstrong Project”: establishing $200,000 in endowments at two Historically Black Colleges and Universities (HBCUs), which includes an annual scholarship to students studying either arts, communications, animation, or entertainment. Each school will receive $100,000 to establish endowments.

The scholarship will first be awarded during the 2022-2023 school year at Howard University in Washington, DC, and Hampton University in Hampton, Virginia.

As an enhanced scholarship program, The Armstrong Project will also ensure mentorship and internship opportunities for the students with individuals and companies in entertainment fields such as animation, film, and television. 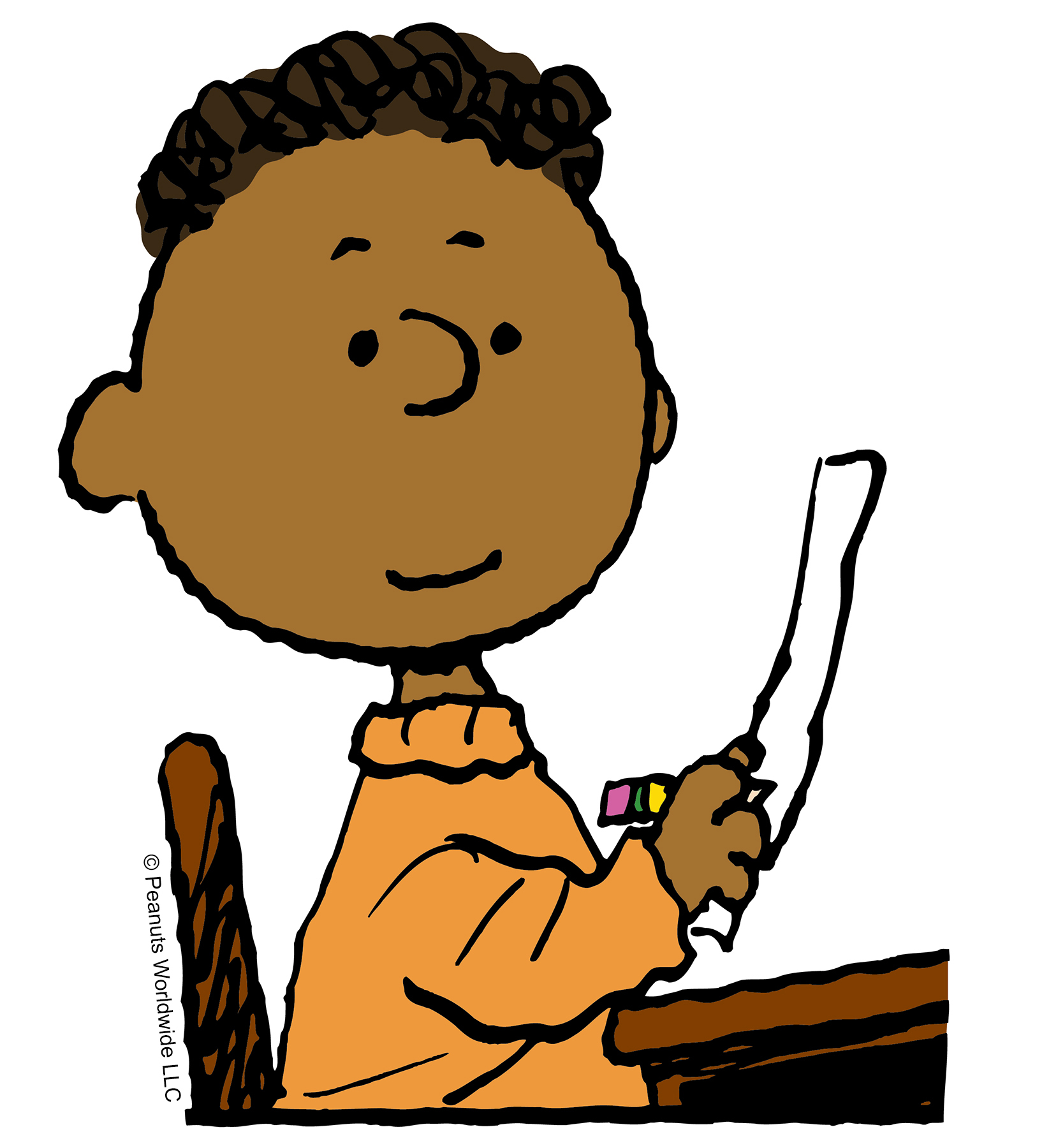 Cartoonist Robb Armstrong, a longtime friend and colleague of Charles Schulz and the inspiration for Franklin’s last name (revealed in 1994), is a member of the Board of Directors of the Charles M. Schulz Museum in Santa Rosa, California, and has been a consistent source of support throughout the creation of this important program.

“I’m very excited for the young aspiring artists at these HBCUs whose lives may be changed by Peanuts, just as my life was changed by the inspiration and mentorship of Charles Schulz,” Armstrong said. “Sparky was a thoughtful and generous man who took seriously the hopes and dreams of young people. It is my belief that he would be thrilled by the potential of The Armstrong Project to help young people fulfill their ambitions.”  Armstrong is the award-winning creator of the beloved “JumpStart” comic strip.

The character of Franklin emerged from a correspondence between Charles Schulz and a California schoolteacher named Harriet Glickman. Glickman wrote to Schulz after the assassination of Martin Luther King, suggesting that the introduction of Black characters into the comic strip could help change the “vast sea of misunderstanding, fear, hate and violence.” After much introspection and consideration, Schulz felt this was a step he could take authentically and introduced Franklin in the summer of 1968, making history in the process.

“It is incredibly moving to me that The Armstrong Project is intended to create positive change in the lives of young black animators and artists— just as the character of Franklin did so many years ago,” said Jean Schulz, widow of Charles Schulz.

“Thank you to Peanuts Worldwide for this opportunity that is being afforded to Howard University students studying arts and graphic design, said Denise Saunders Thompson, Assistant Dean, Chadwick A. Boseman College of Fine Arts. “The goal of our program is to develop an immense range of knowledge, skills and competencies in the area of visual communication through cross-curricular experiences. We are grateful to our partners who help us to meet the needs of the students in preparation for careers in the art industry.”

“The establishment of The Armstrong Project endowment will ensure our talented and bright students at Hampton studying the arts, communications, animation or entertainment will continue to receive a world-class education for life.”

In related news, Franklin is also the central character in a new original short video, “Speak From the Heart,” which debuted on February 8, 2022 on Peanuts.com. The video was created as part of the Take Care with Peanuts initiative, which promotes good global citizenship through three themes: Take care of yourself. Take care of each other. Take care of the Earth. In the video, Franklin loses all of his Valentines thanks to a strong gust of wind—but discovers that the Valentines’ true value comes not from the cards, but from his heartfelt messages to his friends.

The characters of Peanuts and related intellectual property are owned by Peanuts Worldwide, which is 41% owned by WildBrain Ltd. (TSX: WILD), 39% owned by Sony Music Entertainment (Japan) Inc., and 20% owned by the family of Charles M. Schulz, who first introduced the world to Peanuts in 1950, when the comic strip debuted in seven newspapers. Since then, Charlie Brown, Snoopy and the rest of the Peanuts gang have made an indelible mark on popular culture. In addition to enjoying beloved Peanuts shows and specials on Apple TV+, fans of all ages celebrate the Peanuts brand worldwide through thousands of consumer products, as well as amusement park attractions, cultural events, social media, and comic strips available in all formats, from traditional to digital. In 2018, Peanuts partnered with NASA on a multi-year Space Act Agreement designed to inspire a passion for space exploration and STEM among the next generation of students

Founded in 1867, Howard University is a private, research university that is comprised of 14 schools and colleges. Students pursue more than 140 programs of study leading to undergraduate, graduate and professional degrees. The University operates with a commitment to Excellence in Truth and Service and has produced one Schwarzman Scholar, three Marshall Scholars, four Rhodes Scholars, 12 Truman Scholars, 25 Pickering Fellows and more than 165 Fulbright recipients. Howard also produces more on-campus African American Ph.D. recipients than any other university in the United States. For more information on Howard University, visit www.howard.edu.

For more than 150 years, Hampton University has been THE Standard of Excellence in higher education. Founded in 1868 by Brig. Gen. Samuel Chapman Armstrong, Hampton University has a long successful history of offering a strong academic program of educating the “head, heart and hand” and emphasizing the development of character.  This foundation has been built upon by Dr. William R. Harvey who has served as Hampton’s president for 44 years. Under his leadership, the university has experienced accelerated growth and achieved notable accomplishments. During Harvey’s presidency, 92 new programs have been introduced; 31 new structures dot the landscape of the campus surrounded three sides by water, and the university’s endowment has grown from $29 million to $400 million and growing.