Sydney, AUS; Toronto, CAN; Singapore – August 25, 2022 – A Stark Production and WildBrain, together with Infinite Studios, have today confirmed additional broadcast partners for the fourth season of their global hit animated series, The Deep. 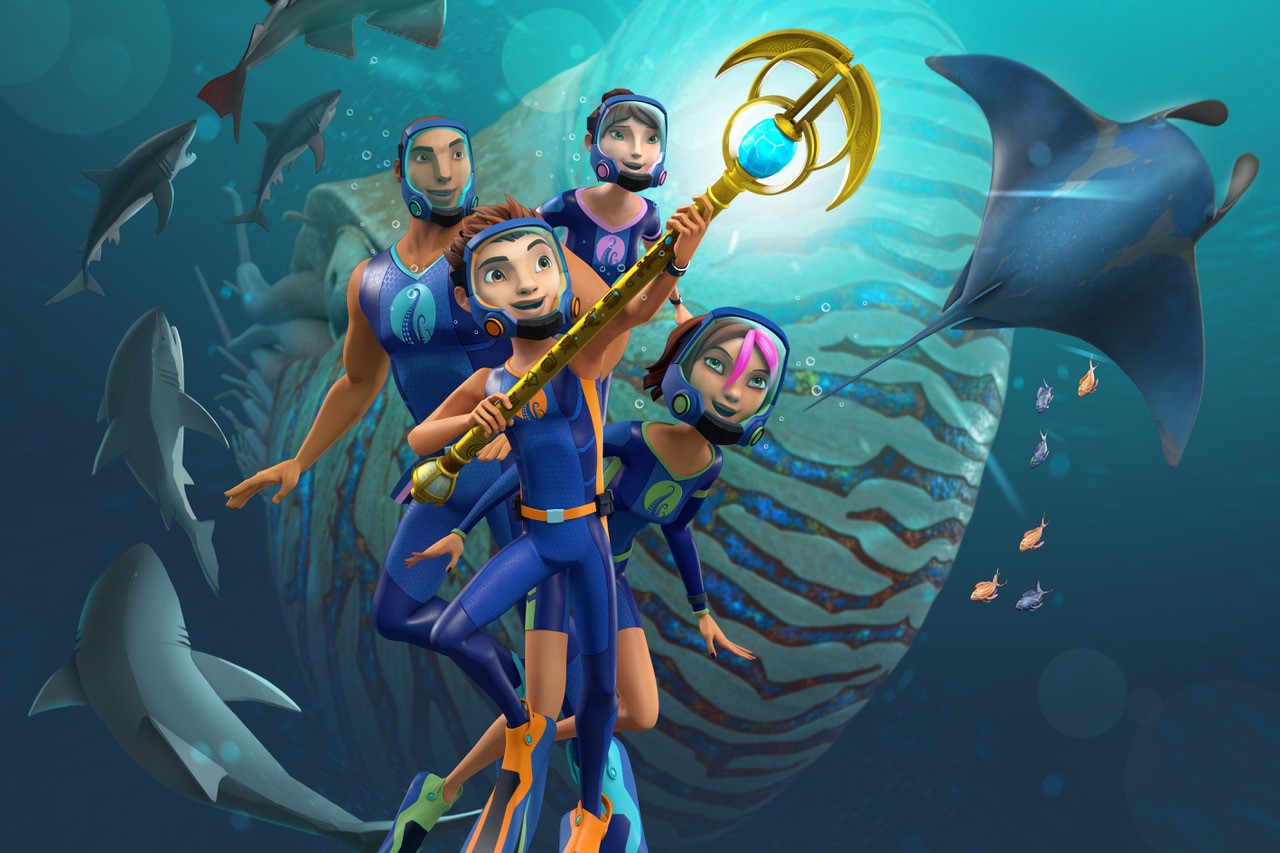 Last year, ABC in Australia greenlit 13 new half-hour episodes for season four, alongside Mediacorp and the Australian Children’s Television Foundation, with the support of Screen NSW, bringing the total number of episodes in the series to 65 half hours. The ABC began airing the new season from June this year.

Previous seasons of the internationally successful show have been sold to over 130 markets. The Australian Children’s Television Foundation handles distribution rights for Australia and New Zealand, with Infinite Studios managing rights for Singapore, Malaysia, Indonesia, Thailand, Philippines, Vietnam, Myanmar, Brunei, Cambodia, Laos, and China. WildBrain oversees sales for the rest of the world.

Avrill Stark, CEO of A Stark Production, said: “We are delighted The Deep continues its journey around the globe with season four now picked up by multiple broadcasters. Season four promises our audience another thrilling on-screen ride into the unchartered and mysterious depths of the ocean. The Nektons’ journey in this season is especially driven by a connection to family – something we all very much can relate to in a time where much of the world has endured being separated from loved ones.”

Caroline Tyre, VP Global Sales & Rights Strategy at WildBrain, said: “It’s fantastic how The Deep continues to engage kids and families, winning new fans with each season in multiple markets across the globe. The stories are unique and relevant, with characters that resonate fully with this demographic, and these new deals underscore this international success and broad appeal.”

In season four of The Deep, after searching for generations, the Nekton family have finally found the fabled city of Lemuria, unlocking secrets and tantalising mysteries. But the greatest discovery they’ve made is also the most shocking: proof that Ant and Fontaine’s grandparents made it to Lemuria! The Nektons had given up on ever seeing their loved ones again – but now they have hope. Now their most important search begins. While encountering more legends and myths, pirates and leviathans, the Nektons will explore The Deep…in search of their family.

Developed for a truly global audience of 8 to 12-year-olds, The Deep is based on the Aurealis Award-winning graphic novel series, which was created by multi-award-winning, best-selling comic book author and playwright Tom Taylor (Superman, Friendly Neighborhood Spider-Man, Injustice: Gods Among Us, Wolverine, Iron Man, Batman: The Detective, Star Wars: Age of Resistance) and co-creator, artist James Brouwer (Justice League Beyond), and published by Wolfgang Bylsma and Skye Ogden’s Gestalt Comics.

The Deep Season 4 is an Australia-Canada-Singapore coproduction produced by A Stark Production, WildBrain and Infinite Studios. Executive Producers are Avrill Stark for A Stark Production, Anne Loi for WildBrain, and Seng Choon Meng for Infinite Studios. Developed and produced in association with the Australian Broadcasting Corporation, The Deep Season 4 is also produced in association with UK broadcaster CBBC; and with the participation of the Australian Children’s Television Foundation, MediaCorp Pte Ltd, and Family Channel; and with support from Screen NSW and Telefilm Canada.

A Stark Production (ASP) is a Sydney-based Production Company and a leader in the creative development and production of quality children’s animation. ASP teams with global partners to deliver successful internationally co-produced shows. From its inception the company has been led by Avrill Stark, an independent and highly creative producer who has teamed with companies to produce hundreds of hours of series across a broad age range, preschool – teens. She has received many nominations and awards for outstanding animation: The Kidscreen Award for Best Kids Series, the prestigious UNICEF Award at Annecy, the Elan Award for Best Animated Television Production together with a BAFTA nomination and numerous nominations for the Australian Film Industry (AFI) Awards. ASP prides itself on the creation and development of TV series and feature films with a diverse appeal both in animation and live action for children. Above all, we make ‘having fun’ a priority in our pursuit of entertaining young audiences!

At WildBrain we inspire imaginations to run wild, engaging kids and families everywhere with great content across all media. With approximately 13,000 half-hours of filmed entertainment in our library – one of the world’s most extensive – we are home to such brands as Peanuts, Teletubbies, Strawberry Shortcake, Yo Gabba Gabba!, Caillou, Inspector Gadget, Johnny Test and Degrassi. At our 75,000-square-foot state-of-the-art animation studio in Vancouver, BC, we produce such fan-favourite series as The Snoopy Show, Snoopy in Space, Chip and Potato, Carmen Sandiego, Go, Dog. Go! and more. Our shows are enjoyed worldwide in more than 150 countries on over 500 streaming platforms and telecasters, and our AVOD business – WildBrain Spark – offers one of the largest networks of kids’ channels on YouTube, garnering billions of views per month from over 245 million subscribers. Through our leading agency, WildBrain CPLG, we also license consumer products and location-based entertainment in every major territory for our own properties as well as for our clients and content partners. Our television group owns and operates four family entertainment channels that are among the most viewed in Canada. WildBrain is headquartered in Canada with offices worldwide and trades on the Toronto Stock Exchange (TSX: WILD). Please visit us at wildbrain.com.

Infinite Studios is an integrated media entertainment and creative services company based in Singapore and Batam, Indonesia. Founded in 1997 with services that include post-production, visual effects, and animation, it has since evolved its business to include production services as well as content creation for the global digital media industry. Located at one-north Mediapolis, Infinite Studios is home to two of Singapore’s largest soundstages. Forty minutes away by ferry, Infinite Studios Batam houses another two soundstages and a 1-hectare film backlot. With a team of over 300 talented individuals, the animation studio offers international clients and partners a range of services from animation outsource work to collaboration and co-production opportunities for animated television series and feature films. With decades of experience, the CGI team comprises talents mainly from Indonesia and Singapore, supported by veteran supervisors with international experience. They are constantly up to date with ever-changing trends in technology, style, and application.