Toronto, ON – 12 October 2022 – Christmas at the boarding school is confirmed, as WildBrain and King Bert Productions’ smash-hit family drama, Malory Towers, is set to return to CBBC and BBC iPlayer for a two-part Christmas special this December. Malory Towers will also open its doors to a new set of pupils in season 4, as new cast members join the beloved family drama. 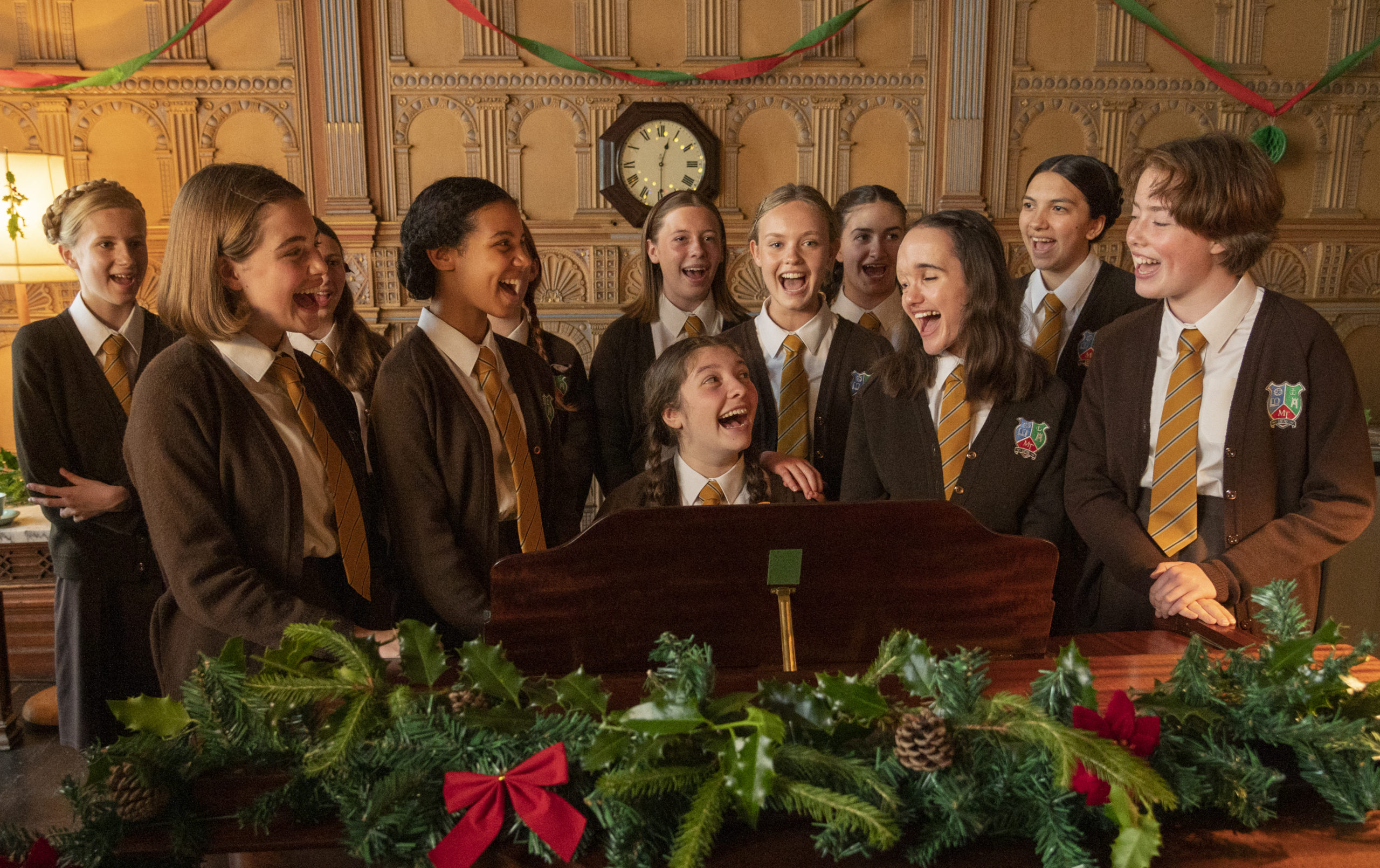 Adapted from the iconic novels by Enid Blyton, Malory Towers has been a huge hit with kids and families, who have been captivated by the adventures of a group of friends attending a boarding school in Cornwall, where they have learned to navigate their formative years with the help of their schoolmates.

Season 4 and the Christmas special were filmed in the UK and Canada earlier this year and are co-produced by WildBrain and King Bert Productions for CBBC (UK), in association with BYUtv (US). As international distributor outside the UK, WildBrain has also sold the new season and special to ABC Kids (Australia) and will be bringing the full Malory Towers catalogue to MIPCOM this month.

Caroline Tyre, VP Global Sales and Rights Strategy at WildBrain, said: “With four seasons plus a new Christmas special, Malory Towers is a genuine international hit that continues to be discovered by new fans around the globe. The stories are heart-warming, sincere and relatable, and we’re looking forward to sharing season four and some Malory-style Christmas spirit with families around the world.”

Jo Sargent, Executive Producer and MD at King Bert Productions, said: “We couldn’t be happier to be bringing festive cheer to the halls of Malory Towers, joining the girls as they celebrate with a few adventurous hijinks. It is the perfect viewing for all the family to get together and watch.  And then we look forward to welcoming our new cast members in season four—we are sure audiences are going to love them as much as we do.”

The Christmas special (2×25’ or 1×50’) will feature the festive shenanigans of Darrell Rivers and pals and   welcomes Great Granny Mary to Malory Towers, played by Valerie Lilley (Bloodlands, Marcella, Doctors, Casualty), along with Ron’s younger brother Fred Gilson (Charles Jackson), who is soon on hand to help the pupils with local pirate legends.

In season 4, fans will be introduced to a new class of first formers. Amongst them is Darrell Rivers’ younger sister Felicity (April Woods), who alongside her new best friend, and Alicia’s cousin, June Johns (Edesiri P Okpenerho), are set on a collision course with Darrell who has been newly appointed as Head of Lower School. With their classmates—the honourable Clarissa Carter (Amy Roerig), inseparable twins Connie (Kimia Lamour) and Ruth Batten (Aviella Burch), and ‘know-it-all’ Susan Heather (Ava Azizi)—the new pupils embark on their first year at the famous boarding school.

Malory Towers was commissioned by BBC Children’s Head of Commissioning and Acquisitions 7+ Sarah Muller and is executive produced for the BBC by Amy Buscombe and Alison Davis. The rights were acquired from Hachette Children’s Group, owners of Enid Blyton Entertainment and publisher of Malory Towers.

The company has since produced some of the UK’s most popular comedies and family dramas including the International Emmy® Kids winning Ratburger (Sky One), Cinderella After Ever After (Sky One), Urban Myth: The Trail of Joan Collins (Sky Arts), The Queen and I (Sky One), Sick Note series 1 and 2 (Sky One), Grandpa’s Great Escape (BBC One), The Boy In the Dress (BBC One), and Britain’s Favourite Children’s Books (Channel 4). Recent new series include Malory Towers for CBBC and Family Channel, and Sandylands for UKTV’s Gold.

King Bert’s development slate includes live action and animated adaptions of some of Walliams’ best loved and multi-million selling children’s books as well as other live-action family-focused comedies and dramas.

BYUtv provides families more than 2,000 hours of uplifting and compelling programming they can enjoy together. The network’s content is trusted, contemporary and clean, yet clever and sophisticated enough to inspire children and parents alike. BYUtv’s diverse portfolio of original, co-produced and acquired content includes scripted and unscripted dramas and comedies, competition shows, concert specials and 700+ hours of live HD collegiate sports. BYUtv is available in approximately 40 million homes in every state of the country on DISH Network, DirecTV and more than 130 major cable systems. A digital pioneer, BYUtv was the first U.S. television network to stream all its content live and free of charge over the internet. Today, BYUtv has more than two million YouTube subscribers and two billion views and is available live and on-demand on multiple digital platforms at no cost, including Apple TV, Roku, Amazon Fire TV, Chromecast, Xbox, Windows, digital apps for iOS and Android, and BYUtv.org. Based in Provo, Utah, BYUtv is part of BYU Broadcasting, which is owned by Brigham Young University.