Toronto, ON – 7 December 2015 – This winter, Family Channel raises its voice with the premiere of Lost & Found Music Studios, an all-new original series from Temple Street Productions and creator Frank van Keeken, the forces behind The Next Step. Debuting Friday, January 8 at 6 p.m. ET/PT, the pitch perfect drama follows a group of aspiring musicians who are part of a unique music program, run by a musician-turned-producer. From pop to rock and hip-hop to R&B, the series showcases some of the best young voices Canada has to offer with original songs and stellar performances featured in each episode. For music aficionados who want to get in the studio earlier, Family’s got a special presentation of the series this Friday, December 11 at 7:30 p.m. ET/PT, immediately following the epic season three finale of The Next Step beginning at 7 p.m. ET/PT. 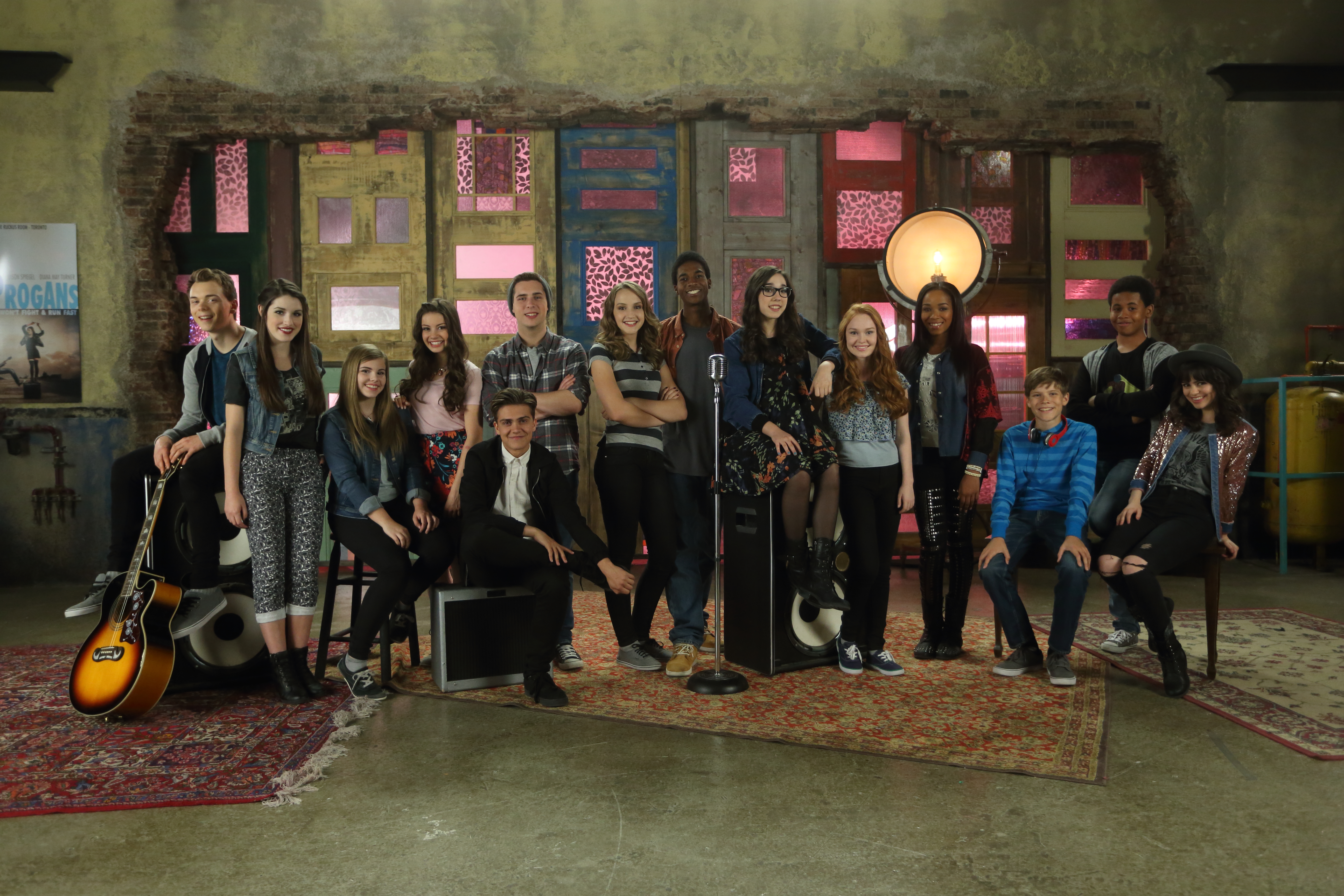 A live music venue, recording studio and jam space, Lost & Found is an amazing place where young musicians go to become great. Members immerse themselves in music, write songs record tracks and form bands in hopes of turning their passion into a profession. But, if making it in the music industry wasn’t hard enough, these aspiring artists also have to deal with the many issues teens face including first crushes, peer pressure, difficult home lives and trying to fit in. Following the series premiere, new episodes of Lost & Found Music Studios will air regularly Fridays at 6 p.m. ET/PT. Episodes will also be offered on Family OnDemand as they become available weekly beginning January 9.

On Friday, December 11, Family gets into the holiday spirit, gifting viewers with a special presentation of Lost & Found Music Studios at 7:30 p.m. ET/PT. In the series preview, titled “Lost and Found,” the musicians prepare a goodbye party for graduates of the studio. Audiences are introduced to overachiever Leia, who hopes to write and perform a song with her crush, Luke; band member John, who’s having a hard time expressing his feelings for dancer, Michelle; and talented but shy singer-songwriter Eva, who is eager to break out of her shell. The exciting episode is ushered in by the season three finale of The Next Step at 7 p.m. ET/PT which sees the A-Troupe dancers lay it all on the line as they compete for the title of “International Champions.”

Lost & Found Music Studios stars include Shane Harte as Luke; Keara Graves as Leia; Alex Zaichkowski as John; Sarah Carmosino as Rachel; Deshaun Clarke as Jude; Ella Jonas Farlinger as Eva; Levi Randall as Theo; Maranda Thomas as Mary; Alyssa Baker as Maggie; Rakim Kelly as Isaac; Olivia Solo as Annabelle; Jeni Ross as Clara; Katrina Hachey as Hannah; and Matthew Bacik as Nate. Michael Torontow and Ali Milner play Mr. T and Parker who oversee the music program. A companion to The Next Step, the series also features familiar faces from the popular dance drama including Trevor Tordjman as James; Victoria Baldesarra as Michelle; Jordan Clark as Giselle; and Brittany Raymond as Riley. Fans of both series can see select cast members perform live in venues across the country this winter, as they embark on the international The Next Step Wild Rhythm Tour. Tickets are currently available at Family.ca.

The beat goes on at Family.ca where fans can find out more about the show and its characters and watch the brand new web series “Jam Sessions.” Each webisode will feature a full performance from the series, a studio cover and a music lesson given by a cast member. Beginning in January, kids can play the cool new games that simulate the experience of playing a song on a real musical instrument. Plus, music-lovers will be able to stream the series’ songs as they become available.

Lost & Found Music Studios is produced by Temple Street Productions in association with Family Channel and is executive produced by creator Frank van Keeken (The Next Step, Wingin’ It), Ivan Schneeberg and David Fortier (The Next Step, Orphan Black) and Laura Harbin (The Next Step, Wingin’ It). Temple Street controls the distribution rights internationally, and has secured deals with CBBC and Netflix. Lost & Found Music Studios is also produced with the financial assistance from The Shaw Rocket Fund and the Canada Media Fund.