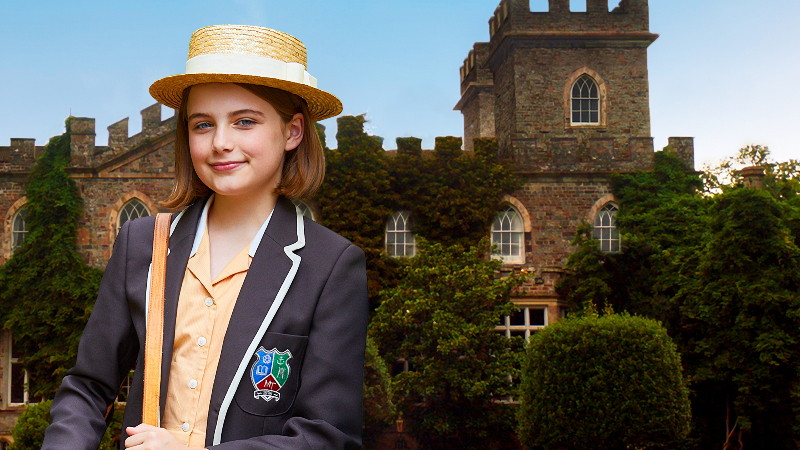 Cheryl Taylor, Head of Content for BBC Children’s, said: “Malory Towers set the template for popular British boarding school stories and it’s no surprise that so many territories have responded to this classic title. Darrell Rivers is a truly iconic character – sparky, independent and a fierce warrior against injustice. She shone a bright light on the potential of all girls at a time when expectations were very limited. The books have inspired generations of young readers and we’re delighted that so many young viewers are getting the chance to meet Darrell and her friends.”

Michael Dunn, Managing Director, BYUtv, said: “BYUtv’s mission is to share the very best programming out there for young people and their parents to watch together. Malory Towers checks all the boxes of what we’re looking for: vibrant, audacious, and inspiring. I’m certain our viewers will warmly embrace the timeless escapades of Darrell Rivers and her classmates.”

Marie McCann, Senior Director, Children’s Content for CBC Kids, said: “We’re excited to give Canadian  families the chance to dive into the rich world of Malory Towers again and again on CBC Gem. With its double whammy of old-school charm meets girl power, Malory Towers will no doubt be the next great family must-watch series.”

All episodes of Malory Towers will be available to stream on the free CBC Gem streaming service in Canada beginning Friday, August 28.

Deirdre Brennan, EVP Content Partnerships at WildBrain, said: “The response to Malory Towers has been fantastic and we’re thrilled that so many leading platforms will share this series with families internationally.”

Jo Sargent, Executive Producer and King Bert Productions Managing Director, said: “The reaction to Malory Towers has been incredible so far, and it is wonderful that more audiences across the globe will now be able to engage with Enid Blyton’s iconic series through our adaptation.”

Malory Towers follows 12-year-old Darrell Rivers, played by talented newcomer Ella Bright, as she leaves home for the first time to attend an all-girls’ boarding school. Set in the 1940s on the sun-drenched cliffs of the Cornish coast, Malory Towers explores this nostalgic world of midnight feasts, lacrosse, pranks, and lasting friendships. For a contemporary audience, the show is both aspirational and inspirational, telling the story of universal experiences including shifting cliques, FOMO, bullying, crushes, peer pressure, and self-doubt. The girls keep an eye on each other and, like a family, are forever connected by their shared experiences.

WildBrain is international distributor for Malory Towers outside of the UK. Malory Towers was commissioned by BBC Children’s Head of Content Cheryl Taylor and is executive produced for the BBC by Amy Buscombe. The rights were acquired from Karen Lawler at Hachette Children’s Group, owners of Enid Blyton Entertainment and publisher of Malory Towers.