London, UK – 18 September 2020 – WildBrain Spark, the premium kids and family AVOD network and studio, has been appointed by ZAG and ON kids & family (Mediawan Group) to manage superhero television series Power Players on YouTube. Under the full-service agreement, WildBrain Spark will handle YouTube distribution of episode clips and webisodes and execute a paid-media campaign for English-speaking audiences globally across the official Power Players YouTube channel. The digital activity will support the series’ broadcast presence on Cartoon Network and Netflix, as well as the toy line from ZAG Lab (ZAG’s toy division) and Playmates Toys, which is now available from Amazon, Walmart and Target in the US. 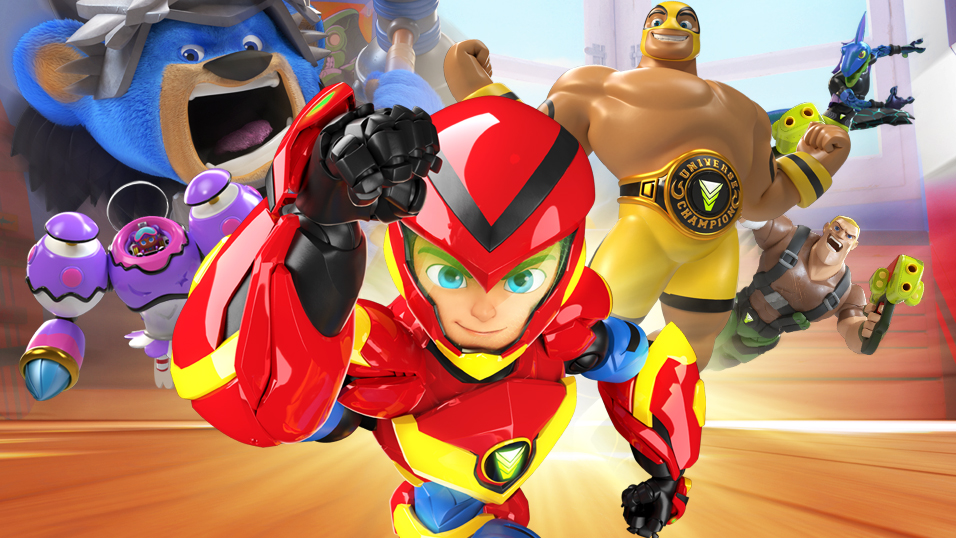 Developed by Jeremy Zag and Man of Action (Ben 10, Big Hero 6) and co-produced by ZAG and ON kids & family (Mediawan), Power Players is a hybrid CGI-animated superhero series aimed at kids aged 7+. The series launched on Cartoon Network in September 2019, and was made available on Netflix in the US earlier this year.

Jon Gisby, EVP and Managing Director at WildBrain Spark, said: “YouTube and digital platforms are a powerful way of sustaining and growing the popularity of television series and consumer products. Power Players is a fantastic, action-packed property which makes it ideal for launching on YouTube, and we are very excited to work closely with ZAG to extend the presence and reach of Axel and his friends to new English-speaking audiences.”

Jeremy Zag, CEO and Founder at ZAG, said: “We would like to thank all our partners already on board for this extraordinary IP. Power Players is proving its growing success more and more everyday. We are extremely proud to announce this new partnership with WildBrain Spark, who will run the official Power Players YouTube channel.”

Power Players is a fun comedy-action show with real stakes, large laughs and over-the-top action. Shifting between the full-scale world of Axel and his friends and family, the mind-blowing visuals take hold when Axel crosses over into the world of his toy teammates. Comedy springs from the wild characters. Axel, who was responsible for the outbreak of smart toys in the first place, must save the world and his friends while keeping his role in the rescues a complete secret. And, he still has to get his chores done! The Power Players don’t hide from people, but they do fly under the radar of humans who perceive them as they would any other toys.

WildBrain Spark is part of WildBrain Ltd., one of the world’s largest independent kids and family entertainment companies.

ZAG America, LLC is a global independent entertainment studio specializing in world-class storytelling across TV, film and digital platforms. ZAG’s foundation is rooted in compelling characters, limitless imagination, and masterful storytelling infused with original musical scores. The company is home to world-class entertainment properties under the ZAG HEROEZ label, including Miraculous™: Tales of Ladybug & Cat Noir, Power Players, and the upcoming Ghost Force. Founded in France in 2009, visionary director and composer Jeremy Zag further expanded the company to the USA in 2012 – establishing a creative headquarters, known as the “ZAG Lab” and the Global Brand Franchise office in Santa Monica, California, with a focus on developing content beyond the screen into lifestyle brands covering a broad array of touchpoints.

About ON kids & family (Mediawan Group)

Co-founded by Aton Soumache, Dimitri Rassam and Thierry Pasquet, ON kids & family is an independent European studio and major global player in the production of animated content for children and families, mainly TV series and international feature films. With almost 500 employees in Paris, Montreal, Los Angeles, Hyderabad and Luxembourg, ON kids & family brings together global authors and partners in order to develop brands using different formats such as animated series and feature films, licensing and merchandising, and digital platforms and contents. The Group mixes innovation, technology and international talent to create wonderful fairy tales for children and families with numerous productions such as Le Petit Prince (“The Little Prince”), “Miraculous”, Le Petit Nicolas (“Little Nicholas”) and Robin des Bois (“Robin Hood”), which have attracted record audiences and become major international hits. ON kids & family also produced the animated film “Playmobil: The Movie”, directed by Lino Di Salvo (Pathé Distribution).  In 2019, On kids & family has partnered with successful artist Joann Sfar to create “The Magical Society”, dedicated to developing the universe of the author. The first production of this partnership is the “PETIT VAMPIRE” animated movie, that will be released on Oct. 21rst 2020 in France.

Following a strategic merger, ON kids & family joined the Mediawan Group in June 2018.

Find out more about ON kids & family: www.onkidsandfamily.com