“We are honored that JibJab Bros. Studios chose WildBrain to manage their premium educational content on YouTube,” said Jon Benoy, Head of Sales at WildBrain. “Our team has extensive experience growing online audiences for well-known children’s brands, and we’re also highly adept at developing and managing educational content for young audiences. StoryBots has already done incredibly well on YouTube and we look forward to continuing this growth.”

“The StoryBots YouTube channel has quickly become a fixture in so many homes and classrooms, with more than a half-billion minutes watched and 340,000 subscribers,” said Gregg Spiridellis, CEO of JibJab and co-founder of StoryBots. “It’s one of our biggest discovery tools, and we look forward to leveraging WildBrain’s expertise to both nurture and grow this audience, while also driving viewers to our educational website, apps and other products.”

WildBrain will add the StoryBots YouTube channel to its massive network, which stands at 35 million subscribers and generated 55 billion minutes watch time from July through December 2017.¹ As with all of the channels under its management, WildBrain will distribute and manage this high-quality kids’ content, and also monitor the YouTube platform for comments and unofficial content. 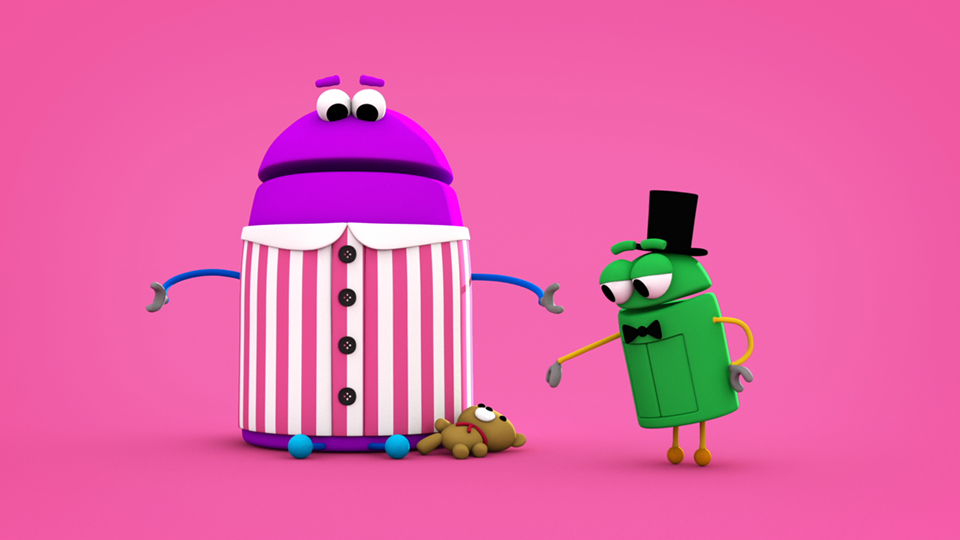 The StoryBots universe centers on a group of curious little creatures who live beneath our screens, offering a world of learning and fun for kids, parents and teachers. In addition to its very successful YouTube channel, the StoryBots are stars of their own Emmy Award-winning Netflix Original series, Ask the StoryBots, and its companion show, StoryBots Super Songs, which is now on both Netflix and YouTube.

Fans can make themselves the stars of their favorite StoryBots learning videos with the brand’s Starring You® personalization technology, available on the StoryBots website and iOS apps. Members can also unlock hundreds of additional eBooks, activities and games, while educators can apply for free access to the entire premium library through the Teachers’ Choice Award-winning StoryBots Classroom program.

About WildBrain
WildBrain is an industry leader in the management and creation of preschool and children’s entertainment content on platforms such as YouTube, Amazon Video Direct and others. WildBrain’s branded YouTube network is one of the largest of its kind, featuring more than 65,000 videos for 600 kids’ brands in up to 22 languages. The WildBrain network generated over 55 billion minutes watch time from July through December 2017. Connecting kids’ content owners with advertisers in the Advertising Video-on-Demand (AVOD) space, the WildBrain network features popular third-party brands such as Bob the Builder, Fireman Sam, Shopkins and Lazy Town, as well as much of DHX Media’s world-renowned library of 13,000 half-hours of kids’ and family content, including Peanuts, Teletubbies, Strawberry Shortcake, Caillou, Inspector Gadget, Degrassi, Yo Gabba Gabba! and many others. WildBrain Studios also specializes in the creation of new, original content for its network, such as animated and live-action shorts; toy-play and stop-motion videos; book readings; preschool counting and alphabet videos; nursery rhymes and more. WildBrain is a wholly owned subsidiary of DHX Media (TSX: DHX.A, DHX.B; NASDAQ: DHXM).

About StoryBots
StoryBots makes learning fun for kids ages 3-to-8 with interactive, educationally themed and personalized books, videos, games, music and more. Today, the StoryBots universe includes 200+ videos, 150+ books, a full suite of classroom tools and math games, and most recently, the Emmy Award-winning Netflix Original series Ask the StoryBots. StoryBots is available on the web and via a collection of popular mobile apps for iPad, iPhone and Apple TV. StoryBots is ad-free and kidSAFE-certified.