London, UK – 6 September 2018 – WildBrain, a leading digital kids’ network & studio, has been commissioned by leading independent international media group and rights owner, Coolabi Group, to produce an original, 10-episode YouTube toy-play series for Coolabi’s much-loved preschool brand, Clangers, following a successful pilot earlier this year. As part of a two-year global agreement under which WildBrain exclusively manages all official Clangers content on YouTube, WildBrain has also been appointed by Coolabi to manage the YouTube strategy for the new narrative toy-play series, with the aim of expanding the brand’s international audience. The latest content is expected to launch on the official Clangers’ YouTube channel for Halloween 2018. 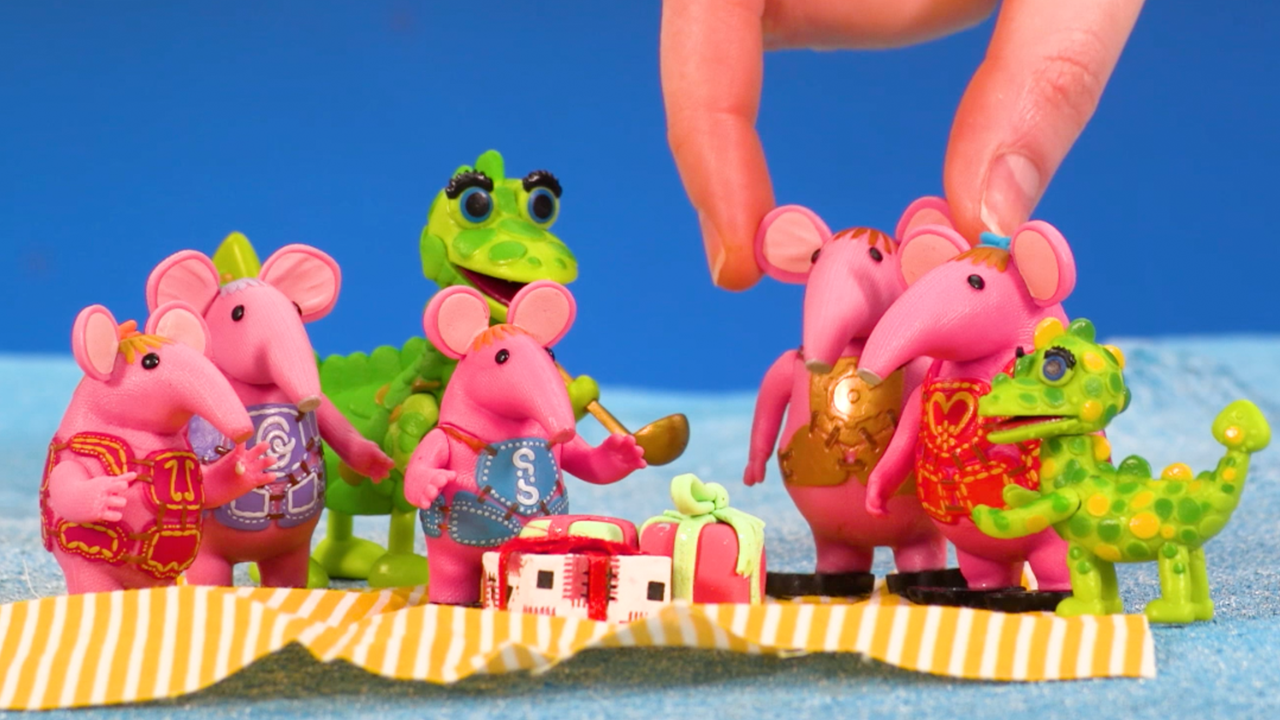 “Clangers is a wonderful example of a preschool property with a strong UK heritage that is now reaching global audiences on YouTube through new content,” said Jon Gisby, Managing Director, WildBrain. “Since taking over channel management earlier this year, WildBrain has doubled the YouTube audience for Clangers and our viewing data shows strong potential for additional international growth. WildBrain Studios are excited to begin work on a new toy-play series for Clangers fans around the world to enjoy on YouTube.”

Jeremy Banks, Chief Executive, Coolabi Group, comments: “We are over the moon to be partnering with WildBrain in bringing our magical brand, Clangers, to even more new audiences across the globe. The YouTube channel is really starting to increase the visibility and footprint of Clangers on the platform. With the Clangers’ 50th anniversary approaching in 2019, we have a really exciting twelve months ahead and the new toy-play series is set to be one of the many new adventures we are taking the brand on to celebrate!”

The new Clangers narrative toy-play series is set to launch later this year and will stay true to the show’s much-loved topics of kindness, problem-solving, creativity, family and music. In addition, some of the episodes are linked with key celebrations and sporting events.

Clangers first appeared on the BBC from 1969 to 1972, and returned to the BBC to huge fanfare 46 years after its initial debut in 2015. Co-produced by CBeebies, Coolabi Group and Smallfilms, the new Clangers series premiered on the BBC’s preschool channel, CBeebies, and was also picked up by Sprout and Netflix in the US. The highly popular new series has won numerous awards, including a 2015 Bafta for best preschool animation, and a 2017 Kidscreen Award for best animation.

Clangers is an internationally renowned pre-school stop motion-animation featuring a family of loveable, pink, mouse-like creatures who communicate in whistles and eat soup from their little blue planet’s soup wells.

The show, originally created by Peter Firmin and Oliver Postgate, first made its debut on BBC Television in 1969, and returned to CBeebies to huge fanfare in June 2015 with a brand new, multi-award winning series of 52 x 11 episodes featuring Mother, Major, Tiny, Small and Granny Clanger, which quickly became one of CBeebies’ top rating shows.  A second new series premiered on CBeebies in 2017 & 2018, with 26 x 11 minute episodes, bringing the total number of new episodes to 78.

The new Clanger series’ have all the magical, surreal, gentle, melodic elements of the original show and transforms it into an even more vivid, vibrant, technically improved production. The show uses the same stop-motion animation techniques as the original but with improved technology and a larger team. It is narrated by Michael Palin in the UK and William Shatner in the US.

In 2015, Clangers won the BAFTA and Broadcast Awards for best pre-school animation. In addition, Clangers won the Kidscreen Best Animation in Creative Talent Award, plus the 2016 Voice of The Listener and Viewer (VLV) award for excellence in broadcasting, the 2016 Pulcinella Award for best pre-school animation, and the 2016 Bulldog Televisual Children’s Award.

In December 2016, Coolabi launched creative brand campaign, #ClangersForKindness, which generated exceptional consumer reach and engagement. The campaign’s brand communication integrated TV and radio advertising, YouTube, PR, sponsorship, social and blogger interaction.  To date, over 10,000 kindness wishes have been made and the #ClangersForKindness hashtag has had a reach of two million.

In 2019 Clangers will celebrate its 50th Anniversary since the first episode launched on the BBC in 1969. The anniversary will herald a year of surprises and activations for both new and older fans.

WildBrain is an industry leader in the management and creation of preschool and children’s entertainment content on platforms such as YouTube, Amazon Video Direct and others. WildBrain’s branded YouTube network is one of the largest of its kind, featuring more than 110,000 videos for over 600 kids’ brands in up to 22 languages. The WildBrain network, which has over 50 million subscribers, generated over 129 billion minutes of watch time across 25 billion views, from July 2017 through June 2018. Connecting kids’ content owners with advertisers in the Advertising Video-on-Demand (AVOD) space, the WildBrain network features popular third-party brands such as Fireman Sam, Curious George, Shopkins and Ben 10, as well as much of DHX Media’s world-renowned library of 13,000 half-hours of kids’ and family content, including Peanuts, Teletubbies, Strawberry Shortcake, Caillou, Inspector Gadget, Degrassi, Yo Gabba Gabba! and many others. WildBrain Studios also specializes in the creation of new, original content for its network, such as animated and live-action shorts; toy-play and stop-motion videos; preschool counting and alphabet videos; nursery rhymes and more. WildBrain is a wholly owned subsidiary of DHX Media (TSX: DHX, NASDAQ: DHXM).

The Group, made up of Coolabi and Working Partners, has particular expertise in the media of book, television and in the management and  growth of its brands. The Group creates original series fiction for publishers and has crafted well over 100 published series, consisting of some 1,600 books, sold in more than 40 languages. Warriors, Beast Quest, Animal Ark and Rainbow Magic, have each sold well over ten million copies.

Coolabi also owns the rights in over 20 TV series and over 400  half-hours of programming; its series have aired in more than 140 territories on channels including: ABC, Amazon, Cartoon Network, CBeebies, CBBC, Cartoon Network, Clan / TVE, Disney, France 5, CITV, Kika, Netflix, Nickelodeon and Sprout. Brands include the multi-award-winning remake of Clangers, which airs on CBeebies, Scream Street, shown on CBBC and Poppy Cat (Milkshake).