Halifax, NS – 2 October  2015 – NDP Leader Tom Mulcair guest stars Tuesday when This Hour Has 22 Minutes premieres its new season on CBC Television. In a hard-hitting interview with … himself (played by Mark Critch), the prime-minister wannabe talks about his reputation as ‘Angry Tom,’ his autobiography, and election promises. 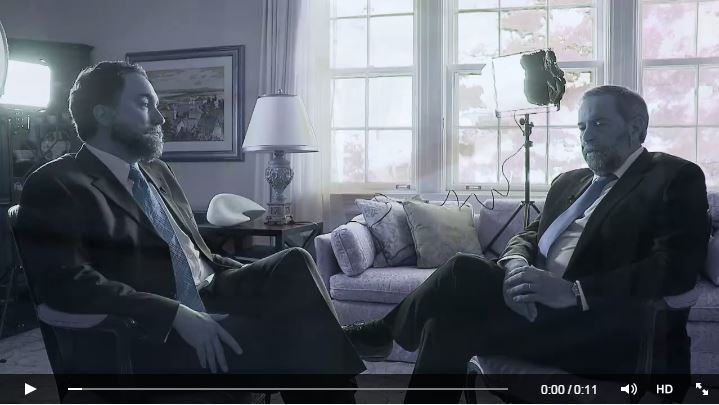 “We’ve made a lot of big promises – how the hell are we going to pay for these?” ‘Mulcair’ asks himself.

The first episode also features a twist on the Conservatives’ ‘Just Not Ready’ ads, an instructional segment on Facebook law, and a timely look at jumping on the Blue Jays bandwagon.

“With the federal election just weeks away, this is a perfect time for us to be launching our new season – we’ll be skewering all of the political parties and their leaders with our own special brand of election coverage,” says Executive Producer Peter McBain.

22 Minutes remains one of Canada’s best-known and top-rated comedy shows. It has won numerous awards, including most recently four 2015 Canadian Comedy Awards, where it was named Best TV Show (Season 22).

About DHX Media Ltd.
DHX Media Ltd. (www.dhxmedia.com), is a leading broadcaster, creator, producer and marketer of entertainment programming. The company markets and distributes its library of more than 11,000 episodes of programs worldwide, and licenses its owned properties through its dedicated consumer products business. DHX Media Ltd. is owner of the Family suite of channels, operated as DHX Television. With offices in 15 cities worldwide, including Toronto, Vancouver, Halifax, Los Angeles, London, Paris, Barcelona, Milan, Munich, Amsterdam and Beijing, DHXMedia Ltd. is listed on the NASDAQ Global Select Market under the ticker symbol DHXM, and on the Toronto Stock Exchange under the ticker symbols DHX.A and DHX.B.