TWO TEAMS, ONE DREAM! SEASON FIVE OF THE NEXT STEP DANCES ONTO FAMILY CHANNEL, MAY 26

THE NEXT STEP: THE OFF SEASON AVAILABLE NOW ON THE FAMILY CHANNEL APP

Toronto, May 15, 2017 – Get ready for a season filled with friendly rivalries and fierce competition with the return of Family Channel’s hit series The Next Step. Debuting Friday, May 26 at 4:30 p.m. ET/PT, season five represents a new chapter for the studio as the dancers are divided into two separate teams, led by fan-favourites Victoria Baldesarra (Michelle) and Alexandra Beaton (Emily). Fans who can’t wait for the new season to begin, can check out the new short series The Next Step: The Off Season, on The Family Channel App, to find out what A-Troupe has been up to since their Regionals loss. Following the premiere, new episodes of The Next Step will air regularly Fridays at 4:30 p.m. ET/PT with encore presentations at 7 p.m. ET/PT. 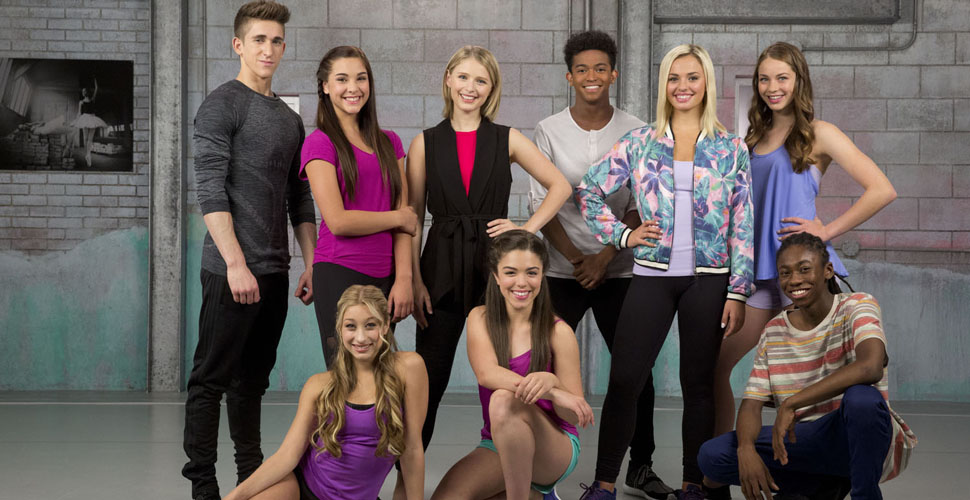 Season five of The Next Step premieres Friday, May 26 on Family Channel.
To watch the season five trailer, click here.

Season five of The Next Step brings about a lot of changes for the studio. Since losing at Regionals, A-Troupe is once again the underdog, but that won’t deter them from getting back to the top. As many dancers leave to pursue their goals and dreams, former dance captain Emily (Beaton) steps in to take control of the studio. But her strict regime isn’t welcomed by everyone and the studio quickly divides into two: Emily’s classically trained dancers, and the self-trained/hip-hop crew led by veteran Michelle (Baldesarra). In the end, only one team can make it to Regionals and it’s a full out battle between East vs. West.

For those curious to see what happened between the fourth and fifth seasons, the new short series The Next Step: The Off Season takes a look at what the dancers have been up to since their Regionals loss. The series is currently exclusive to The Family Channel App and will be available on YouTube and Family.ca beginning Friday, May 19. New episodes of The Next Step will be also available on The Family Channel App and on Family OnDemand, following their broadcast premieres. Fans who want to meet the cast and see them perform, can do so at this year’s Big Ticket Concert in Toronto on Sunday, August 27. For more information, please visit Live Nation.

The Next Step is produced by Radical Sheep Productions, a division of Boat Rocker Studios in association with Family Channel and is executive produced by Ivan Schneeberg and David Fortier (Lost & Found Music Studios, Wingin’ It); Michelle Melanson Cuperus (The Bagel and Becky Show, Fangbone!); Rachael Schaefer (The Next Step, Wingin’ It) and Karen McClellan (The Other Kingdom, Being Erica). The Next Step was created by Frank van Keeken. The Next Step is also produced with the participation of the Shaw Rocket Fund, the Canada Media Fund (CMF) and CBBC. BBC Worldwide handles the international rights to the series.