Toronto, 9 August 2017 – Family CHRGD gets lost in the Bermuda Triangle with the series premiere of Zak Storm. Sailing onto the network on Monday, August 21 at 5 p.m. ET, the animated adventure follows Zak’s journey as he sails and surfs through the Seven Seas of the Bermuda Triangle accompanied by an extraordinary ship and a hilarious crew. The exciting escapades continue all week long, with new episodes airing Monday to Friday at 5 p.m. ET. Following the premiere event, Zak Storm moves to its regular timeslot, Tuesdays at 5 p.m. ET, joining the network’s Turbo CHRGD Tuesday lineup. 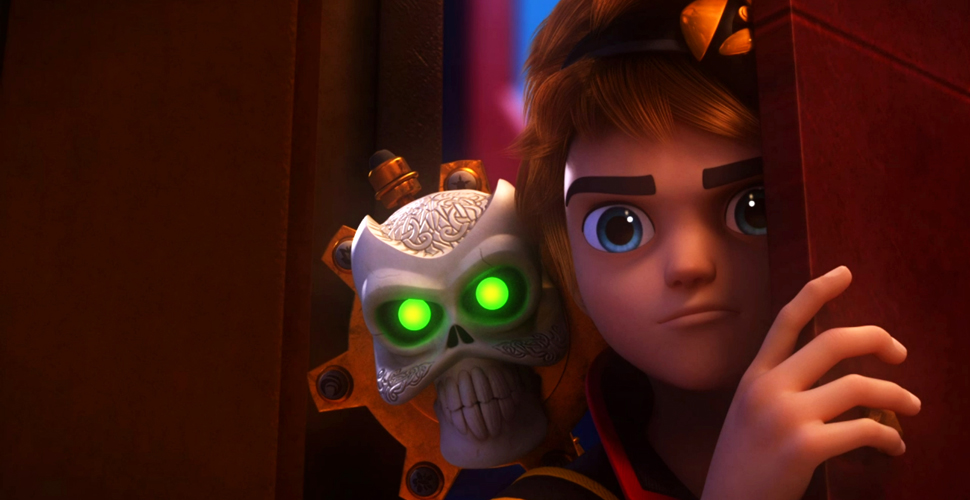 Zak Storm tells the tale of a young surfer who is swept into the Seven Seas of the Bermuda Triangle during a surfing competition. Once inside, Zak joins forces with a ragtag crew and a magical sword, Calabrass, which turns him into a pirate-like hero. Each episode follows Zak as he tries to escape from the strange and unpredictable waters, while fighting off gnarly villains. It’s up to Zak to learn how to master the powers of his enchanted sword and figure out how to defeat the fiercest pirate that ever lived, the evil Skullivar. In the premiere episode, “Origins Part 1,” Zak is taken into the Triangle where he meets Clovis, Bones and Chaos the ship.

Taking over the network for an entire week, Zak Storm swoops onto CHRGD on August 21 with new episodes airing Monday through Friday at 5 p.m. ET. Following the epic event, the swash-buckling series moves to its regular timeslot, Tuesdays at 5 p.m. ET, airing alongside DreamWorks’ Dragons: Race to the Edge as part of Turbo CHRGD Tuesdays. New episodes will also be available on The Family Channel App and Family CHRGD OnDemand beginning August 22. Adventure seekers looking to learn more about Zak Storm can ride the waves over to CHRGD.ca

From the team behind Family’s hit series Miraculous: Tales of Ladybug & Cat Noir, Zak Storm is co-produced by Zagtoon, Method Animation, SamG and Man of Action Entertainment in partnership with Gulli and PGS Entertainment. Michael Johnston (Teen Wolf) stars as the voice of Zak Storm.