Family Channel stars from The Next Step, Backstage, and Lost & Found Music Studios come together to share the stage

Toronto, ON – 3 May 2016 – Drumroll please! It’s the moment kids and their families have all been waiting for: Family Channel’s Big Ticket Summer Concert returns this August with seven sensational shows! A perfect way to close out the summer and a show jam-packed with performances and collaborations from the biggest Family stars, the tenacious tour runs from August 19 – August 28 making stops in Edmonton, Winnipeg, Summerside, Moncton, Halifax and Ottawa before heating up the Molson Canadian Amphitheatre in Toronto. In celebration of the concert’s 5th anniversary, five stellar acts are set to ignite the stage with breakout star Daya as the concert’s headliner, and bringing together the network’s most notable performers including homegrown hit-maker Shane Harte, and talented newcomers Mckenzie Small, Josh Bogert and Aviva. Tickets go on sale this Friday at 10 a.m. (local time), and for a limited time fans can take advantage of the special anniversary pricing at $20 each for selected seats. For more information, please visit Family.ca. 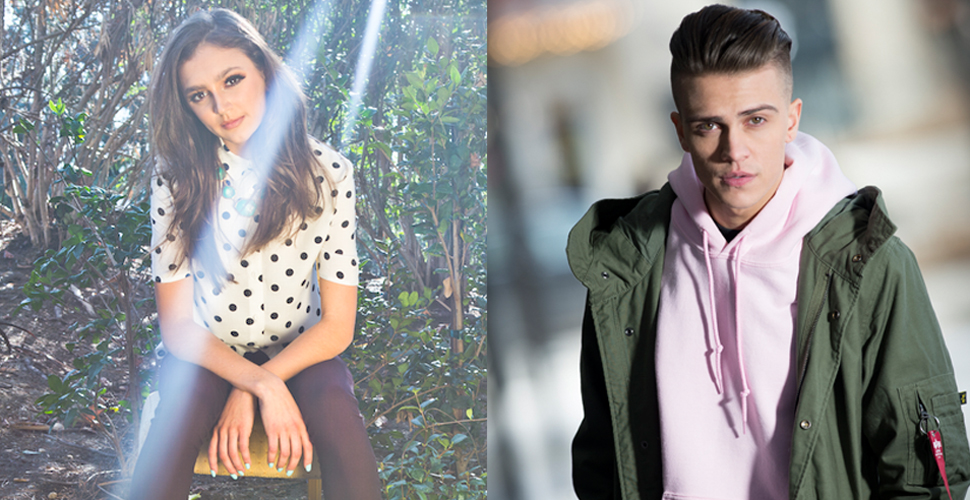 “The Big Ticket Summer Concert series continues to be the ultimate family entertainment experience and it’s hard to believe this is the fifth anniversary of the tour,” said Paul Cormack, Vice President, Marketing, DHX Television. “Family is known for introducing legions of fans to artists on the brink of breakouts and this year is no different. After the incredible reaction to Shane Harte on the 2015 tour, adding three new Cardinal Point Music artists to the 2016 tour was an easy decision; they’ll be an incredibly engaging lineup for our audience heading into music dynamo Daya – our main event.”

Full routing for the 2016 Big Ticket Summer Concert tour is as follows:

Offering the best in family entertainment, the highly anticipated end-of-summer event provides first time concert-goers and Big Ticket veterans alike, with an unforgettable concert experience filled with upbeat music, high-tempo dancing and everything in between. Headlining this year’s tour is 17-year-old Pittsburgh native Daya, whose multi-instrumental talent and powerhouse vocals are sure to have the crowd on their feet. The breakout star is a force to be reckoned with – her certified-platinum debut single “Hide Away” has garnered over 10 million views on YouTube and peaked at #7 on the Top 40 Canadian mediabase radio chart, and her collaboration with The Chainsmokers, titled “Don’t Let Me Down,” recently topped the list of most-Shazaam’d songs in the USA.

This year’s concert also marks the triumphant return of alternative-pop artist Shane Harte, star of Lost & Found Music Studios, whose international appeal was recently cemented with his standout performance on the international The Next Step Wild Rhythm Tour. After signing with Cardinal Point Music in 2015, Shane Harte took the Canadian music scene by storm, and his hit single “Left Standing” can be heard on radio stations across the country.

Making their touring debuts this summer are three brand new Canadian artists: Toronto songstress and lyricist Mckenzie Small, Vancouver-based pop phenomenon Josh Bogert, and soulful singer-songwriter Aviva. Mckenzie released her debut single “Caught Feelings” in late April, soon to be followed by new original tracks from both Josh and Aviva. Known for their starring roles on the popular Family Channel series Backstage, each of these emerging young stars will bring their own unique and energetic sounds to the lineup.

Of course, no Big Ticket Summer Concert would be complete without performances from stars of the network’s hit series. Each stop will include special appearances by fan-favourite cast members from fan-favourite series Backstage and The Next Step, bringing intricate and eye-popping dance routines to the stage, as well as special musical performances from the melodious Lost & Found Music Studios. Plus, this year Trevor Tordjman (“James” from The Next Step) will charm audiences with his sophisticated swagger and unique sense of humour, acting as concert host alongside Family Channel’s very own Deepa Prashad.

To commemorate the Big Ticket Summer Concert’s 5th anniversary, Family Channel is offering special anniversary-priced tickets to all seven shows. Beginning Friday, May 6 at 10 a.m. (local time) fans can visit Family.ca, to find out how to purchase their tickets. Fans will want to act fast as anniversary tickets will be available for a limited time, on a first-come, first-serve basis. A one-stop online shop for everything Big Ticket Summer Concert-related, the dedicated website also features details about the hosts and artists, offers music videos from the concert’s performers and allows fans to pre-order concert t-shirts at the online merchandise store.

About Family Channel
Family Channel offers the best in family television entertainment in a premium, commercial-free environment. Dedicated to celebrating family life and providing a daily vacation for children and their families, Family airs a unique mix of top-rated series, movies and specials. Family Channel subscribers also have access to Family OnDemand and Family OnLine at no additional cost, to see hit movies and series when they want them, where they want them. Visit us at Family.ca.