STARS SAY EH-OH! TO THE TELETUBBIES AT WORLD PREMIERE

Halifax, NS – 26 October 2015 – DHX Brands, the dedicated brand-management and consumer-products arm of DHX Media (“DHX” or the “Company”) (NASDAQ: DHXM; TSX: DHX.A, DHX.B), premiered the highly anticipated new series of Teletubbies, which starts on CBeebies on 9th November, this weekend at the BFI on London’s South Bank with an array of famous faces in attendance. 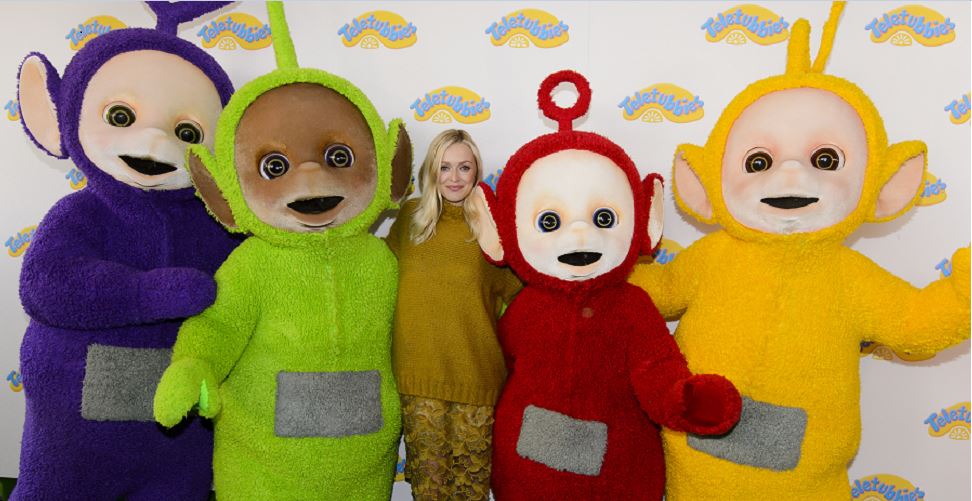 Fearne Cotton, who provides one of the voices to the much-loved ‘Voice Trumpets’, joined the stars of the show, Tinky Winky, Dipsy, Laa-Laa and Po, on the green carpet.

Fearne Cotton commented: “It was so much fun seeing the new episodes on the big screen and hearing my voice was surreal!  It’s really nice to be back doing kid’s TV again; everyone has been so excited when I tell them I’m in Teletubbies. I’m going to win serious brownie points from my kids!”

Tor Bushell, VP Brand Management at DHX Brands, added, “It’s been wonderful to see the excitement both in the industry and more widely amongst the public for the return of the Teletubbies. We have worked with our partners to really pull out all the stops on this launch, and we’re looking forward to sharing the new Teletubbies with the world.”

It features the same well-loved characters and styling but is visually enhanced, bringing a refreshed and contemporary look and feel to one of the world’s most well-known children’s properties.

There has been a huge buzz within the licensing industry since the announcement that Teletubbies is returning, with over 50 leading licensing deals secured around the world. Working on a worldwide basis with Character Options as master toy licensee and Egmont for master publishing, plus VTech across multiple territories for ELAs, DHX Brands has also appointed many other best-in-class licensees. With high-profile broadcast deals already in place on platforms that lend themselves perfectly to strong consumer products programmes – including Nick Jr (US), Family Jr. (Canada), Rai Yo Yo (Italy) and Gulli (France) – there are a raft of licensing agency deals currently in the works.

Global phenomenon Teletubbies first launched in March 1997 and became one of the most successful international children’s brands of all time. It has reached more than 1 billion children to date and the original episodes have aired in more than 120 territories in 45 different languages. It was the very first western pre-school property to air on China’s CCTV reaching an audience of 300 million children. Its enduring resonance with children is further underscored by the brand’s postings on YouTube which garner more than 75 million views per month.

About Teletubbies
Originally created in 1997 Teletubbies is a children’s television series targeted at preschool viewers. In September 2013, DHX Media acquired all rights to Teletubbies through its purchase of Ragdoll Worldwide Limited, a joint venture between Ragdoll Limited and BBC Worldwide Limited that owned, managed and exploited Ragdoll programming.

Multiple award-winning, Teletubbies is designed to encourage young children to watch television creatively. Full of fun and exploration, it inspires confidence and curiosity and nurtures childhood development.  Award-winning UK production company Darrall Macqueen has been engaged to executive produce Teletubbies for distribution by DHX. Together they are pioneering a 21st century version of the show for a new generation of viewers.

Disclaimer
This press release contains forward looking statements with respect to DHX Media including the timing of a television debut and the ability of the Company to complete licensing deals in international markets. Although the Company believes that the expectations reflected in such forward looking statements are reasonable, such statements involve risks and uncertainties and are based on information currently available to the Company. Actual results may differ materially from those expressed or implied by such forward looking statements. Factors that could cause actual results or events to differ materially from current expectations, among other things, include risk factors discussed in materials filed with applicable securities regulatory authorities from time to time including matters discussed under “Risk Factors” in the Company’s Annual Information Form for the year ended June 30, 2014, and annual Management Discussion and Analysis. These forward-looking statements are made as of the date hereof, and the Company assumes no obligation to update or revise them to reflect new events or circumstances, except as required by law.