SCHOOL IS BACK IN SESSION! DEGRASSI: NEXT CLASS RETURNS FOR ITS THIRD SEASON, JANUARY 9 ON FAMILY CHANNEL’s F2N

“Arguably the most politically progressive show on TV.” – The New York Times

Toronto, 5 January 2017 – It may be the longest running dramatic series in Canadian history, but, much like high school, fans of Degrassi: Next Class can look forward to an unpredictable roller coaster ride of emotions when the critically acclaimed teen drama returns for its third season on Monday, January 9 at 10 p.m. ET/PT. Airing weeknights at 10 p.m. ET/PT, on Family Channel’s teen programming block F2N,  the new season picks up immediately following season two’s cliffhanger finale – after the tragic bus crash which left many fans wondering whether or not their favourite characters survived. Those who can’t wait to find out what happens next, can watch all 10 episodes from season three ahead of the broadcast premiere when they are released exclusively on The Family Channel App tomorrow. 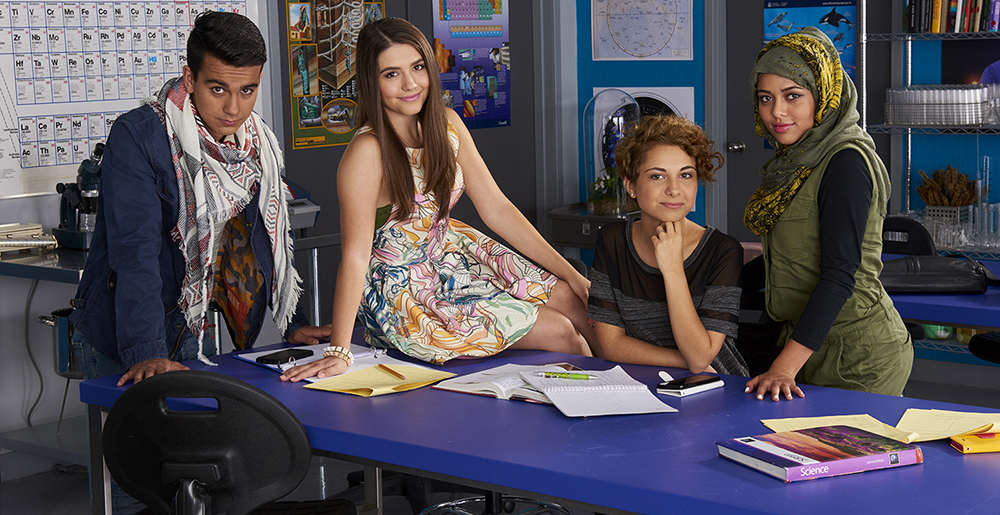 From unconventional love triangles to tackling serious subjects like abortion, to dealing with mental health issues and the introduction of Syrian refugees, season three of Degrassi: Next Class looks at many of the realities facing Canadian teens today. The season begins revealing the outcome of the devastating bus crash – many are injured and one student is left in critical condition. Degrassi opens its doors to an influx of Syrian refugees, but when some unexpected tensions arise, so do the student politics. Meanwhile, a post on Hastygram sparks a debate about social media etiquette and what is, or isn’t, appropriate to share publically.

Degrassi fans who can’t wait to binge-watch the entire season, can do so tomorrow when it is released in full on The Family Channel App. New users can find it in the F2N section and will need to unlock the F2N portal by clicking on the “Settings” menu and clicking on the check mark to make the content visible. For viewers who want to catch up on all the Next Class drama, both season one and two are currently available on The Family Channel App and Family OnDemand.

Those looking for the inside scoop can head to F2N.ca for a behind-the-scenes look at the series. The dedicated showpage features exclusive video content, information about the characters and the show’s complete schedule. Plus, fans can prove how well they know the show by testing their Degrassi knowledge with challenging episode quizzes.

Get connected to F2N: