Over 40 agreements inked for original animated preschool series from WildBrain and Alpha Group across more than 25 territories, including China, Germany, France, Italy, UK, Russia, Mexico, US, Canada, Australia and more

Toronto, CAN; Guangzhou, CHN – April 16, 2020 – WildBrain, a global leader in kids and family entertainment, and Alpha Group, one of the world’s largest developers of animation and toys, are pleased to announce that their original CGI-animated preschool series Rev & Roll has been picked up by over 40 broadcasters and streaming platforms in more than 25 territories around the world. Rev & Roll follows the adventures of a group of high-energy friends led by eight-year-old Rev and his best friend, Rumble—a rambunctious, powerful truck with a puppy personality—in the town of Fender Bend, where everyone has a four-wheeled buddy at their side. A global toy program from Alpha has rolled out in China and is planned for additional territories. 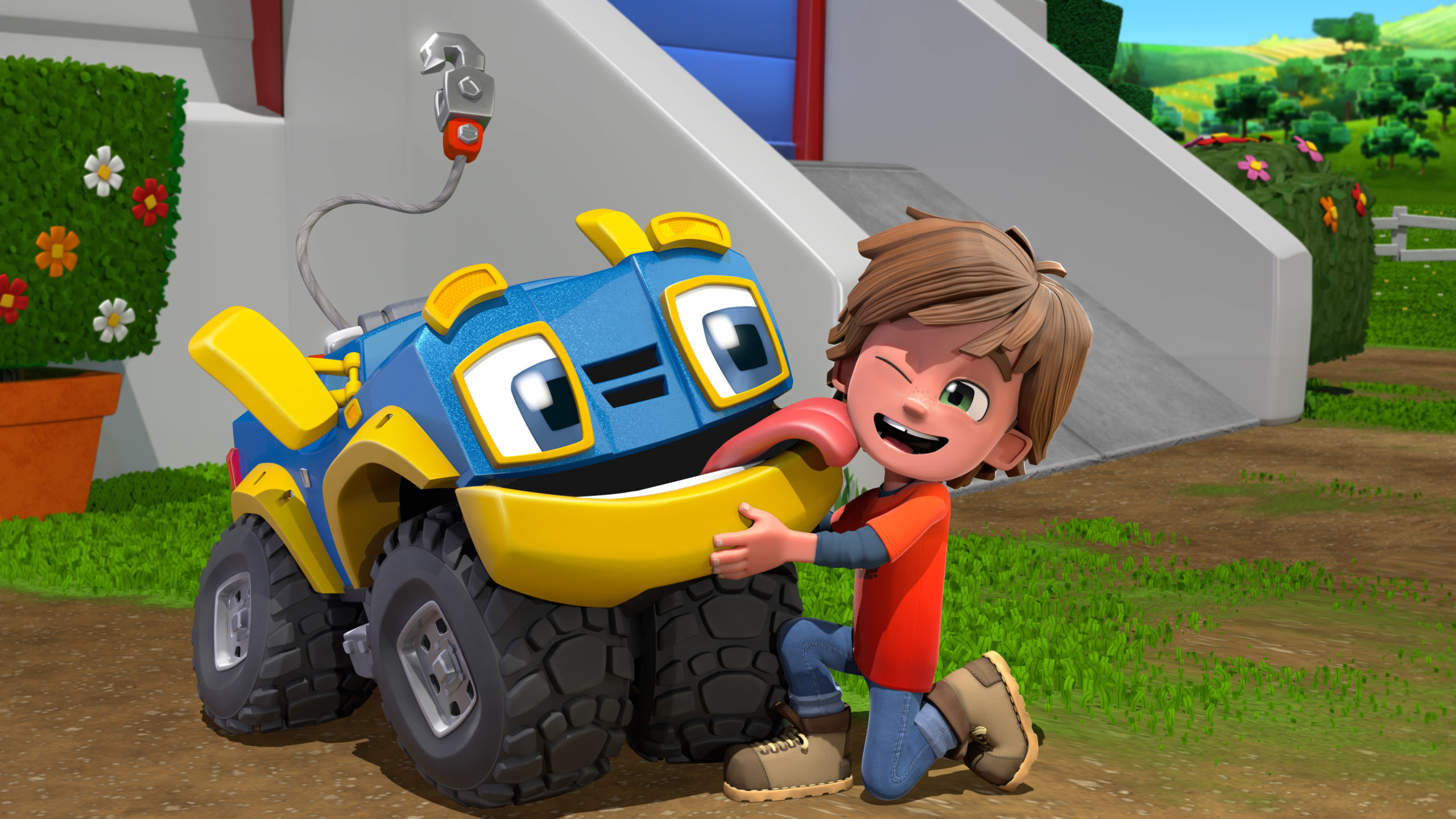 Rev and his best friend, Rumble—a rambunctious, powerful truck with a puppy personality

Rev & Roll is also proving to be popular on AVOD platforms such as YouTube, YouTube Kids, Tubi, Pluto TV, XUMO, Ketchup TV, Crackle and The Roku Channel* where the property has been watched by kids and families in diverse territories such as the US, Brazil, the UK, Australia and Canada. WildBrain Spark is set to amplify the brand even further with brand new stop-motion and toy-play original content videos.

Season one of Rev and Roll is now also available on Prime Video in the US, Canada and the UK via Prime Video Direct, Amazon’s self-distribution service for content providers.

“The response to Rev & Roll from broadcasters and streamers across the globe has been outstanding,” said Josh Scherba, President, WildBrain. “This is a fantastic series for kids, filled with adventure, friendship and fun, and we’re thrilled it’s rolling out in so many territories. Bolstered by its strong performance on our WildBrain Spark YouTube network, we think Rev & Roll has excellent potential as a global brand, and we’re equally excited about the toy program rolling out from Alpha Group.”

Robert He, President, Alpha Group, said: “Rev & Roll is a wonderful show with expressive characters, dynamic story-telling and strong curriculum goals. We believe kids and parents will love it.”

Rev & Roll (52×11’) follows the adventures of eight-year-old Rev and his best friend, Rumble—a rambunctious, powerful truck with a puppy personality—in their hometown of Fender Bend! Everyone in town has their own unique four-wheeled buddy at their side. But Rev and Rumble are the ultimate pair. With Rev’s big ideas and Rumble’s truck power, these two are always revved up and ready to roll! Each day brings a new adventure, a new challenge, and something epic to learn along the way, whether they’re helping Rev’s family on their ranch, wheeling around town, or roaring through the surrounding wilderness. Along for the ride are Avery and her feline ATV Alley, Owen and his jumpy frog-like race car Crash, Lori and her powerful horse-like truck Tipper, and Bo and his shy, elephantine fire truck Spritzer. This group of friends is always in motion, bringing a high-energy spin to everything they do. Join the fun—let’s rev and roll!

At WildBrain we make great content for kids and families. With approximately 13,000 half-hours of filmed entertainment in our library – one of the world’s most extensive – we are home to such brands as Peanuts, Teletubbies, Strawberry Shortcake, Caillou, Inspector Gadget and Degrassi. Our shows are seen in more than 150 countries on over 500 telecasters and streaming platforms. Our AVOD business – WildBrain Spark – offers one of the largest networks of kids’ channels on YouTube, with over 145 million subscribers. We also license consumer products and location-based entertainment in every major territory for our own properties as well for our clients and content partners. Our television group owns and operates four family entertainment channels that are among the most viewed in Canada. WildBrain is headquartered in Canada with offices worldwide and trades on the Toronto Stock Exchange (TSX: WILD). Visit us at www.wildbrain.com.

Founded in 1993, ALPHA Group is China’s leader in toy, animation series production, video games, and applications for youth. Since 2006, the group has embarked on a 360 ° diversification strategy, integrating the entire entertainment chain over the years: consumer products, licensing and merchandising, points of sale, media (TV channels, websites …), production of animated series and feature films, theme parks, musical shows, video games and applications, as well as educational content. Located in Guangzhou, the third largest city in mainland China and one of the country’s hubs, ALPHA Group has 18,000 employees, including 12,000 employees in its three Chinese factories. Alpha Group is listed on the Shenzen stock exchange.

*Roku is a registered trademark of Roku, Inc. in the U.S. and in other countries.