Jonny Jetboy, a brand-new original animation series from Keith Chapman, creator of PAW Patrol and Bob the Builder, is now set to be produced by iQIYI, an innovative market-leading online entertainment service in China, in collaboration with WildBrain, a global leader in kids’ and family entertainment.

WildBrain will be acting as supervisor on the show’s development and production, as well as handling its global distribution and licensing business outside of Greater China. The deal marks first global partnership for original China IP struck by WildBrain’s dedicated Shanghai team.

Shanghai & Beijing – January 25, 2022 – iQIYI, an innovative market-leading online entertainment service in China, and WildBrain, a global leader in kids’ and family entertainment, have signed a partnership to create Jonny Jetboy. This new action-packed kids’ series from Keith Chapman, creator of such smash hits as PAW Patrol and Bob the Builder, is set to be produced by iQIYI, in collaboration with WildBrain as its supervisor, and the animation production will be done by China’s WingSing Animation Studio. The creative brains behind the show include Chapman and Michael Vogel, who serve as Executive Producers, and Jinming Lu from WingSing Animation Studio. Vogel is one of the creative forces behind My Little Pony: Friendship is Magic and WildBrain’s new Strawberry Shortcake series, Berry in the Big City. Jinming Lu is chief director for China’s renowned animation project GG Bond. The 40 x 11’ series is targeted at kids aged 4-7 and is currently in production with delivery slated to begin in 2023.

Jonny Jetboy marks the first global partnership for original China IP struck by WildBrain’s China team, based out of Shanghai. The project, which was initiated by iQIYI in concert with WildBrain China, brings together two of the kids’ entertainment industry’s leading players, leveraging their considerable mutual capabilities across production, distribution and consumer products. WildBrain Studios in Vancouver and China’s WinSing animation studio are working together to create the exciting new series, which follows the adventures of 10-year-old Jonny, the youngest member of the hero family, who are secretly the “superteam” known as JetForce.

Xiaoxuan Yang, iQIYI’s Vice President, stated: “Previously, iQIYI and WildBrain mainly collaborated over content acquisition. As for Jonny Jetboy, it marks collaboration from creative stage for both parties. Together with first-class teams from both international and domestic, as well as WildBrain’s strength in international distribution and licensing in global market, this is a key step for iQIYI in building an internationally recognized IP.” 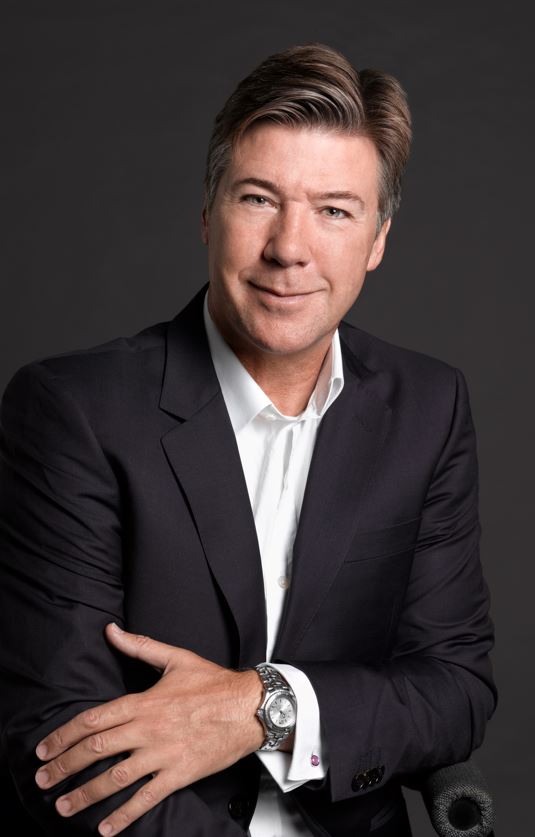 Keith Chapman added: “I’m thrilled to be working with Mike and Jinming and the talented teams at iQIYI and WildBrain to build Jonny Jetboy into a global super-brand. It’s going to be an awesome ride!”

Jianbo Wei, WildBrain’s Managing Director for China, stated: “Jonny Jetboy marks a major milestone for our dedicated China team as we join forces with iQIYI, a leading player in media and entertainment, to launch this thrilling new kids’ brand for the international market. With the combined creative genius of the team behind the show, coupled with high-energy storylines and heroic characters, we’re certain Jonny Jetboy has the right stuff to speed into the homes and hearts of families around the world.”

WildBrain’s China team is focused on bringing new and exciting content and brand experiences to kids and families within and outside of China. Not only does the team develop new original IP with local partners through WildBrain’s global infrastructure of production, distribution and consumer products licensing, it also strikes local partnerships for notable WildBrain IP such as Peanuts, Strawberry Shortcake, Teletubbies and others, while also supporting existing third-party Chinese properties for international trade.Jinming Lu expressed great confidence in Jonny Jetboy and stated: “WinSing will be fully dedicated to the quality of production on Jonny Jetboy through innovative technologies and our deep experience in the animation industry. We are excited to be working on this series and look forward to delivering the highest quality animation to global audiences.”

Jonny Jetboy – Learn what it takes to be a true hero!

Every kid dreams of being a hero, but becoming a hero doesn’t happen overnight! It takes years of practice, training and dedication. Jonny Jetboy follows the adventures of Jonny Jones, the youngest member of the Jones family, who are secretly the “superteam” known as JetForce, committed to protecting their home, the high-tech city Calamity Canyon, from its many villains. Jonny is the FASTEST member of the force, wielding a one-of-a-kind JetGlove, which he uses to power up anything to go super-fast – his family’s awesome jets, boats, scooters and even a blender! Sometimes this leads to mishaps (like exploding smoothies) but hey, he’s still learning! Like every family, the Joneses don’t always get along, but when they work together, nothing in the world can stop them! In each episode, Jonny will learn valuable lessons from his parents, his sister – and even the family’s pet tortoise – about what it takes to be a true hero!