Toronto, ON; Los Angeles, CA – February 3, 2022 – WildBrain, a global leader in kids’ and family entertainment, and Jay Ward Productions, Inc., have signed an agreement across distribution, production and licensing for the entire portfolio of classic Ward-owned IP that includes such legendary properties as George of the Jungle, Mr. Peabody & Sherman, Dudley Do-Right, Rocky & Bullwinkle, Super Chicken and more. Under the agreement, WildBrain will add 788 episodes of Jay Ward Productions’ classic animation to its distribution library, and the two companies will create brand-new content based on the Ward portfolio. 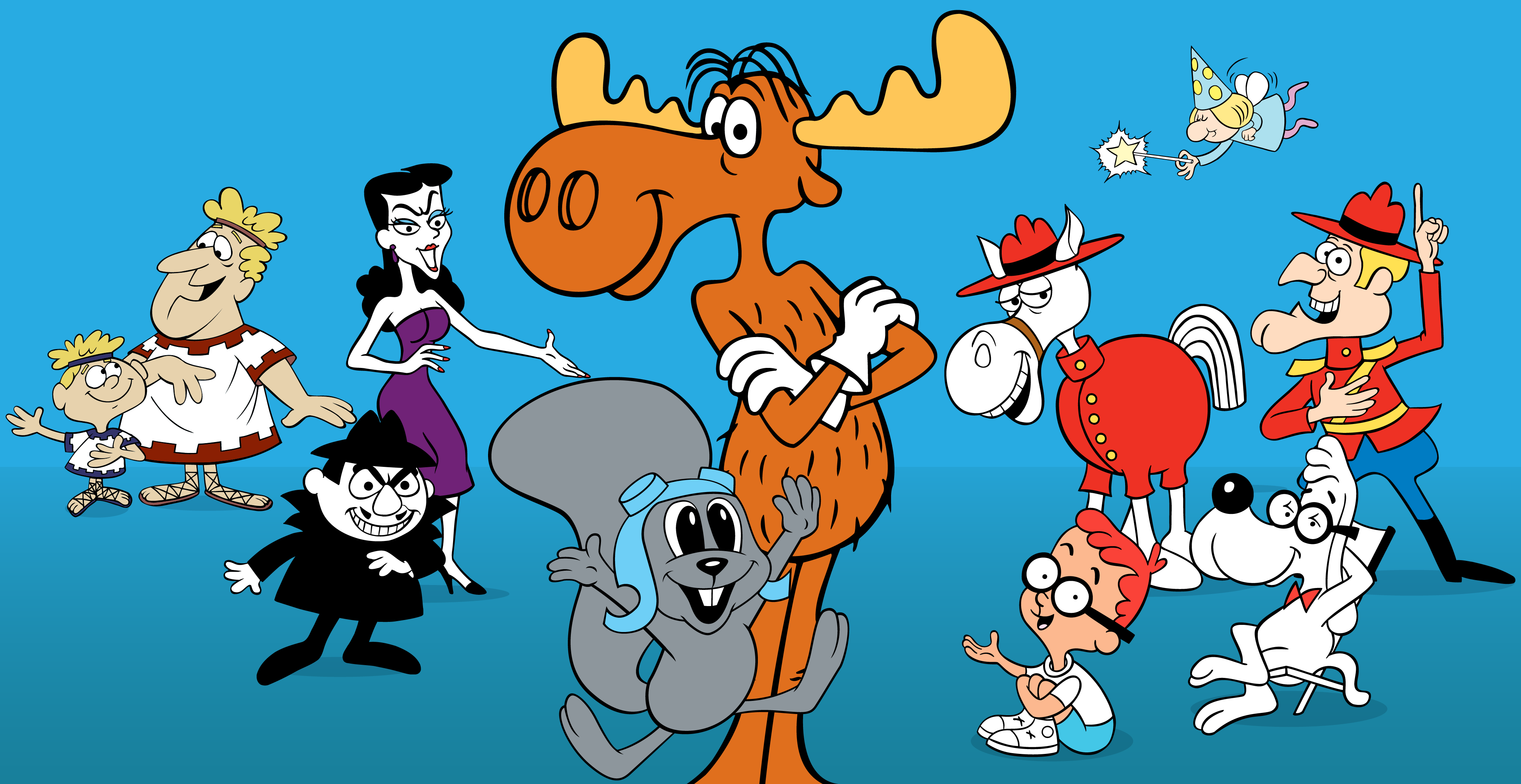 The new partnership reunites WildBrain’s CEO, Eric Ellenbogen, with Tiffany Ward, President of Jay Ward Productions and daughter of the late, acclaimed animation producer Jay Ward, who was the creator of some of the most iconic cartoons of the 1950s and 60s. Twenty years ago, Ellenbogen and Ward created Bullwinkle Studios through Ellenbogen’s former company, Classic Media, which was sold to DreamWorks in 2012 and ultimately became part of NBCUniversal.

“Everything old is new again,” said Ellenbogen. “I’m delighted to be reunited with Tiffany to bring new audiences the hilarious characters and shows created by her father, which are part of the canon of the world’s greatest animation. Never has there been a better time to refresh classic branded IP like this, just as we are doing with so many of our evergreen WildBrain brands.”

“I’m thrilled to be teaming up with Eric again,” said Tiffany Ward. “Our past partnership with Bullwinkle Studios was prolific and successful, and now that Eric is at the helm of a creative powerhouse like WildBrain, I’m excited to work with him and his fantastic team to broaden the legacy of my father’s work to new generations of kids and families.”

The prior collaboration between Ellenbogen and Ward resulted in such projects as DreamWorks’ 2014 animated feature film, Mr. Peabody & Sherman; as well as two new series animated by WildBrain (then called DHX Media), including 52 episodes of the Emmy-nominated The Mr. Peabody & Sherman Show, commissioned by Netflix from DreamWorks; and 26 episodes of the Emmy-nominated The Adventures of Rocky and Bullwinkle, commissioned by Amazon Studios from DreamWorks. Also, 52 episodes of George of the Jungle were produced by Bullwinkle Studios and a further 52 episodes later produced by August Media.

Jay Ward was the visionary American creator and producer of a cartoon universe populated by such iconic characters as Rocky & Bullwinkle, Dudley Do-Right, Boris & Natasha, Mr. Peabody & Sherman, George of the Jungle, and the inimitable Super Chicken, to name just a few. His company, Jay Ward Productions, housed in offices on Hollywood’s Sunset Blvd., produced a library of over 865 episodes of witty and sophisticated cartoon content, enjoyed by kids and parents alike as a staple of primetime and Saturday morning television in the 1950s and 60s, and which has continued to delight and entertain audiences around the world for generations. In addition to numerous, beloved cartoon series, four major motion pictures have been released based on Ward characters.

Born in Berkley, CA, in 1920, Ward was a graduate of the University of California and the Harvard Business School. In life, he was an intensely private man but also renowned as an eccentric prankster, who once staged a picnic for colleagues in the Grand Ballroom of New York’s Plaza Hotel – complete with real grass and ants – and who also appeared on Johnny Carson’s Tonight Show dressed as Napoleon and carrying a huge bologna. Ward died in 1989 at his home in California. Matt Groening, creator of The Simpsons, gave his character Homer Simpson the middle name “Jay” as a tribute to Ward.

Ward’s legacy has been celebrated in numerous retrospectives and gallery shows over the years, including at the Sundance Film Festival, the Paley Center for Media in Beverly Hills, San Diego Comic-Con and New York’s Museum of Broadcasting. Balloons of Rocky & Bullwinkle have appeared in Macy’s Thanksgiving Day Parade, and an iconic 14-foot statue of the two characters has stood on Sunset Blvd. since 1961. Ward was honoured in 2000 with a star on the Hollywood Walk of Fame.

Jay Ward Productions inc. was incorporated in 1958 and has been in continuous control of their creative characters and licenses. Family run by the renowned animation producer Jay Ward until his passing in 1989, the company has since been run by his daughter, Tiffany Ward (President) and his granddaughter, Amber Ward (Vice President). In addition to numerous, beloved cartoon series, four major motion pictures have been released based on Ward characters, including George of the Jungle (Disney), Dudley Do-Right (Universal), The Adventures of Rocky and Bullwinkle (Universal) and the fully animated Mr. Peabody & Sherman (DreamWorks). Generations of fans have been delighted by the cartoon characters Rocky & Bullwinkle strolling the grounds at the Universal Studios Florida Theme Park and have thrilled at riding Dudley Do-Right’s Ripsaw Falls flume ride at Universal’s Islands of Adventure Theme Park. Licensing and merchandise as well as international distribution have continued throughout all company years.