HE MOVES, HE GROOVES, HE ROCKS, HE RULES! ALL HAIL KING JULIEN REIGNS OVER FAMILY CHANNEL, APRIL 16

Toronto, ON – 4 April 2017 – This spring, Family Channel is getting the party started with the premiere of the Emmy Award-winning series All Hail King Julien. Debuting with four back-to-back episodes on Sunday, April 16 at 10 a.m. ET/PT, the animated comedy is the first of the previously announced DreamWorks Animation series to exclusively join the network’s broadcast lineup. All Hail King Julien brings the world of Madagascar to life, following the rambunctious lemur and his wild friends on their crazy adventures through the jungle. Following the premiere, viewers can watch hilarity unravel every Thursday at 4:30 p.m. ET/PT. 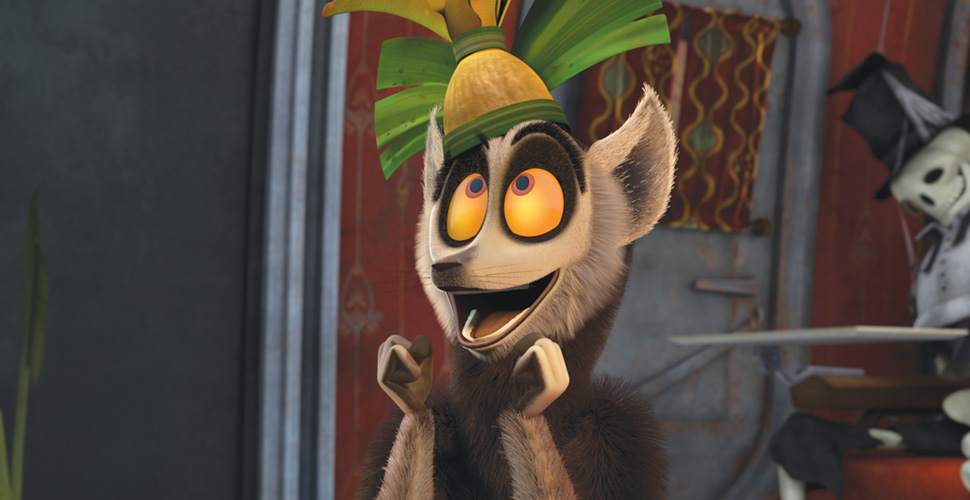 All Hail King Julien premieres with four back-to-back episodes on April 16 on Family Channel.
To view the trailer, click here.

Throw your hands in the air and wave them like you just don’t care, King Julien is here to party! When his Uncle, King Julien XII resigns from his throne and hands his crown over to his nephew, a booty-shaking party animal, the new king must find the balance between governing over his colony of lemurs and finding time to boogie. With his second-in-command Maurice and the eternally devoted Mort by his side, King Julien embarks on hilarious and unusual escapades deep in the jungle. The Emmy Award-winning series brings the beloved world of Madagascar to life with old favourites and new colourful characters. To learn more about the series, please visit Family.ca.

The morning of royalty doesn’t end there. Immediately following All Hail King Julien’s debut, viewers can tune in for the series premiere of My Knight & Me. Making its royal entrance on Sunday, April 16 at 12 p.m. ET/PT, the series follows the tales of street-smart Jimmy the Squire, a charmingly inept yet chivalrous knight, who along with his best friend Cat the Princess and his father Henri of Orange, sets out to make the Dark Ages a little lighter. On April 19 the series moves to its regular timeslot Wednesdays at 4:30 p.m. ET/PT. New episodes from both series will also be available on The Family Channel App and on Family OnDemand beginning April 17.