GET READY TO FLIP OUT! SEASON FOUR OF THE NEXT STEP PREMIERES FEBRUARY 15 ON FAMILY

Toronto, ON – 3 February 2016 – Killer choreography, dynamic dancing and non-stop drama are set to takeover Family Channel on Family Day Weekend as the network’s flagship series The Next Step returns for its fourth season. Starting at the crack of dawn, on Saturday, February 13, audiences can experience all the kicks, tricks and hair flips the popular tween drama has to offer with a nonstop three-day, full series marathon which culminates with the highly anticipated season four premiere on Monday, February 15 at 5:30 p.m. ET/PT. Following the Family Day festivities, new episodes will air regularly Fridays at 7:30 p.m. ET/PT. 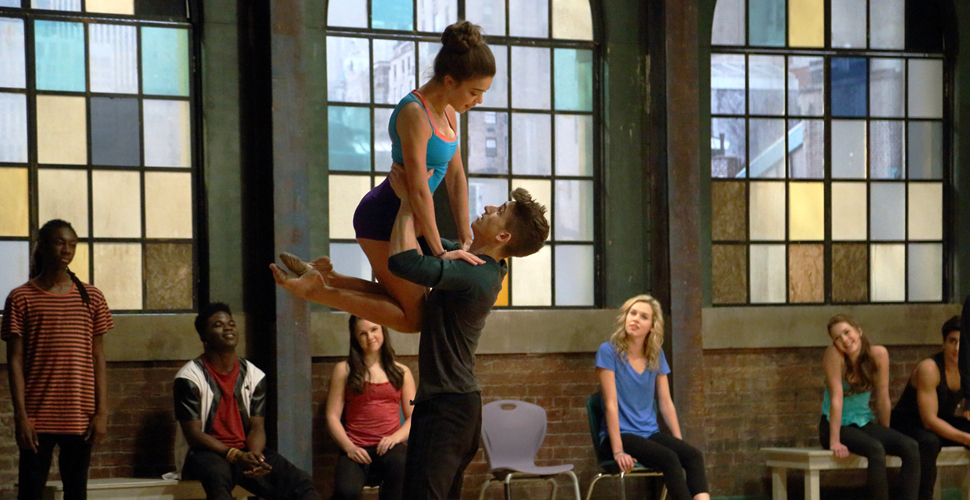 Season four of The Next Step premieres February 15 on Family Channel.
For a first look at what the new season has to offer, click here.

Known for its jaw-dropping dance routines and high-energy performances, The Next Step follows the lives of an elite group of dancers who train at The Next Step dance studio. Season four begins with A-Troupe returning home from their win at the International competition. The studio is now considered one of the best in the world, but achieving victory at the highest level has the dancers questioning their futures – some feel they’ve reached their full potential, while others are still waiting for their chance to shine. Riley is offered a surprising new position with A-Troupe, while James, West and Eldon are swept off on a whirlwind escapade to London, England. Amidst the changes a crop of talented but untested newbies are welcomed to the studio and the team must use every ounce of their talent and determination to recapture the old A-Troupe magic in time to defend their title at Regionals.

Leading up to the season premiere, fans won’t want to miss a full series marathon beginning Saturday, February 13 at 6 a.m. ET/PT. In addition to every episode ever made, the 3-day event (which will span the entire holiday weekend) will include an encore presentation of The Next Step Live: The Movie and special extended episodes. In the premiere episode, the fates of the current A-Troupe dancers will be revealed, and on February 19, when the series moves to its regular time slot (Fridays at 7:30 p.m. ET/PT) auditions begin as talented dancers from across the world flock to The Next Step studio in hopes of landing a spot on the regional team. Family OnDemand will also offer new episodes as they become available weekly beginning March 1, with select episodes available for viewing on Family.ca.

The news of the series’ return comes as cast members prepares to take the stage tonight in London, Ontario for the first stop of the international The Next Step Wild Rhythm Tour. The interactive live stage show features the amazing talents of the series’ stars featuring group numbers, solos and duets alongside musical performances by cast members from Lost & Found Music Studios. To find out if the tour is visiting a city near you, for detailed ticketing information and VIP passes, and to learn more about the series, please visit Family.ca.