Toronto, ON – 9 December 2015 – Get ready to dance, explore and laugh with the newest iteration of the world-renowned preschool brand Teletubbies as Family Jr. hosts a special presentation of the series on Saturday, December 19 at 9:15 a.m. ET. Tinky Winky, Dipsy, Laa-Laa and Po arrive in Canadian homes just in time for the holidays, with an exclusive look at the new show that features a CGI-enhanced aesthetic and original adventures showcasing positive behaviour themes through rewarding rituals, sound play and physical comedy. The special episode treats families to an advanced look at what’s to come when the series premieres on January 9 followed by another brand new episode the next day. 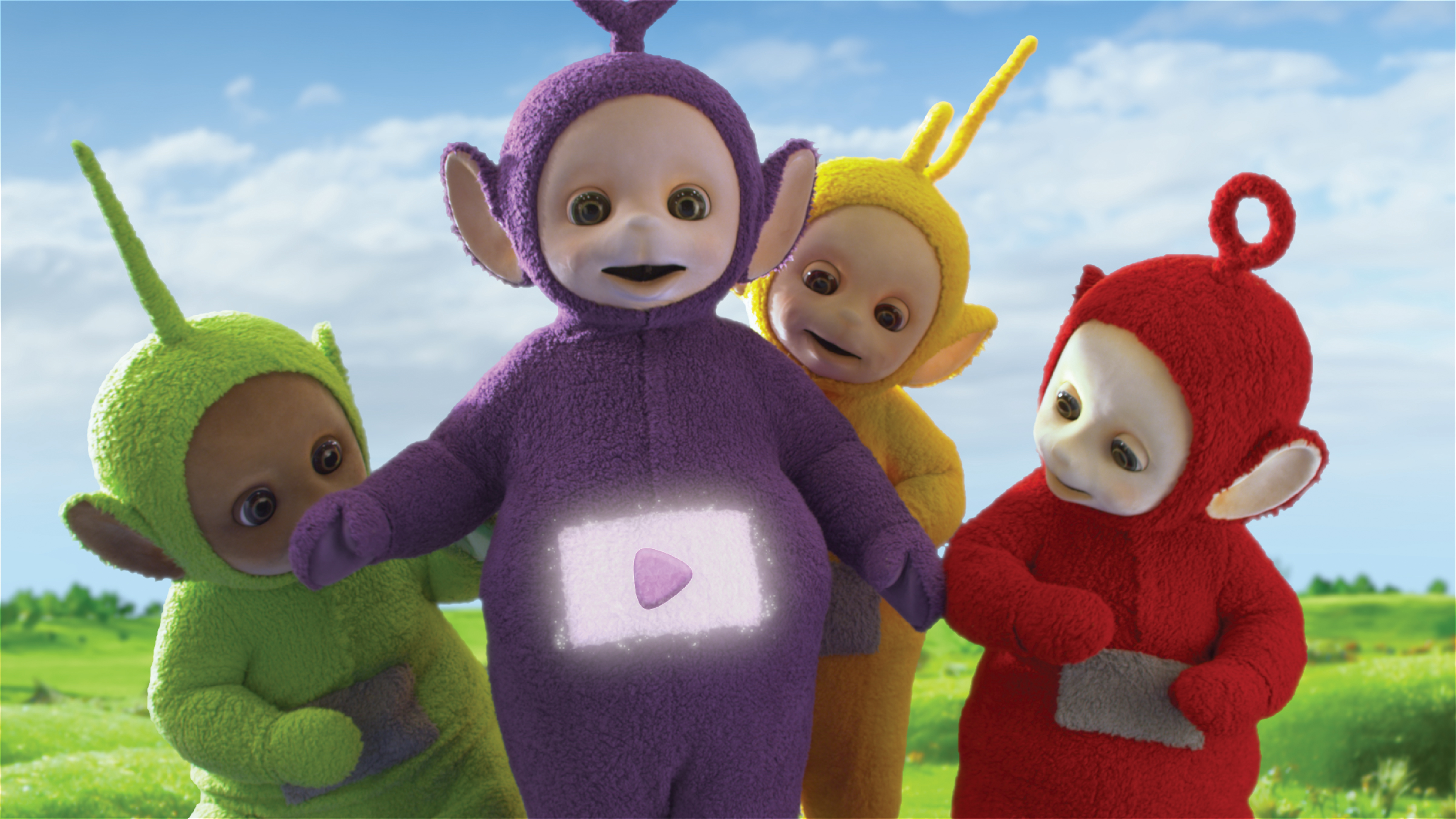 Join the iconic Teletubbies – Tinky Winky, Dipsy, Laa-Laa and Po – in a world filled with love and laughter as they explore their Home Dome and the magical countryside of Teletubbyland through comedic and physical play. A staple to the series are the positive themes highlighted by the Teletubbies including sharing, respect for others and inclusiveness. Familiar and beloved features from the original series return including The Noo-noo, Tubby Custard, Tubby Toast, Rabbits, Voice Trumpets and Baby Sun, and are joined by some brand new surprises guaranteed to delight Family Jr.’s youngest viewers. Look out for the Tubby Phone, the Tubby Custard Ride and the Teletubbies’ new CGI-enhanced touch screen tummies, which will link to preschoolers exploring, laughing and learning – just like the Teletubbies!

In the special presentation episode airing on Saturday, December 19 at 9:15 a.m. ET, titled “Making Friends”, the Teletubbies say ‘eh-oh’ to each other in turn and then say ‘eh-oh’ to flowers in Teletubbyland while the children in Tummy Tales make a friendship circle out of handprints. New episodes of the series continue on January 9 when the show moves to its regular timeslot, Saturdays and Sundays at 8 a.m. ET.

To get a head start on the Teletubbies excitement, fans can visit FamilyJr.ca to download activities and colouring sheets featuring their favourite characters today. New games will be added to the site, beginning with the TeletubME activity that is currently available.

Global phenomenon Teletubbies first launched in March 1997 and became one of the most successful global children’s brands of all time. It has reached over one billion children to date and the original episodes have aired in over 120 territories in 45 different languages. It was the very first western preschool property to air on China’s CCTV reaching an audience of 300 million children.

About Teletubbies
Originally created in 1997 Teletubbies is a children’s television series targeted at preschool viewers. In September 2013, DHX Media acquired all rights to Teletubbies through its purchase of Ragdoll Worldwide, a joint venture between Ragdoll Productions and BBC Worldwide that owned, managed and exploited Teletubbies programming.

Multi award-winning, Teletubbies is designed to encourage young children to watch television creatively. Full of fun and exploration, it inspires confidence and curiosity and nurtures childhood development. DHX Media has engaged award-winning UK production company Darrall Macqueen to produce Teletubbies. Together they are pioneering a 21st century version of the show for a new generation of viewers.