FAMILY CHRGD SLUGS IT OUT WITH THE SEASON FOUR PREMIERE OF SLUGTERRA, OCTOBER 4

Toronto, ON – 29 September 2016 – Grab your gear, train your slugs and get ready for an epic battle of good vs. evil as Eli and the Shane Gang return to Family CHRGD for a fourth season of Slugterra. Debuting Tuesday, October 4 at 5 p.m. ET, the animated adventure follows Eli Shane and his crew as they collect and train slugs, while protecting the 99 caverns from mysterious evil forces. The season four premiere amps up the network’s Turbo Charged Tuesday lineup, airing alongside top-rated action series Turbo FAST, The Deep and Thunderbirds Are Go. 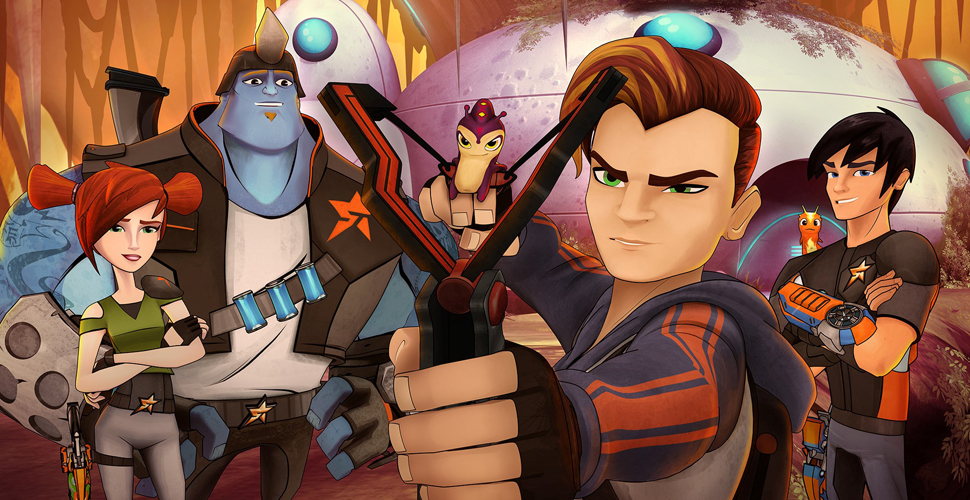 Season four begins with Eli and the gang returning to the 99 caverns from their Eastern adventure, only to find that the Gateway Cavern has been overrun with slugs. In their absence, the Shadow Clan has decided to put the slugs before the needs of people and the result is pure chaos. As war wages between the Shane Gang and their former allies, some unexpected help comes from a newcomer who has just arrived from the Surface. But soon, this recruit casts his own shadow and it’s up to Eli to restore the balance.

Slugterra’s fourth season debuts as part of Turbo Charged Tuesday, an action-packed weekly programming block featuring brand new episodes from Family CHRGD’s top series. Throughout October, Slugterra will air regularly Tuesdays at 5 p.m. ET, alongside underwater explorations from The Deep, race car adventures from Turbo FAST and international escapades from Thunderbirds Are Go. New episodes of Slugterra will also be available on the Family Channel App each Tuesday, immediately following the broadcast premiere and on Family CHRGD OnDemand the next day. To prepare for season four, slugslingers can catch up on seasons 1-3 now, on both the Family App and OnDemand service.

The adventure continues at CHRGD.ca where fans can learn more about their favourite characters and catch up on the show with cool clips and full length episodes. Kids can feel like they’re a part of the Shane Gang by taking inventory of slugs and gear in the awesome game “Slugterra Slug Arsenal,” and strategically placing slugs to help Eli win the Slugterra battle in “Slug Wars.”

Slugterra is produced by DHX Studios. Asaph Fipke, Chuck Johnson, and Ken Faier serve as executive producers for the series.