Toronto, 30 November 2015 – DHX Television’s leading kids network Family Channel is expanding it’s offering with F2N – a new timeslot on the schedule featuring exclusive series and popular movies for teens. Beginning Monday, January 4 at 9 p.m. ET/PT, F2N takes over nighttime viewing on Family Channel, anchored by the highly-anticipated debut of Degrassi: Next Class. This entertainment haven for older audiences will also introduce seven series as part of an overall programming and licensing deal with AwesomenessTV as DHX Television expands its relationship with the Gen Z content creator to feature shows for teens that capture how growing up is rarely predictable. Launching today to give viewers more insight on the F2N programming slate that awaits them is F2N.ca, which features show details and exclusive previews of what’s on the horizon. 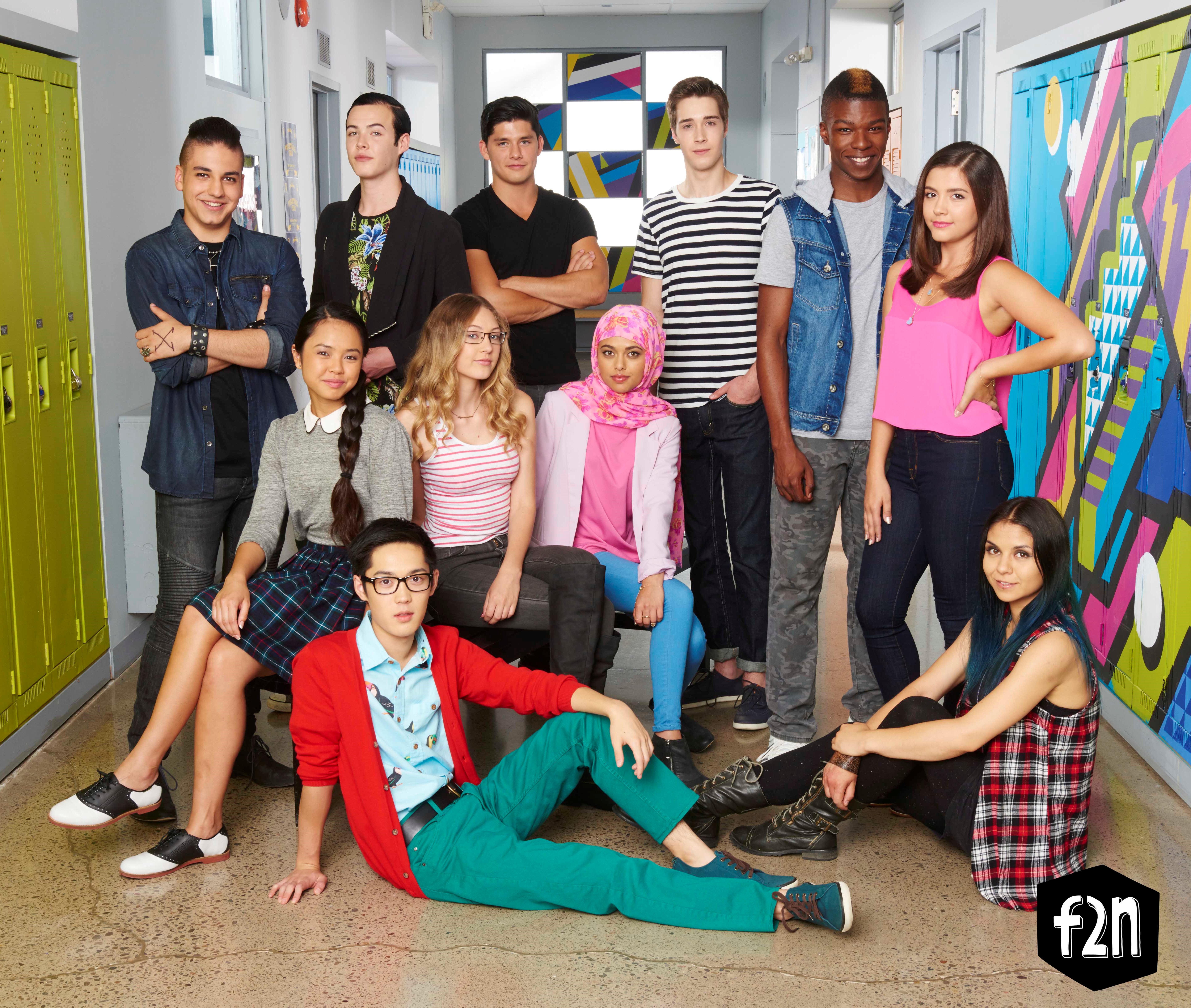 Degrassi: Next Class premieres Monday, January 4 at 9 p.m. ET/PT on F2N on Family Channel.
Click here to peek into the hallways of Degrassi.

“Family Channel’s appeal with the teen audience has always been strong and our plans to schedule series in the F2N block that cater to their interests and speak directly to teens will ensure this is a must-see programming destination designed specifically for older youth viewers,” said Joe Tedesco, Senior Vice-President and General Manager, DHX Television. “What better show to have at the helm of our teen offering than Degrassi: Next Class, a series that has spanned generations by exploring discussion-worthy topics that matter to teens in a responsible manner. The series coming to us from AwesomenessTV really capture the joy and angst of the contemporary teenage experience – we’re encouraging viewers to break free from real life while still providing a taste of it.”

From DHX Studios, Degrassi: Next Class tells the stories of Generation Z with equal measures of humour, angst and heart. This drama follows high school students as they grapple with a series of ‘firsts’ and begin their journey into adulthood. Pushing their own limits and testing the bonds of family and friends, the students each find their own way to deal with a range of issues: from homophobia and racism to substance abuse and the complications of dating in the social media age.

Filling out the rest of the F2N schedule are gripping reality, dramatic and comedy series for teens from AwesomenessTV. Seven newly acquired shows highlight the spontaneity and newfound freedom of being a teenager, from blossoming friendships and crushes to the unexpected firsts that come along with growing up. Viewers are bound to find their newest TV obsession as the series joining Degrassi on F2N include:

Ahead of the launch of F2N on Family Channel, viewers are encouraged to visit F2N.ca for exclusive first looks at some of the series coming to the network. Beginning today, the website will be home to a sneak peek to the first six minutes of the premiere episode of Degrassi: Next Class. In January, the full website will launch featuring show information, scheduling details and more exclusive video content.

Get connected to F2N: