Toronto, 29 May 2018 – DHX Television’s Family Channel, Universal Kids and Six Eleven Media are pleased to announce that production has begun on the new live-action series Greenfields. Created by Derek Harvie, the half-hour, single camera comedy follows 12-year-old Max and his eclectic group of friends as they navigate the highs and lows of running a start-up company. The 20-episode order is being filmed in Toronto, with the series scheduled to debut on Family Channel (Canada) and Universal Kids (U.S.), NBCUniversal Cable Entertainment’s network for kids 2-12, in fall 2018. 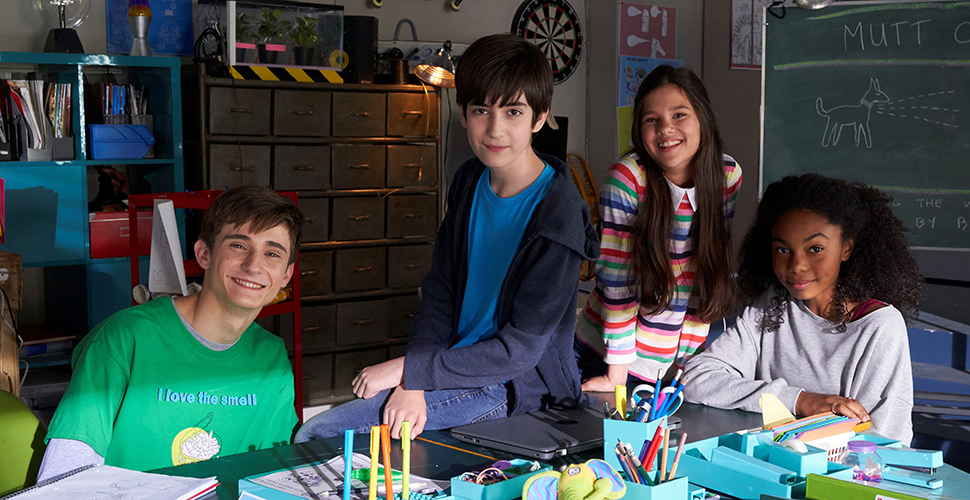 “With its original storyline, laugh-out-loud comedy and cast of colourful characters, Greenfields is the perfect fit for our premier lineup of kids’ and family content,” said Michael Goldsmith, Vice President, Original Production, DHX Television. “We have no doubt that today’s kids will relate to the innovative and entrepreneurial spirit of the series. We’re thrilled to be working alongside the creative minds of Derek Harvie and the team at Six Eleven Media on this inventive new show.”

“It’s been a privilege collaborating with our broadcast partners at Family Channel and Universal Kids on this series, and I’m looking forward to filming with our outstanding cast and crew,” said Charles Bishop, Executive Producer, Six Eleven Media. “This show features a group of natural born tween entrepreneurs who aren’t afraid to try new things, put their ideas out there, and prove that kids really do run the world.”

Twelve-year-old Max Graham (newcomer Ricardo Ortiz) is President and CEO of a tiny start-up company, which he runs out of his parents’ garage with his neighbourhood pals. Their goal: to invent an amazing product, change the world and maybe even make a bajillion dollars! With every flop – and there’s quite a few – the gang learns valuable lessons, creates closer bonds and comes one step closer to their BIG idea, all the while trying to find the balance between business and friendship.

About Six Eleven Media
Six Eleven Media, an award winning international content creation and production company was founded in 2011 by Canadian industry veteran Charles Bishop. The company focuses primarily on socially relevant content for all media with a particular emphasis on children’s and youth.

About Universal Kids
Universal Kids represents the world of NBCUniversal family brands. As a kid-focused ecosystem with great TV content at the center, Universal Kids is programmed for the 2-12 year old audience, with a fresh mix of animated content, unscripted entertainment, and proven international hits. Launched in September 2017 and available in over 59 million homes, Universal Kids is available for kids and families across all platforms, including on air, online, On Demand and via mobile with the Universal Kids app.