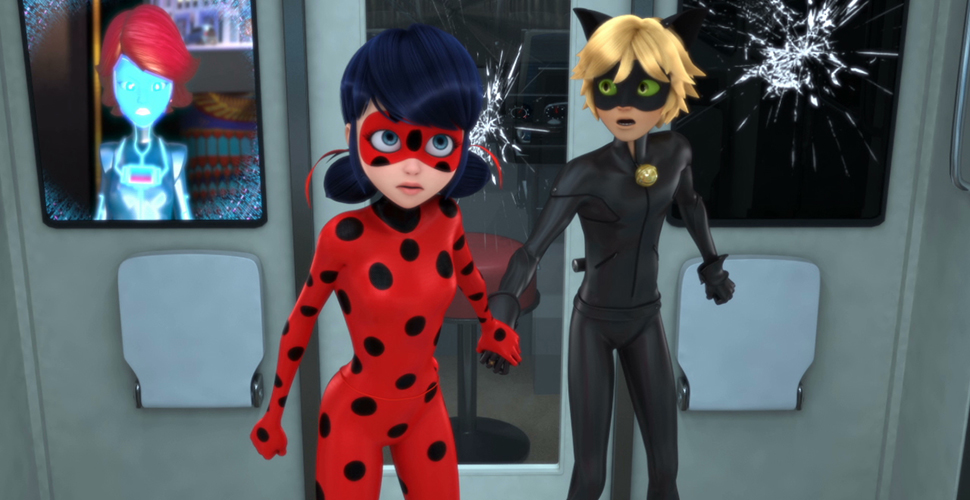 In celebration of the season two premiere, Family Channel is hosting a full-day marathon of Miraculous: Tales of Ladybug & Cat Noir with 22 action-packed episodes. The heroic adventures begin on Friday, February 16 at 7:15 a.m. ET/PT and include four brand new episodes airing at 11 a.m., 11:30 a.m., 4 p.m. and 4:30 p.m. ET/PT. Will Ladybug and Cat Noir stop Hawk Moth from going through with his evil plan? Fans will have to tune in to find out!

Grizzy & the Lemmings – Weekdays at 3 p.m. – Coming in February
This non-dialogue, animated comedy follows the hilarious adventures of Grizzy the bear and a pesky tribe of Lemmings as they attempt to co-exist in a forest ranger’s house in the Canadian wilderness.

Inspector Gadget – Weekdays at 3:15 p.m.
When Dr. Claw returns, Inspector Gadget is brought out of retirement to defeat him again, now with Penny and Brain’s open participation.

ALVINNN!!! and The Chipmunks – Weekdays at 3:30 p.m.
Alvin, Simon and Theodore are chipmunks, brothers and schoolkids – who also happen to be internationally famous rock stars! The series follows these wild chipmunks and their caregiver, Dave, as he tries his best to keep Alvin’s mischievous streak in check.

Miraculous: Tales of Ladybug & Cat Noir – Weekdays at 4 p.m.
Shy student Marinette and her crush, Adrien, transform into the ultimate crime-stopping duo to save Paris from evil. This time around, she enlists the services of a new team of superheroes to help take down supervillain, Hawk Moth, once and for all!

Dragons: Race to the Edge – Weekdays at 4:30 p.m.
Hiccup, Toothless and the Dragon Riders discover the mysterious Dragon Eye, whose ancient secrets lead them on journeys to new lands.

Dawn of the Croods – Monday to Thursday at 5 p.m. beginning Monday, February 5
Eep, Grug, Thunk, Ugga, Sandy and Gran are taking the prehistoric Croodacious era by storm as they deal with modern-day problems for the first time ever in history.

The Mr. Peabody & Sherman Show – Monday to Thursday at 5:30 p.m.
Mr. Peabody and Sherman host a zany late-night comedy show from a swanky penthouse, with time-traveling historical figures and a live audience.

Johnny Test –  Monday to Thursday at 6 p.m. beginning Monday, February 5
Crafty 11-year-old Johnny Test and his genetically modified talking dog go on high-octane adventures to save his family (and the world) from disaster.

All of the series featured in Family’s Super Awesome Fun Time lineup will be available on The Family Channel App, as well as Family OnDemand. Fans can also watch episode samplings and exclusive clips at Family.ca and on Family’s official YouTube channel.