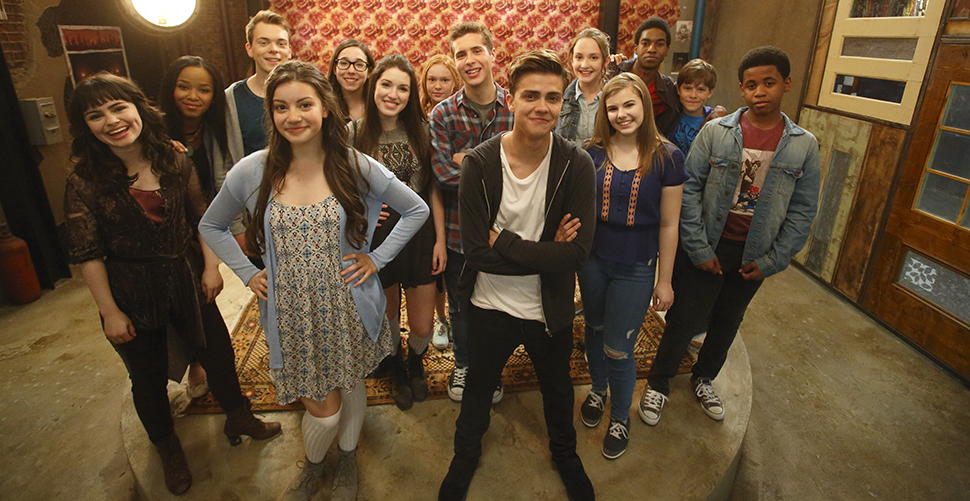 Headlining Family Channel’s Premiere Week, Lost & Found Music Studios joins the network’s afterschool lineup on Friday, January 13 at 4:30 p.m. ET/PT. The tween drama follows the lives of aspiring musicians who are part of a unique music program. The series return will see new relationships blossom and musical collaborations form, alongside the typical drama that comes with being a teen. In next Friday’s new episode, Leia gets involved in a problem that isn’t hers and winds up hurting a friend in the process. New episodes will continue to air weekly, Fridays at 4:30 p.m. ET/PT, with encore presentations at 7 p.m. ET/PT.

Premiere Week officially kicks off on Monday, January 9 at 4:30 p.m. ET/PT with the season three premiere of Nowhere Boys, followed by the debut of the new sketch comedy show OMG on Tuesday. OMG will keep kids laughing for days with epic rap battles, bromances and more. On Wednesday, viewers can tune in to part one of the origin story of Miraculous: Tales of Ladybug and Cat Noir before watching a new Gortimer Gibbon’s Life on Normal Street on Thursday.

Fans of Lost & Found can sing all the way to Family.ca where the music continues with brand new “Jam Sessions.” The weekly webisodes feature performances from the show, studio covers and music lessons taught by the cast. New episodes of Lost & Found Music Studios along with the other series debuting during Premiere Week will also be offered through Family OnDemand and on The Family Channel App as they become available weekly, beginning January 13.