Toronto, 2 October 2017 – This Friday the 13th, Family Channel delivers the thrills and the chills, treating viewers to a spook-tacular programming event the entire family will enjoy. Headlined by the return of fan-favourite series The Next Step, the eerie-sistable evening is stacked with festive classics, terror-ific episodes and the never-before-seen Halloween special, Dark Haven High. The excitement begins on Friday, October 13 at 4 p.m. ET/PT with the Peanuts classic, It’s the Great Pumpkin, Charlie Brown. 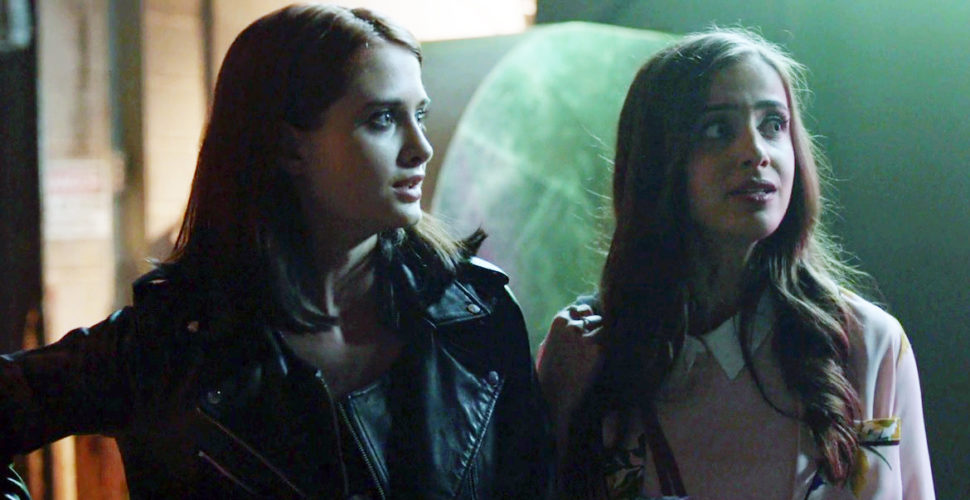 Below is a chronological listing of detailed programming information for Friday, October 13. All times ET/PT.

It’s The Great Pumpkin, Charlie Brown – Halloween Special – 4 p.m.
Airing exclusively on Family in Canada, this animated special follows the Peanuts gang as they celebrate Halloween. Charlie Brown is finally invited to a Halloween party; Snoopy engages the Red Baron in a dogfight; and Linus waits patiently in the pumpkin patch for the Great Pumpkin.

The Next Step – “East Meets West” – Mid-Season Premiere – 4:30 p.m.
At long last, TNS East and TNS West face off to see which troupe will represent The Next Step at Regionals. While Emily thinks she has a secret weapon, Noah sees a new side of Jacquie’s personality. The second half of season five continues to explore relationships and boundaries as the dancers focus on their routines and work through studio drama. Fans wondering which team they belong to can pirouette over to Family.ca to take the brand new quiz, “TNS East or West?”

Deadtime Stories: Grave Secrets – New Movie – 5:30 p.m.
When four friends set out to bury a dead bird, they dig up a grave that’s already occupied and discover a frightening secret about the scary old lady next door.

Edward Scissorhands – Feature Film – 7 p.m.
When a scientist dies before he finishes building an animated human being, the gentle Edward (Johnny Depp, Pirates of the Carribean franchise), is left with a freakish appearance complete with scissor blades intead of hands. But when a suburban saleswoman discovers Edward, she takes him home where he falls for her daughter, Kim (Winona Ryder, Stranger Things).

Throughout October, Halloween programming continues to haunt Family Channel with fang-tastic movies like Coraline, A Monster in Paris, The Great Ghost Rescue, Fred 2: Night of the Living Fred, Dragon Hunters and When Good Ghouls Go Bad, premiering every Friday. Then, on October 31, boys and ghouls won’t want to miss an entire day of spooky specials from the network’s most popular shows. Series include: Hank Zipzer, Monster High, The Adventures of Puss & Boots, All Hail King Julien, Alvinnn!!! and The Chipmunks, Raising Expectations, Dr. Ken, Speechless and more.

For those who want to watch on the go, The Family Channel App will be filled with Halloween specials including Dark Haven High and new episodes of The Next Step, beginning October 13. Halloween programming will also be offered on Family OnDemand. Please visit Family.ca for a complete schedule.