DHX TELEVISION’S NEW PROGRAMMING LINEUP PUTS THE ‘ALL’ INTO FALL

Toronto, 28 August, 2018 – DHX Television’s suite of channels have something for everyone this fall as exciting new series and returning fan-favourites join the September schedule. Family Channel faces the music with the return of singing competition The X Factor and heads back to the kitchen for a new season of Top Chef Junior. Meanwhile, Family CHRGD is locked and loaded for action-packed adventures with the new animated series Mega Man: Fully Charged, and Family Jr. proves that a little can-do attitude can go a long way, with new episodes of Polly Pocket. 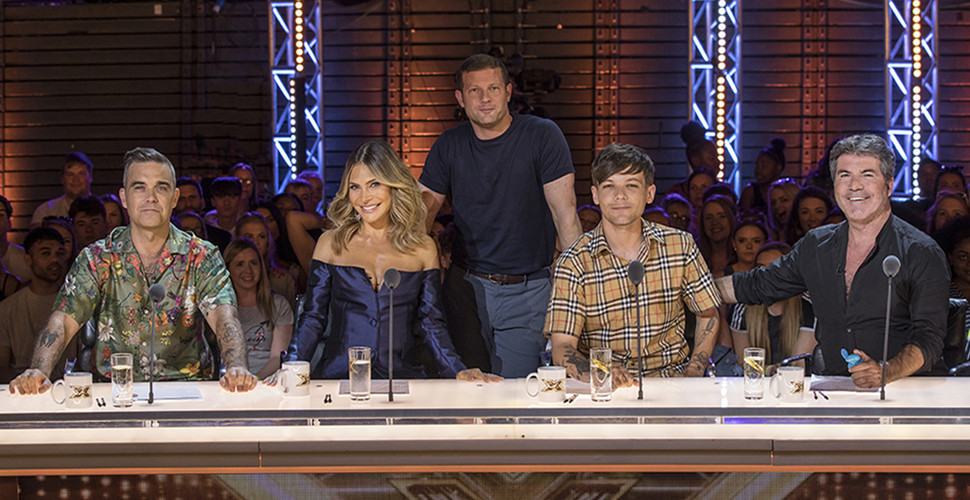 Below is a detailed listing of series featured in DHX Television’s September schedule. All programming is subject to change. High-resolution images for all networks are available at DHX Television’s Media Centre.

The Next Step – New Season – Weekends at 4:30 p.m. beginning September 29
Leaping back onto Family Channel for its sixth season, The Next Step returns in an epic two-day premiere event. The new season debuts with two back-to-back episodes on Saturday, September 29 at 4 p.m. and continues with two more on Sunday, September 30 at 4 p.m. New faces joining the cast include: Sage Linder as Summer, Liam Mackie as Finn, Emmerly Tinglin as Kenzie, Katie Ortencio as Lily, and Berkeley Ratzlaff as Davis.

Top Chef Junior – Season Premiere – Tuesday, October 2 at 8 p.m.
Vanessa Lachey and celebrity chef Curtis Stone are back to host a new season of Top Chef Junior. The cooking competition series sees 12 kid chefs battle it out in the kitchen for the chance to win $50,000 and the coveted title of “Top Chef Junior.” For the first two weeks, new episodes will air Tuesdays and Wednesdays at 8 p.m. The series moves to its regular timeslot, Wednesdays at 8 p.m., on October 17.

Home: Adventures with Tip & Oh – New Series – Weekdays at 4:30 p.m. beginning September 3
Picking up where the hit DreamWorks Animation film left off, this zany animated comedy follows fearless Tip, and oddball Oh, as they navigate the crazily combined human and alien culture they live in.

Lego Friends: Girls on a Mission – New Series – Weekdays at 4:45 p.m. beginning September 3
Heartlake City is the beloved home of teenage best friends Emma, Olivia, Stephanie, Andrea and Mia. They’re cool and friendly girls with a lot of heart, on a mission to make their city, and the world, a better place to be.

Dragons: Race to the Edge – New Season – Weekends at 8:55 a.m. beginning September 8
The high‐stakes adventures continue as Toothless, Hiccup (voiced by Jay Baruchel, Letterkenny) and the gang advance in their hunt for Viggo, Ryker and their expanded Dragon Hunter army. Along the way, the Riders encounter new dragons, a seemingly reformed Dagur, an underground Dragon Fighting arena, and learn some surprising secrets about Viggo!

Zak Storm – New Episodes – Sundays at 9:20 a.m. beginning September 9
While trying to win a surfing competition, Zak Storm gets swept away into the Bermuda Triangle. Once inside, he joins forces with a ragtag crew and discovers a magical sword, Calabrass, which turns him into a pirate-like hero. It’s up to Zak to learn how to master the powers of his enchanted sword and figure out how to defeat the fiercest pirate that ever lived, the evil Skullivar.

Family Jr. – All Times ET
Curious George – New Season – Mondays at 6:25 a.m. beginning September 3
Everyone’s favourite monkey swings onto Family Jr. for a whole new season of mischievous fun! George loves to play and learn new things, even though it sometimes gets him into trouble. Luckily, his patient and caring friend, The Man in the Yellow Hat, is there to save the day.

Bob the Builder – New Season – Mondays at 1:30 p.m. beginning September 3
Bob and his crew are back for more big builds and this season, there are a few surprises in store! Leo takes more of a leading role working with the team; Bob’s father appears in a flashback origins episode; and three new characters join the team: Picksy, a charming but rough-and-tumble cherry picker, Rocky, the tiny but hard-working compact loader, and Norm, a giant tunnel drilling machine.

Polly Pocket – New Episodes Throughout September – Sundays at 6:05 p.m.
When Polly Pocket inherits a magic heirloom locket that allows her to shrink to four inches tall, she embraces her pocket-sized powers and finds the upside of shrinking is big fun for her and her best friends.

Grizzy & The Lemmings – New Episodes Throughout September – Weekdays at 7:15 a.m.
In a vast natural reserve in Canada, there is a small haven of human civilization: the forest ranger’s house. Because he is at the top of the food chain, Grizzy feels it’s only natural that the ranger’s house becomes his territory as soon as its owner is away. No other animal dares to contest this bear’s privilege, except one – the Lemmings – who also move into the house as soon as the ranger is gone.

In addition to all the great shows arriving on Family Jr. this fall, preschoolers will love the Popcorn Parade – marvelous movies airing every Saturday at 10 a.m. and 6 p.m. throughout September. Popular titles include: Barbie & Her Sisters in the Great Puppy Adventure, Babe, Air Buddies and Air Bud World Pup. It’s the perfect opportunity to curl up on the couch during those chilly fall days!

The majority of programming debuting as part of DHX Television’s Fall schedule will also be available on The Family Channel App as well as each channel’s respective OnDemand service. Viewers can also visit Family.ca, FamilyJr.ca and CHRGD.ca for more information on new series, new specials and new games throughout the fall.