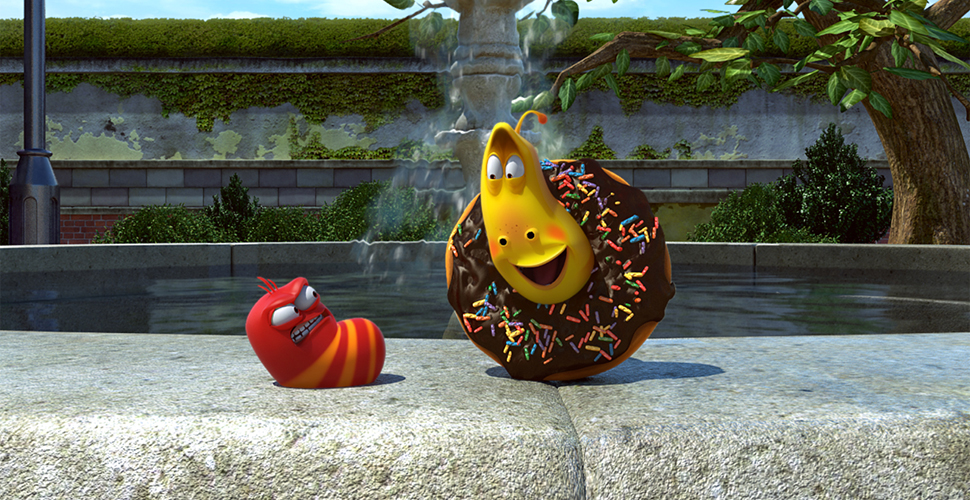 Under the exclusive agreement, WildBrain will manage the Larva TUBA channel, providing content production services and audience development expertise. WildBrain will also focus on growing the channel worldwide, monetizing viewing in all global markets, particularly in the US, and strengthening TUBA n’s relationship with YouTube influencers.

TUBA n’s CEO, Kwang-Yong Kim, says: “We’ve always wanted to collaborate with WildBrain to further expand our online platform business, not just in Asia but in English-speaking countries as well. We’re seeing great results already and we can’t wait to see how both TUBA n and WildBrain will have a mutually beneficial collaboration for the long run.”

WildBrain’s Managing Director, John Robson, added: “We’re thrilled and flattered that Tuba has chosen to work with us. Finding the best content to work with remains our focus, and Larva fits that bill perfectly—first-class, language agnostic content that works superbly on YouTube. Larva is already doing well regionally, and we’re excited about the prospect of creating a massive global audience.”

Produced by South Korea’s TUBA n, and airing on public broadcaster KBS in the territory, Larva revolves around short vignettes from the lives of Red and Yellow, two sewer-dwelling worms that are entertained and challenged by the various items and other animals that filter through the pavement grates into their world.

About WildBrain
WildBrain (www.wildbrain.com) is an industry leader in the management and creation of preschool and children’s entertainment content on platforms such as YouTube, Dailymotion and others. WildBrain’s branded YouTube network is one of the largest of its kind, featuring more than 20,000 videos across more than 350 kids’ entertainment channels, and generating approximately 30 billion minutes of watch time annually. Connecting kids’ content owners with advertisers in the Advertising Video-on-Demand (AVOD) space, the WildBrain network features popular third-party brands such as Strawberry Shortcake, Bob the Builder, Fireman Sam and Lazy Town, as well as much of DHX Media’s world-renowned library of more than 12,500 half-hours of kids’ and family content, including classic Teletubbies, Caillou, Inspector Gadget, Degrassi, Yo Gabba Gabba! and many others. WildBrain also specializes in the creation of new original content for its network, such as animated and live-action shorts; toy-play and unboxing videos; book readings; preschool counting and alphabet videos; nursery rhymes and more. WildBrain is a wholly owned subsidiary of DHX Media (TSX: DHX.A, DHX.B; NASDAQ: DHXM).

About TUBA n
TUBA n Co., Ltd (www.tubaani.com) is one of Asia’s leading 3D CGI animation studios. With over 10 years of experience in producing animation that transcends borders and age, TUBA n has been steadily making its name known as a global animation studio. Through TUBA n’s animation such as Vicky & Johnny (Angus & Cheryl), Oscar’s Oasis, and Larva, TUBA n has managed to upgrade the animation genre of slapstick comedy. And it has further expanded its animation production field by releasing Cafe Wingcle, a stop-motion animation that targets teens. The latest project, DinoCore, added another door for TUBA n with a boy action genre. From on-screen animation to real-life adventure, TUBA n is preparing for a mystery adventure park in Korea which will open in December 2017. It will feature a 4D Dome Theater of TUBA n’s in-house created full 3D CGI animation Rotary Park, a comedy and fantasy based story on a mysterious world full of intense memories. With Larva’s early beginning of a 90-sec format, now being produced into a 90-min movie to be released worldwide in 2019, as the movie unfolds TUBA n will continue to branch out into new areas in the character and contents industry.