Halifax, NS – 30 May 2017 – DHX Media (or the “Company”) (TSX: DHX.A, DHX.B; NASDAQ: DHXM), a leading global children’s content and brands company, is expanding its global reach through a deal with Youku, one of China’s most popular streaming platforms, to launch its new Teletubbies series in the country. 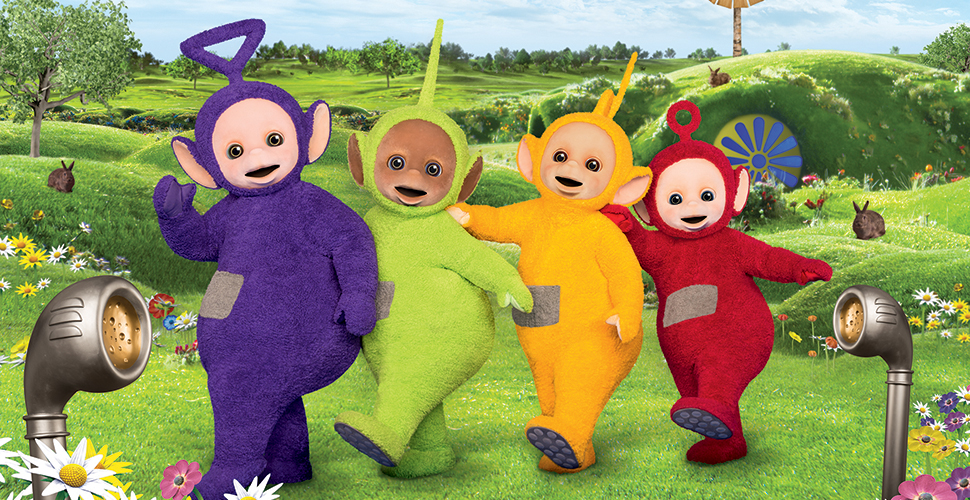 Youku will deliver seasons one and two of the hit pre-school series to Chinese audiences via subscription video-on-demand (SVOD) and advertising-supported video-on-demand (AVOD) services. Season one will premiere in the territory on June 1, 2017, with season two to follow at a later date.

In a separate deal, DHX Brands, DHX Media’s dedicated brand management and consumer products arm, has appointed Promotional Partners Worldwide (PPW) as the licensing agent for Teletubbies in China. Driving expansion into China with the appointment of one of the region’s premier licensing agents, DHX Brands aims to tap into the enormous potential in the country for the Teletubbies consumer products program. This follows the recent appointment of Candy Ho as Business Development Director for DHX Brands, establishing a base for the business from Hong Kong.

Josh Scherba, EVP Distribution and Content at DHX Media, said: “China is a major market for the new Teletubbies as we continue the global rollout of the brand. We are delighted that leading digital platforms continue to license more of our kids’ programming. Youku is ideally suited to deliver the new series to Chinese audiences. The show will be available across all devices, building on the tremendous legacy that these four lovable characters have in China.”

Peter Byrne, EVP, DHX Brands, added: “DHX Brands is delighted to be working with licensing industry leaders PPW as we bring the new Teletubbies to today’s audience in China. PPW’s expertise in the launch and establishment of pre-school properties in the Chinese market is unrivaled, and we look forward to successfully building the Teletubbies consumer products program together.”

As the flagship property in DHX Media’s strategy to build global brands, the new Teletubbies continues to perform well and is gaining international momentum. The worldwide licensing program is growing rapidly, with more than 85 top-tier partners already on board, underscoring its position as one of the best-loved and most-recognizable children’s properties.

The new Teletubbies series follows the same four huggable characters and styling as the original show and has been visually modernized by DHX Media and award-winning U.K. production company, Darrall Macqueen, bringing a refreshed and contemporary look and feel to one of the world’s favourite preschool properties. Outside of China, the show has been picked up by 24 broadcasters worldwide to date, as well as Amazon Prime Video in the U.K., where the commissioning broadcaster is CBeebies.

The market potential is significant for the Teletubbies with approximately 226 million children under the age of 14 on the Chinese mainland, and the number of newborns is expected to climb up to 21 million annually by 2021. Retail sales of toys and games in China grew at an average annual rate of 2% from 2010 through 2015, and are expected to exceed US$43.5 billion within the next two years*.

PPW’s mission is to deliver to clients a hassle free one-stop shop solution via our innovative and holistic services. Besides its experienced brand management and business development teams, its supporting teams, creative, legal and finance, are always ready to provide value-added services. In addition to the applause given by brand owners, PPW has gained the recognition in the licensing industry as PPW has received twice the award of Best Licensing Agency from the International Licensing Industry Merchandisers’ Association. www.ppwgroup.com

About Teletubbies
Originally created in 1997, multiple award-winning Teletubbies is designed to encourage young children to watch television creatively. Full of fun and exploration, it inspires confidence and curiosity and nurtures childhood development.  In September 2013, DHX Media acquired all rights to Teletubbies and engaged award-winning UK production company Darrall Macqueen to executive produce a 21st century version of the show for a new generation of viewers. DHX Media handles global distribution and all licensing and merchandising for Teletubbies.

Disclaimer
This press release contains “forward-looking statements” under applicable securities laws with respect to DHX Media including, without limitation, statements regarding the expansion of the reach and presence of DHX Media and its brands, in particular in China, timing of the airing and availability of Teletubbies in China, the potential for a Teletubbies consumer products program in China, the markets and industries in which DHX Media operates, including the market potential in China for Teletubbies, and the business strategies and operational activities of DHX Media. Although the Company believes that the expectations reflected in such forward-looking statements are reasonable, such statements involve risks and uncertainties and are based on information currently available to the Company. Actual results or events may differ materially from those expressed or implied by such forward-looking statements. Factors that could cause actual results or events to differ materially from current expectations, among other things, include scheduling and other risks associated with the timing of production and delivery of productions, the Company’s ability to close and execute on anticipated licensing arrangements, changing demographics and/or consumer preferences in China, and risk factors discussed in materials filed with applicable securities regulatory authorities from time to time including matters discussed under “Risk Factors” in the Company’s most recent Annual Information Form and annual Management Discussion and Analysis, which also form part of the Company’s annual report on Form 40-F filed with the SEC. These forward-looking statements are made as of the date hereof, and the Company assumes no obligation to update or revise them to reflect new events or circumstances, except as required by law.