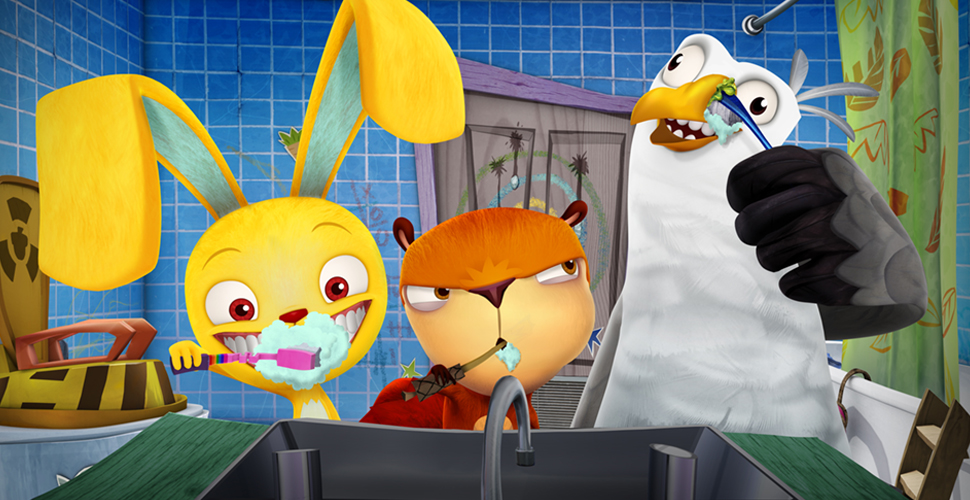 The series follows Pickle, Merl and Gull – a bunny, a squirrel and a seagull who might not seem high on the protected species list, but who are constantly on the verge of catastrophic extinction through comical misadventure.

CBBC in the UK has picked up the trio’s adventures for broadcast, along with Turner Broadcasting in Latin America (for its Cartoon Network and Boomerang channels), Gulli Russia (for its Universkids channel), Plus Plus Channel in Ukraine, Israel’s ZOOM, Daekyo Kids TV in South Korea, and iflix in South East Asia.

Steven DeNure, President & COO at DHX Media, said: “One of the key drivers in our acquisition of Nerd Corps in 2014 was the quality of their kids’ entertainment slate with Endangered Species amongst other standout titles. We are pleased to see that enthusiasm from international broadcasters for this series matches our own. Kids around the globe will no doubt be happily enthralled by the escapades of this hilarious and unlikely trio.”

A bunny, a squirrel and a seagull might be the most common park animals around, but in a certain tree stump that these particular critters call home, they are perpetually endangered!

Pickle is a hyper-imaginative bunny with a compulsive need to super-charge everything and have the Best! Adventure! Day! EVER! (Resistance is futile, Merl!) Merl is an overly suspicious and safety conscious squirrel, who believes a perfectly planned day at home is the key to surviving the dangerous and unpredictable world outside—and Pickle’s plans for fun. Gull the garbage-loving seagull may not be the brightest buoy on the ocean, but you’ll never find a more adoring (and malodorous) buddy. The most important thing to Gull is that his two bestest friends are happy…and close by. Forever. And ever and ever.

Three animal buddies living together in a tree stump might sound pretty tame, but everything that happens to this trio is seriously, hilariously wild! Every day-to-day happening in the stump becomes a treacherous, over-the-top, squash-and-stretch hyper romp adventure—no matter how hard Merl tries to avoid it. For being best friends, this wacky trio find themselves accidentally on the verge of mutual destruction an awful lot, whether by punching a hole in the universe while taking apart a puzzle, or by ordering a vacation-in-a-box that transforms the stump into a maze of raging rivers and rockslides.

Despite their differences and destructively fun-loving ways, these endangered species will remain bestest friends till the very end… no matter how much it hurts.