DHX MEDIA, TECHNICOLOR AND A STARK PRODUCTION ANNOUNCE THE U.S. DEBUT OF THE NEW CG-ANIMATED SERIES, THE DEEP 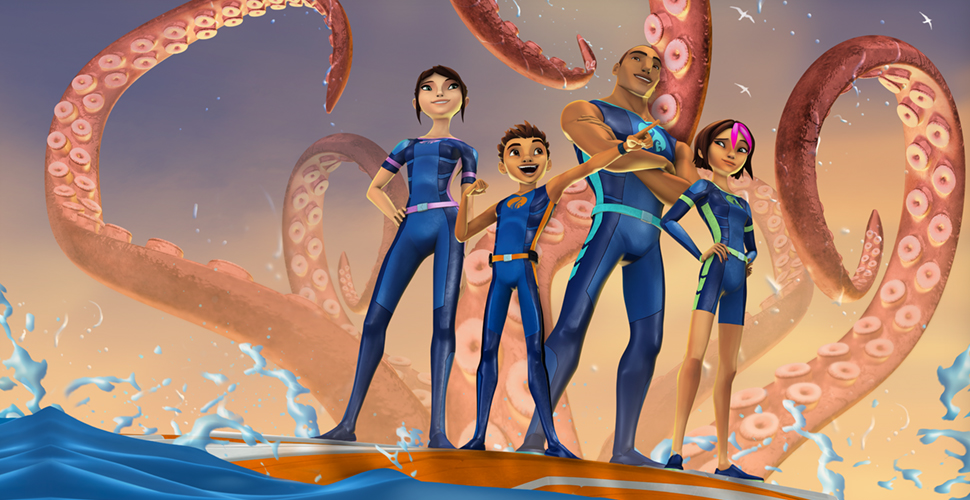 “We are delighted to partner with leading streaming service Netflix to bring The Deep to U.S. families, and are confident that children and parents alike will engage with the thrilling aquatic adventures of the Nekton family as they uncover the mysteries of the undersea world,” commented Alison Warner, VP, IP Sales, Acquisitions and Co-Productions at Technicolor.  “The Deep is a classic adventure story with solid appeal for co-viewing audiences and has already made an impact overseas.”

The Deep follows the adventures of the Nekton family—a brilliant team of underwater explorers. With state-of-the-art technology and an unquenchable thirst for discovery, the Nektons explore the mysterious depths of the ocean, where most of our world lies unexplored and unexplained. While others look up to the stars, this family knows that an infinite number of things shine brightly in the darkness below. The Deep is a place where leviathans swim through sunken cities, pirates lurk amidst floating black markets, and where a mysterious group of Guardians hide long lost secrets.

“As co-producers on The Deep, we are very excited that Netflix will be streaming the series in the U.S.,” added Josh Scherba, SVP Distribution at DHX Media. “The Deep is a fantastic animated show, filled with just the sort of adventure and excitement that kids and their families love.”

Netflix joins an esteemed line-up of broadcast partners for The Deep which has already debuted on CBBC in the UK, The Seven Network in Australia, Super RTL in Germany, and Canada’s Family CHRGD.

Technicolor is the underlying rights holder to The Deep and oversees the series roll-out and brand management.  The co-production partners are Australia-based A Stark Production (scripts, design and music) and Canada-based DHX Media (animation, voices and post-production); with distribution handled by DHX Media.

About Technicolor
Technicolor, a worldwide technology leader in the media and entertainment sector, is at the forefront of digital innovation. Our world-class research and innovation laboratories enable us to lead the market in delivering advanced video services to content creators and distributors. We also benefit from an extensive intellectual property portfolio focused on imaging technologies. Our commitment: supporting the delivery of exciting new experiences for consumers in theaters, homes and on-the-go. For more information visit: www.technicolor.com

Technicolor shares are on the NYSE Euronext Paris exchange (TCH) and traded in the USA on the OTCQX marketplace (TCLRY).

About A Stark Production Pty. Ltd (ASP).
A Stark Production (ASP) is a leader in the creative development and production of quality children’s animation and teams with global partners to deliver successful internationally co-produced shows. From its inception the company has been led by Avrill Stark, an independent and highly creative producer who has teamed with companies to produce series across a broad age range, preschool – teens.  She has received many nominations and awards for outstanding animation: the prestigious UNICEF Award at Annecy, the Elan Award for Best Animated Television Production and numerous nominations for the Australian Film Industry (AFI) Awards.  ASP prides itself on the development of both series and feature films with a diverse appeal both in animation and live action for children.  Above all we make ‘having fun’ a priority in our pursuit of excellence!