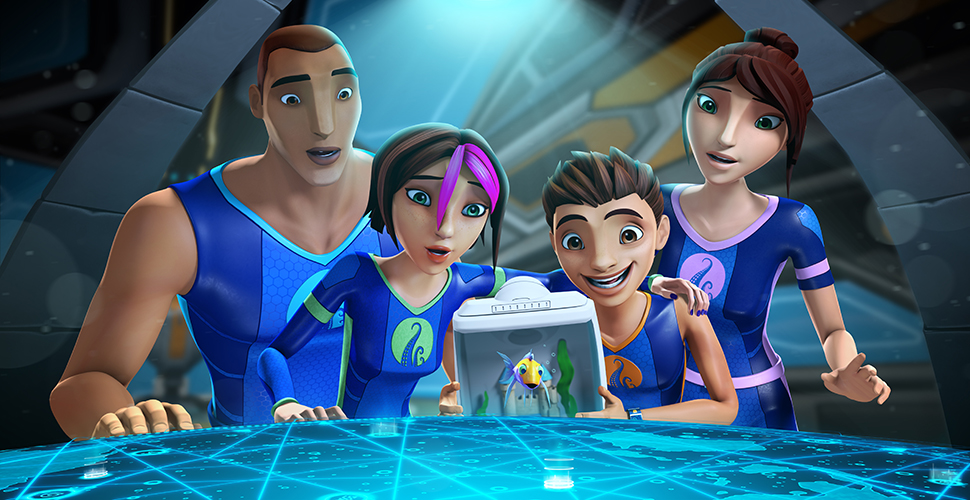 Season two’s much anticipated new episodes will debut on Australia’s ABC ME daily from August 22, and started rolling out weekly in July on the UK’s CBBC in their popular Faves at Five Slot.

“A commitment to a second season of The Deep from so many international broadcasters is testament to the show’s massive popularity with kids and families, worldwide,” said Josh Scherba, EVP Distribution and Content at DHX Media. “The Deep is fun, fresh and full of excitement, and we’re extremely pleased with the results of this collaboration with Technicolor and A Stark Production.”

Since its debut, The Deep has proven to be a top-rated show that resonates with kids around the world. It has garnered international industry nominations and awards, including the 2017 Kidscreen Award for Best New Series (Kids Category) and most recently, the Golden Sparrow Award at the German Children’s Media Festival. The series has also been nominated for the 50th Annual AWGIE Awards in Australia for Children’s Television (5-14 years old).

The Deep follows the adventures of the Nekton family—a brilliant team of underwater explorers. With state-of-the-art technology and an unquenchable thirst for discovery, the Nektons explore the mysterious depths of the ocean, where most of our world lies unexplored and unexplained. While others look up to the stars, this family knows that an infinite number of things shine brightly in the darkness below. The Deep is a place where leviathans swim through sunken cities, where pirates lurk amidst floating black markets, and where a mysterious group of Guardians hide long lost secrets. 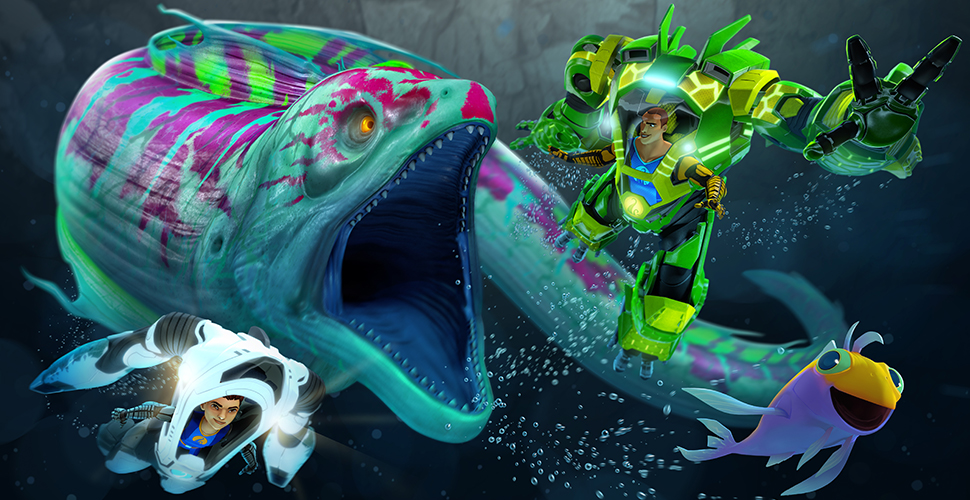 In season two, the Nekton family’s search for the lost city of Lemuria becomes urgent, as its legendary power is the only thing that can stop the colossal, dangerous creatures known as Monumentials from waking up—and a young new rival wants that power for himself!

The series is based on the Aurealis Award-winning graphic novel series created by multi-award-winning best-selling comic book author and playwright Tom Taylor (All-New Wolverine, Earth 2, Superior Iron Man, Batman: Legends of the Dark Knight, Injustice: Gods Among Us, Star Wars: Blood Ties), illustrated by James Brouwer (Justice League Beyond), and published by Gestalt Comics. Taylor serves as co-creator and lead writer of the series and Brouwer serves as co-creator and art director.

About A Stark Production Pty. Ltd (ASP).
A Stark Production (ASP) is a leader in the creative development and production of quality children’s animation and teams with global partners to deliver successful internationally co-produced shows. From its inception the company has been led by Avrill Stark, an independent and highly creative producer who has teamed with companies to produce series across a broad age range, preschool – teens. She has received many nominations and awards for outstanding animation: the prestigious UNICEF Award at Annecy, the Elan Award for Best Animated Television Production and numerous nominations for the Australian Film Industry (AFI) Awards. ASP prides itself on the development of both series and feature films with a diverse appeal both in animation and live action for children. Above all we make ‘having fun’ a priority in our pursuit of excellence!