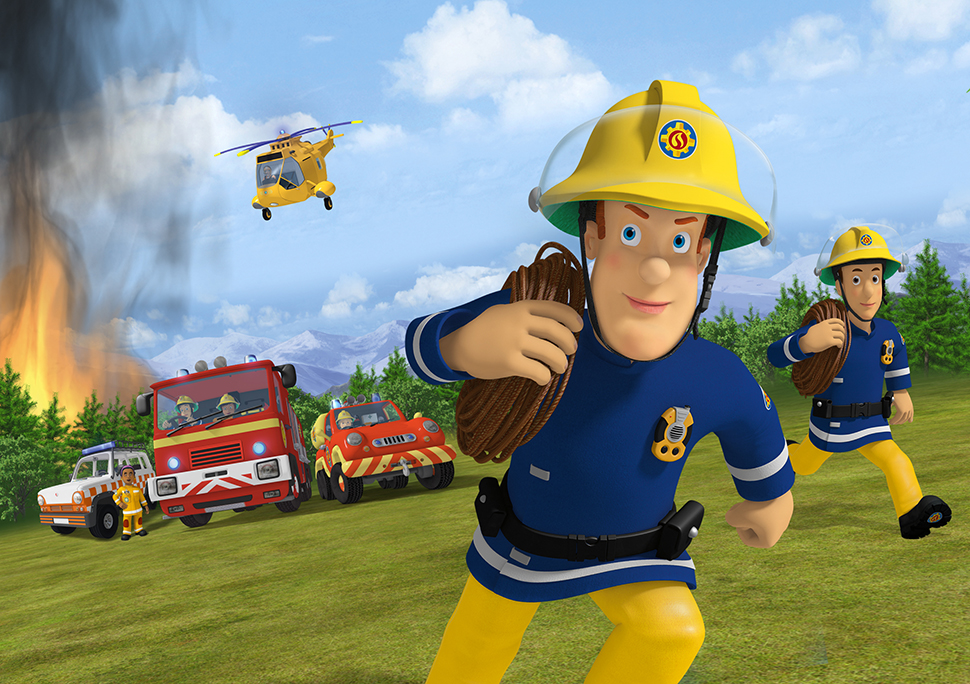 Building on DHX Media and Mattel’s strategic partnership to drive growth in some of the world’s most popular kids’ brands, broadcast deals for season 11 of Fireman Sam have been struck with France Télévisions for its France 5 channel; Hop! Media Group (Israel); and MiniMini+, part of Canal+ International (Poland). In home entertainment, rights for season 11 of Fireman Sam have been signed to Universal Home Video (France), ABC Commercial (Australia) and justbridge (Germany and Austria), while theatrical rights for this newest season have been signed to Pathé Live (France).

“Our strong relationship with Mattel continues to bear fruit, as we drive solid demand for Fireman Sam and Bob the Builder internationally,” said Jerry Diaz, VP Distribution, DHX Media. “Preschoolers around the world love these shows and can’t get enough of these fun and adventurous characters. We’re excited to deliver fresh new episodes to build on the global appeal of these brands, and drive multiple revenue streams.”

Andy Gosling, Director of Marketing for Bob the Builder and Fireman Sam, Mattel, Inc. said: “We are delighted with these new deals and the strong results from our partners at DHX Media. The rollout and distribution of our brand new content will help us drive these brand franchises further and connect with audiences around the world.”

About Bob the Builder

Bob the Builder’s third CGI series (26 x 11’’ episodes) maintains the feel-good emotional warmth which viewers have come to love, combined with even more big builds and hilarious mishaps, including: building a giant maze and then getting lost in it; meeting a family of adorable bobcats and keeping them safe; and accidentally destroying a building while filming an epic action movie! All of these challenges will be met with Bob and his team’s “Can We Build It? Yes We Can!” philosophy. The new season also brings the introduction of three new characters to the Bob the Builder team: Picksy, a charming but rough-and-tumble cherry picker (who Lofty has a crush on!); Rocky, the tiny but hard-working compact loader; and Norm, a giant tunnel-drilling machine. These three join the Mega-Machines introduced last season: Ace, a much larger version of Scoop; Thud, an enormous, hard-working dumper; and Crunch, a grunting, super-sized excavator.

Fireman Sam is back for more heroic adventures in the accident-prone Welsh town of Pontypandy. The eleventh season (13 x 10’ episodes) of Fireman Sam retains the excitement, adventure and comedy that audiences love, whilst venturing on new and even bigger rescues: exploding gas canisters in the woods; a daring mountain rescue from a zip wire over a waterfall; a car stuck in a tree; an out of control robotic dog. No rescue is too challenging for Fireman Sam and his crew! While the overall safety message remains core to the show, the storylines continue to be adapted for a young audience through increased humour and funny sequences, making it fun for both children and parents!

Produced in DHX Media’s Halifax studio, the newest seasons of Bob the Builder and Fireman Sam are scheduled for release later in 2018.

About DHX Media Ltd.
DHX Media Ltd. (TSX: DHX.A, DHX.B; NASDAQ: DHXM) is a leading children’s content and brands company, recognized globally for such high-profile properties as Peanuts, Teletubbies, Strawberry Shortcake, Caillou, Inspector Gadget, and the acclaimed Degrassi franchise. One of the world’s foremost producers of children’s shows, DHX Media owns the world’s largest independent library of children’s content, at 13,000 half-hours. It licenses its content to broadcasters and streaming services worldwide and generates royalties through its global consumer products program. Through its subsidiary, WildBrain, DHX Media operates one of the largest networks of children’s channels on YouTube. Headquartered in Canada, DHX Media has 20 offices worldwide. Visit us at www.dhxmedia.com.

About Mattel Creations
Mattel Creations is a creations company that inspires the wonder of childhood. Our mission is to be the recognized leader in play, learning and development worldwide. Mattel’s portfolio of global consumer brands includes American Girl®, Barbie®, Fisher-Price®, Hot Wheels®, Monster High® and Thomas & Friends®, among many others. Mattel also creates a wealth of lines and products made in collaboration with leading entertainment and technology companies. With a global workforce of approximately 31,000 people, Mattel operates in 40 countries and territories and sells products in more than 150 nations. Visit us online at www.mattel.com.

Disclaimer
This press release contains “forward-looking statements” under applicable securities laws with respect to DHX Media including, without limitation, statements regarding the business strategies and operational activities of DHX Media, including international demand for Fireman Sam and Bob the Builder, expected impact of the new content on the brand franchises and the timing for the release of new Fireman Sam and Bob the Builder content. Although the Company believes that the expectations reflected in such forward-looking statements are reasonable, such statements involve risks and uncertainties and are based on information currently available to the Company. Actual results or events may differ materially from those expressed or implied by such forward-looking statements. Factors that could cause actual results or events to differ materially from current expectations, among other things, include the ability of the Company to execute on licensing arrangements, consumer preferences and risk factors discussed in materials filed with applicable securities regulatory authorities from time to time including matters discussed under “Risk Factors” in the Company’s most recent Annual Information Form and annual Management Discussion and Analysis, which also form part of the Company’s annual report on Form 40-F filed with the U.S. Securities and Exchange Commission. These forward-looking statements are made as of the date hereof, and the Company assumes no obligation to update or revise them to reflect new events or circumstances, except as required by law.