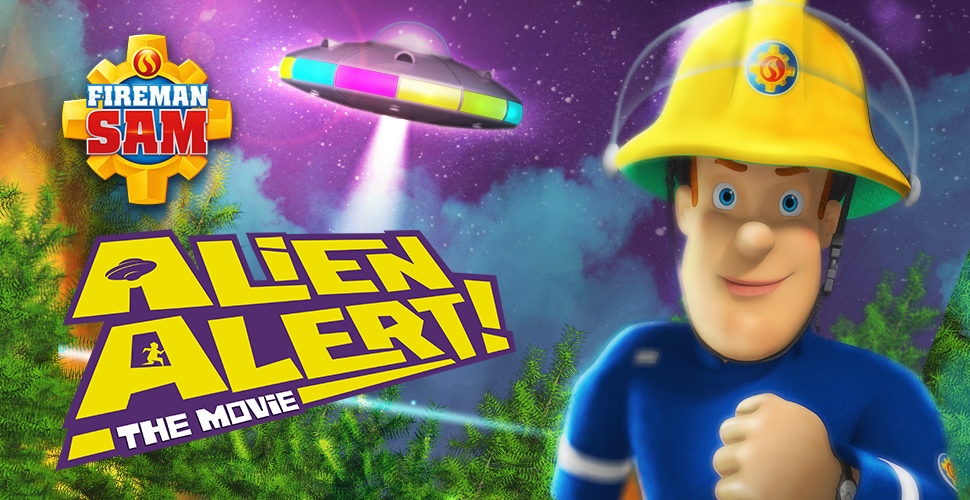 Deals include a license to Pathé Live, which will release the special theatrically in France in over 180 cinemas from February 2017, as well as Universal home video in France. Cartoonito in Italy has picked up the special for television, and justbridge has also come on board for theatrical and home entertainment release in Germany, with Fireman Sam: Alien Alert scheduled to hit theatres in January 2017. Additionally, season 10 of the show has recently been signed to Clan TV in Spain and France 5 extending the reach of the preschool favourite in Europe.

Ahead of MIPCOM, DHX Media and Mattel Creations also announced they will co-produce an additional 13×10’ episodes of the Fireman Sam series bringing the number of seasons available of the hit show to eleven as well as brand new special for 2018.

Featuring the voice of multi-award-winning Scottish actor David Tennant (Doctor Who, Harry Potter) as humorous villain Buck Douglas Fireman Sam: Alien Alert introduces a new location and characters in a storyline full of twists and turns, while delivering all the action and adventure kids know and love from Fireman Sam.

Josh Scherba, SVP Distribution at DHX Media, said: “Fireman Sam: Alien Alert is a dynamic addition to the Fireman Sam franchise extending the much-loved elements into hour-long adventure that features even more heroism, loyalty and teamwork – not to mention the considerable voice talents of David Tennant. Fans in these markets are in for a real treat. The brand is going from strength to strength as shown in the demand for more content. We are excited to see Sam and his co-workers tackling new Pontypandy dramas in eleven brand new episodes.”

Christopher Keenan, Senior Vice President Global Content & Executive Producer at Mattel Creations, says: “Alien Alert is an action-packed Fireman Sam adventure for pre-schoolers, and we’re delighted to have the talented David Tennant on board as the voice of Buck. The special stays true to core Fireman Sam values – bravery, loyalty, heroism, community and teamwork – but takes us to new levels of excitement with a sci-fi slant that includes new characters, rescue vehicles, locations, and plot twists. This movie and new production for series 11 cements the incredible moment the Fireman Sam franchise is having in Europe and beyond.”

Multi-award-winning actor David Tennant says: “Fireman Sam is a true institution of children’s television so naturally it was a joy to be asked to guest-voice the character of Buck Douglas the new special, Fireman Sam: Alien Alert. I had a lot of fun in the studio bringing Buck’s character to life and I’m certain he’ll be a big hit with audiences when he appears on screens throughout the world in the movie. He’s slick and smug, but his adventurous and gregarious persona, as well as his UFO investigative adventures, makes the kids – and quite a few of the grown-ups – want to be just like him!”

About Mattel
Mattel is a creations company that inspires the wonder of childhood. Our mission is to be the recognized leader in play, learning and development worldwide. Mattel’s portfolio of global consumer brands includes American Girl®, Barbie®, Fisher-Price®, Hot Wheels®, Monster High® and Thomas & Friends®, among many others. Mattel also creates a wealth of lines and products made in collaboration with leading entertainment and technology companies. With a global workforce of approximately 31,000 people, Mattel operates in 40 countries and territories and sells products in more than 150 nations. Visit us online at www.mattel.com.