Halifax, NS – 26 November 2015 – DHX Media (“DHX” or the “Company”) (NASDAQ: DHXM; TSX: DHX.A, DHX.B), a key player internationally in the production, distribution, broadcast and licensing of entertainment content for children and families, is pleased to announce that Company co-founder and Executive Chairman, Michael Donovan, was named Canada’s 2015 EY Entrepreneur Of The Year™ at a gala event in Toronto on November 24th. 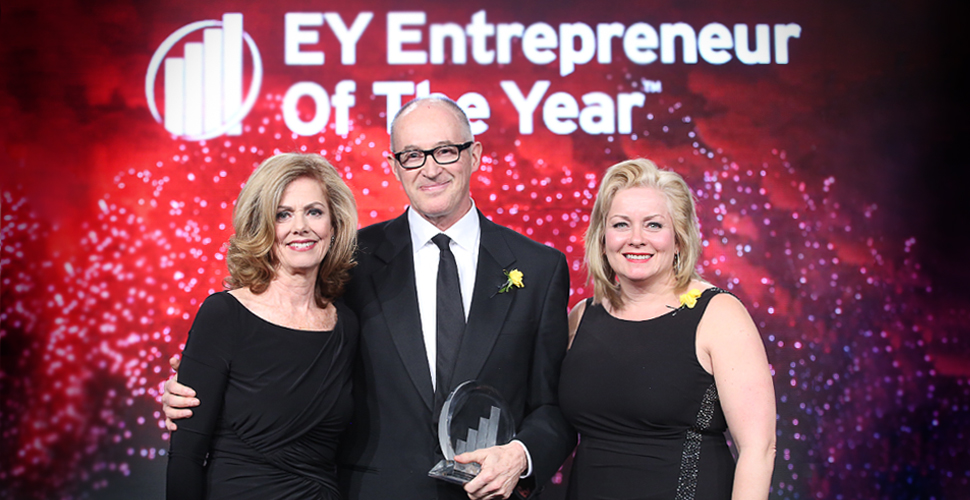 Mr Donovan commented: “It is a great honour to have received this award, especially given the strong caliber of the other finalists. I want to thank EY for their diligent work encouraging and supporting entrepreneurship, and I look forward to representing Canada at the world event.”

Under Michael Donovan’s leadership, first as CEO and now as Executive Chairman, DHX Media has grown from its $20-million IPO in 2006, to become a global leader in the kids and family entertainment industry, with a $1 billion market capitalization. DHX Media today employs more than 1,100 personnel worldwide, owns Canada’s largest animation studio and four leading children’s television channels, and is home to such iconic shows as Teletubbies, Inspector Gadget, Yo Gabba Gabba!, Degrassi and many others.

About Michael Donovan
Michael Patrick Donovan, Executive Chairman of DHX, has been recognized with numerous awards for his work in the television and film industry, including an Academy Award for the feature documentary Bowling for Columbine. Mr. Donovan was Chief Executive Officer of DHX from the time of the Company’s founding, in 2006, until August 2014. He co-founded and was Chairman and Chief Executive Officer of Salter Street Films, which was purchased by Alliance Atlantis in 2001. Mr. Donovan is a member of the National Advisory Council of the Academy of Canadian Cinema and Television, and is former Chair of the Board of Trustees of the Nova Scotia College of Art and Design (NSCAD). Mr. Donovan is one of the creators of This Hour Has 22 Minutes, one of Canada’s longest-running television comedy series; and he was producer and one of the creators of the multiple award-winning feature film, Shake Hands With the Devil. Mr. Donovan holds a B.A. (1974), LL.B. (1977) and LL.D. (Hon) (2004) degrees from Dalhousie University.

About DHX Media
DHX Media Ltd. (www.dhxmedia.com) is a key player internationally in the production, distribution, broadcast and licensing of entertainment content for children and families. Owner of the world’s largest independent library of kids’ and family content, at more than 11,000 half-hours, DHX Media is recognized globally for such brands as Teletubbies, Yo Gabba Gabba!, Caillou, In the Night Garden, Inspector Gadget, Make It Pop, Slugterra and the multiple award-winning Degrassi franchise. DHX Media is comprised of four main business units: DHX Studios creates high-quality original entertainment at its Vancouver and Halifax animation studios, its Toronto live-action studio, and in working with top international producers; DHX Distribution is a major provider of content to the global market; DHX Television, home to the Family suite of channels, is dedicated to delivering best-in-class programming to Canadian families; and DHX Brands specializes in creating, building and managing high-profile global entertainment brands within the children’s and young-adult markets. DHX Media also owns the full-service international licensing agency, Copyright Promotions Licensing Group Ltd. (CPLG), which represents numerous entertainment, sport and design brands. DHX Media has offices in 15 cities worldwide, including Toronto, Vancouver, Halifax, Los Angeles, London, Paris, Barcelona, Milan, Munich, Amsterdam and Beijing. The Company is listed on the NASDAQ Global Select Market under the ticker symbol DHXM, and on the Toronto Stock Exchange under the ticker symbols DHX.A and DHX.B.