Halifax, NS – 11 January 2018 – DHX Media (or the “Company”) (TSX: DHX.A, DHX.B; NASDAQ: DHXM), a leading global children’s content and brands company, announced today that a second season of its hit animated comedy series, Supernoobs has been exclusively licensed by Turner’s Cartoon Networks in Europe, the Middle East and Africa (EMEA), and in Asia Pacific. The 26-episode order, which has been greenlit by DHX Television’s Family Channel in Canada, is produced by DHX Media’s Vancouver animation studio.

“The global momentum continues for Supernoobs with a second ‘supercharged’ season, as characters Kevin, Tyler, Shope, and ‘the Roach’ get up to more crazy adventures,” said Josh Scherba, EVP, Content and Distribution. “Kids worldwide can’t get enough of this hilarious DHX Media original series, and Turner’s Cartoon Network as well as our own Family Channel are the perfect broadcast outlets to deliver a new season of thrills to them.”

These newly announced broadcast deals come on the heels of a recently announced agreement with Hulu, which saw the digital service take exclusive SVOD and FVOD rights for season one of Supernoobs in the U.S. The deals highlight the continued global demand for DHX Media original content across linear and digital services. 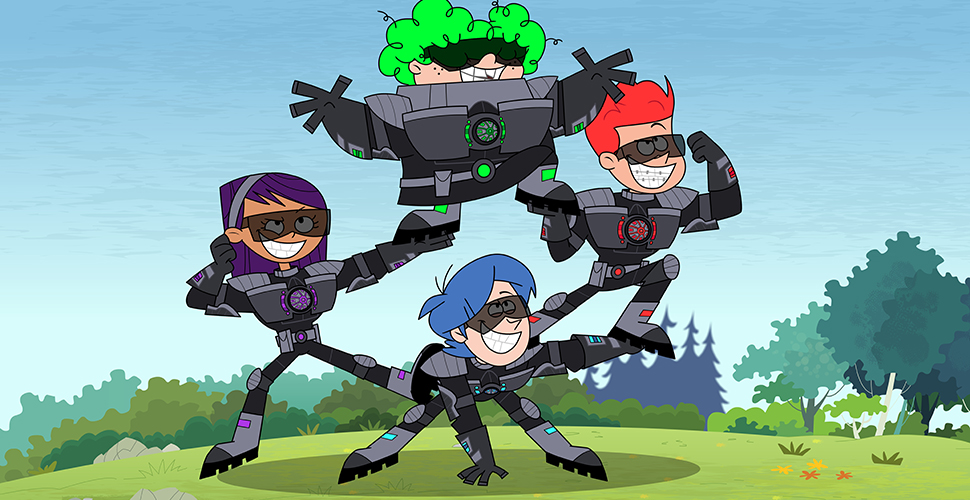 In season two of Supernoobs (26×22’), it’s more super chillin’, more super villains and more super battle ball action, as the Supernoobs begin to master their powers! Noob training is almost complete, and the superhero team is ready to take on Count Venamus and the Creators with a new attitude, new powers and all new episodes! But it won’t be easy: The Creators have stepped up their game since realizing Earth may be hiding a secret ancient weapon that could wipe out the space virus. Count Venamus and his new super-tough Mech-Army are ready to destroy the hidden Earth power – and the Supernoobs – unless they can defeat him first.

Aimed at kids aged six to 11, Supernoobs is created by Scott Fellows, who is also behind another DHX Media hit, Johnny Test.

About Turner International
Turner International operates versions of core Turner brands, including CNN, TNT, Cartoon Network, Boomerang and TCM Turner Classic Movies, as well as country- and region-specific networks and businesses in Latin America, Europe, the Middle East, Africa and Asia Pacific. It manages the business of Pay- and Free-TV-channels, as well as Internet-based services, and oversees commercial partnerships with various third-party media ventures; it teams with Warner Bros. and HBO to leverage Time Warner’s global reach. Turner operates more than 180 channels showcasing 46 brands in 34 languages in over 200 countries. Turner International is a Time Warner company.

Disclaimer
This press release contains “forward-looking statements” under applicable securities laws with respect to DHX Media including, without limitation, statements regarding the global demand for DHX Media content and the business strategies and operational activities of DHX Media. Although the Company believes that the expectations reflected in such forward-looking statements are reasonable, such statements involve risks and uncertainties and are based on information currently available to the Company. Actual results or events may differ materially from those expressed or implied by such forward-looking statements. Factors that could cause actual results or events to differ materially from current expectations, among other things, include market factors and consumer preferences and risk factors discussed in materials filed with applicable securities regulatory authorities from time to time including matters discussed under “Risk Factors” in the Company’s most recent Annual Information Form and annual Management Discussion and Analysis, which also form part of the Company’s annual report on Form 40-F filed with the U.S. Securities and Exchange Commission. These forward-looking statements are made as of the date hereof, and the Company assumes no obligation to update or revise them to reflect new events or circumstances, except as required by law.