Toronto, ON – 27 March 2017 – Following its successful theatrical release, the buzz-worthy film Kiss & Cry makes its broadcast debut on Family Channel on Friday, April 7 at 8 p.m. ET/PT. Starring Degrassi: The Next Generation alumni Sarah Fisher and Luke Bilyk, the romantic drama chronicles the real-life events of Toronto teen Carley Allison, an upcoming figure skater and singer who made medical history with her fight against an extremely rare type of cancer. Filmed in and around Toronto, the inspirational movie also stars singer/songwriter Chantal Kreviazuk and Backstage’s Julia Tomasone. 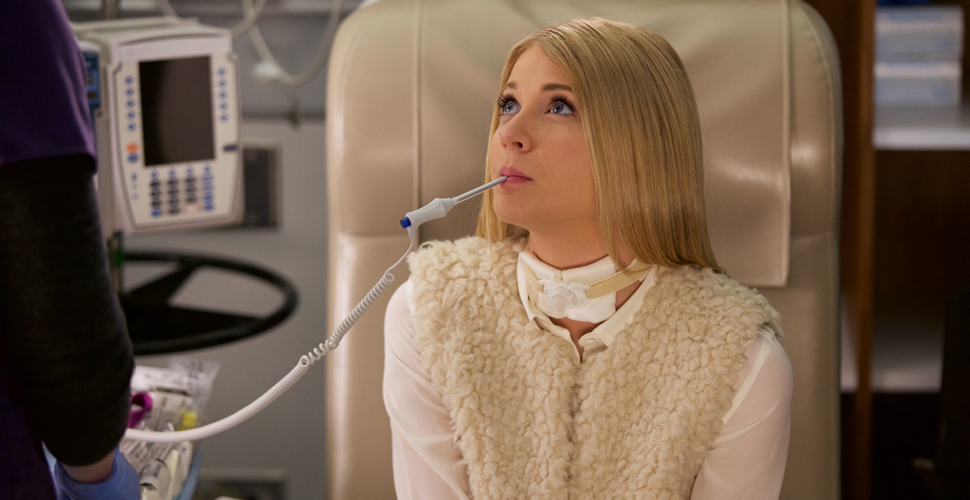 An inspirational, modern day love story full of the unexpected, Kiss & Cry follows Olympic hopeful Carley Allison (Sarah Fisher) who after passing her senior level skating test, suddenly experiences difficulty breathing. Awaking in the hospital, she receives news from her doctor that puts her dreams on hold – she has a rare form of malignant melanoma in her trachea, making her one of the only people in the world to be diagnosed with it. While dealing with this life changing news, Carley embarks on a relationship with her boyfriend John (Luke Bilyk) and begins a journey that sees her become a YouTube sensation, sing the national anthem at the Air Canada Centre and make medical history – all by the age of 19.

Following the movie’s premiere, Kiss & Cry will be available in the Popcorn Pix section of The Family Channel App and on Family OnDemand.

About DHX Television
DHX Television is comprised of Family Channel, Family CHRGD, Family Jr. and Télémagino, and is part of DHX Media Ltd., a leading creator, producer, marketer and broadcaster of family entertainment. Dedicated to celebrating family fun, DHX Television delivers best-in-class programming through premium subscriptions and its original production mandate, and creates and produces captivating in-market events that appeal to Canadian families. DHX Television is home to world-renowned series including The Next Step, Degrassi: Next Class and Teletubbies. DHX Media Ltd. has offices globally, and is traded on the NASDAQ and Toronto Stock Exchange