Toronto, ON – 6 October 2016 – Powerful performances and knockout numbers are set to takeover Family Channel this fall as new episodes from two of the network’s hottest series begin airing this month. Returning Friday, October 14 at 7 p.m. ET/PT, global sensation The Next Step continues to leave viewers on the edge of their seats as A-Troupe prepares for their regional dance competition, while dealing with the highs and lows of studio life. The new episode will be available to all fans across Canada, premiering on Family’s YouTube channel at 7:30 p.m. ET/PT. Meanwhile, the UK’s most talented singers take centre stage on Monday, October 10 with live performance episodes of The X Factor UK airing weekly, Mondays at 7 p.m. ET/PT, followed by results shows every Tuesday at 7 p.m. ET/PT. 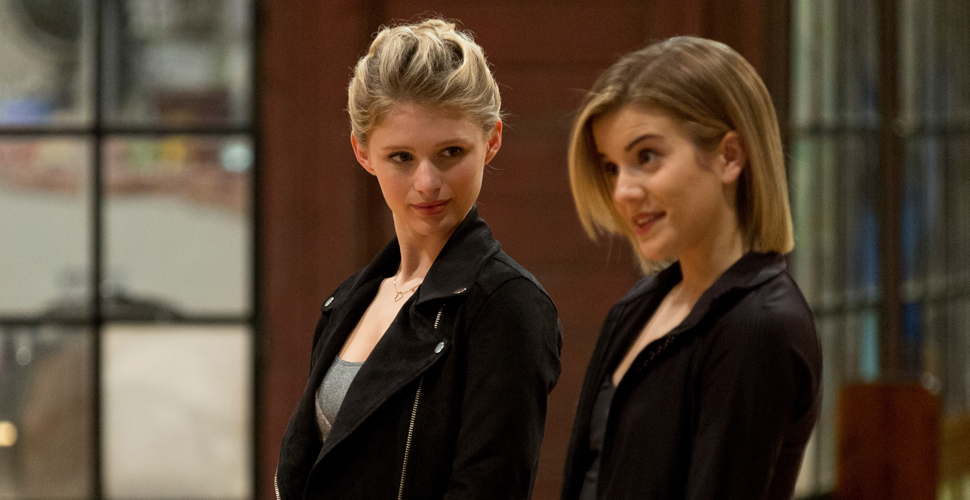 Fan-favourite Alexandra Beaton (left) makes a special appearance in new episodes of The Next Step.

Tension is at an all-time high for the dancers at The Next Step studio as the team deals with the recent departure of one of their best male dancers and Piper struggles with the fact that she saw Alfie and Riley kiss. Amidst all the drama, the team will need to come up with a plan and regain their focus if they want any hope of defending their championship title at Regionals. The popular tween drama returns October 14 with new episodes airing Fridays at 7 p.m. ET/PT. The fall season includes a guest appearance by the winner of the UK’s reality competition series Taking The Next Step and the return of fan-favourite Alexandra Beaton who reprises her role as Riley’s sister, Emily.

After impressing the judges in a grueling round of auditions, The X Factor UK contestants face their toughest and most exciting challenge yet: performing live in front of a studio audience and for millions of viewers at home. With eliminations looming weekly, the future stars will have to give it their all if they want to follow in the footsteps of past winners, One Direction, Olly Murs and Little Mix. Judges Simon Cowell, Sharon Osborne, Louis Walsh and Nicole Scherzinger will be on hand to offer their expert advice, but ultimately, the fate of the 12 remaining finalists lies in the hands of the public. New episodes of The X Factor UK air exclusively on Family on Mondays and Tuesdays at 7 p.m. ET/PT, with Tuesday’s results shows featuring surprise performances by some of the world’s biggest bands and acts.

Fans of both series can head over to Family.ca to learn more about the shows and check out their dedicated webpages. The Next Step boasts tons of cool games, fun clips and songs from the show, while The X Factor UK offers information abut the judges and full audition videos. Plus, Family Channel’s YouTube page has tons of extra content including performance pieces, get-to-knows, behind-the-scenes exclusives and more!

Those who want to see how it all began, or just can’t wait to watch it unfold again, can catch The Next Step in its entirety on Family OnDemand. New episodes of The Next Step and The X Factor UK will also be offered through the SVOD service as well as the Family Channel App as they become available weekly.

About Family Channel
Family Channel offers the best in family television entertainment in a premium, commercial-free environment. Dedicated to celebrating family life and providing a daily vacation for children and their families, Family airs a unique mix of top-rated Canadian and acquired series, movies and specials. Family is also home to F2N – an entertainment haven for teens that features high quality programs after 9 p.m. Family Channel subscribers have access to the Family Channel App, Family OnDemand and Family Online at no additional cost, to see hit movies and series when they want them, where they want them. Visit us at Family.ca.