Halifax, NS – 4 April 2018 – WildBrain, a leading digital kids’ network & studio, has been appointed the global manager for Chuggington (excluding Japan), the popular train-based animated preschool series that follows the adventures of three young but eager engines-in-training, on YouTube. As part of the agreement with Chuggington-owner Ludorum, WildBrain will manage and grow the hit animated series’ global audience across the YouTube platform.

“The entire WildBrain team is extremely pleased and excited to have been recognized by Ludorum as the right collaborator to help further build their Chuggington brand on YouTube,” said Jack Day, Senior Partner Manager, WildBrain. “Chuggington teaches young children valuable life lessons, like the importance of honesty and patience, and this is precisely the type of developmental content that WildBrain is skilled at managing. The team at Ludorum has done a magnificent job so far of building Chuggington’s audience, and we look forward to working with them to grow the international reach of this much-loved preschool brand.”

“Our new collaboration with WildBrain forms part of our global vision for Chuggington, an international brand with extensive digital reach and engagement among viewers and fans across all platforms, in their own languages,” said Nolwenn Meyer, Head of Marketing, Ludorum. “YouTube has always been key to Chuggington’s momentum and global reach, and we’re very pleased about this opportunity with WildBrain to further develop our YouTube platforms in key markets. We believe this marks a new direction and exciting times ahead for Chuggington.” 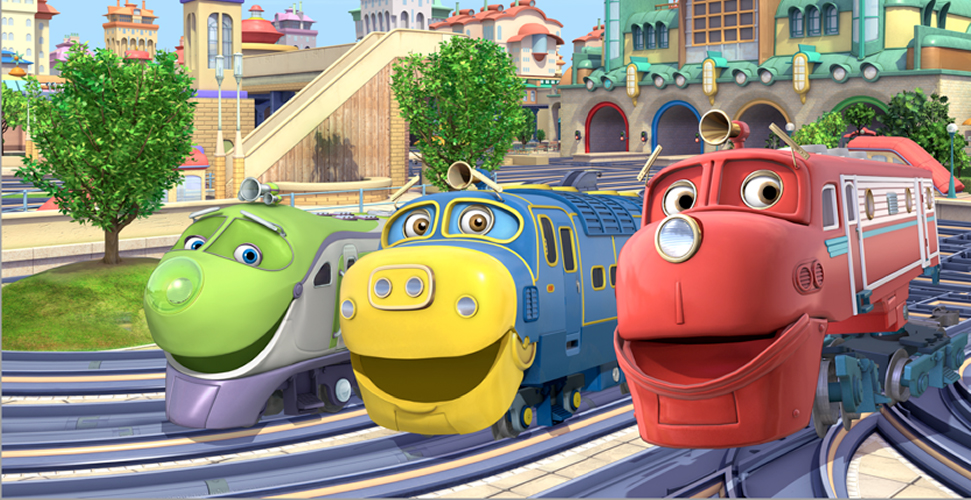 Under the deal, which went into effect February 2018, WildBrain will launch a minimum of eight new Chuggington-branded channels across various territories and languages this year to grow the brand’s global reach. New Chuggington content will be published to WildBrain’s core channels to introduce the brand to new audiences. WildBrain will also manage Chuggington’s existing YouTube channel, along with rights to its branded content.

With a popular animated TV series and various spin-offs, the Chuggington brand is popular and widely loved among preschoolers worldwide. Online, the series has a dedicated following with hundreds of thousands of fans keeping up with all of the “traintastic” adventures across social media. On YouTube, Chuggington currently boasts over 200,000 subscribers and on Facebook, the brand has close to 250,000 followers.

Chuggington is a CGI-animated TV series that follows the adventures of three main characters: eager Wilson, loyal Brewster and daring Koko, known as the three “trainees.” For these trainees, there’s always adventure, fun and excitement to be had as they explore the many locations in Chuggington and take on new challenges. With the help, encouragement and guidance of their respective mentors Jackman, Zack and Hanzo, and older chuggers such as joker Emery, ice-cream Chugger Frostini and super hero Action Chugger, Wilson, Brewster and Koko set out to be the best trainees they can as they learn to ride the rails of life to become full-fledged chuggers!

About WildBrain
WildBrain is an industry leader in the management and creation of preschool and children’s entertainment content on platforms such as YouTube, Amazon Video Direct and others. WildBrain’s branded YouTube network is one of the largest of its kind, featuring more than 65,000 videos for 600 kids’ brands in up to 22 languages. The WildBrain network generated over 55 billion minutes watch time from July through December 2017. Connecting kids’ content owners with advertisers in the Advertising Video-on-Demand (AVOD) space, the WildBrain network features popular third-party brands such as Bob the Builder, Fireman Sam, Shopkins and Lazy Town, as well as much of DHX Media’s world-renowned library of 13,000 half-hours of kids’ and family content, including Peanuts, Teletubbies, Strawberry Shortcake, Caillou, Inspector Gadget, Degrassi, Yo Gabba Gabba! and many others. WildBrain Studios also specializes in the creation of new, original content for its network, such as animated and live-action shorts; toy-play and stop-motion videos; book readings; preschool counting and alphabet videos; nursery rhymes and more. WildBrain is a wholly owned subsidiary of DHX Media (TSX: DHX.A, DHX.B; NASDAQ: DHXM).

About Ludorum
Ludorum is a global IP company dedicated to developing quality entertainment properties for television, interactive and new media. Ludorum is the creator of Chuggington. Ludorum was formed in 2006 and is based in London.